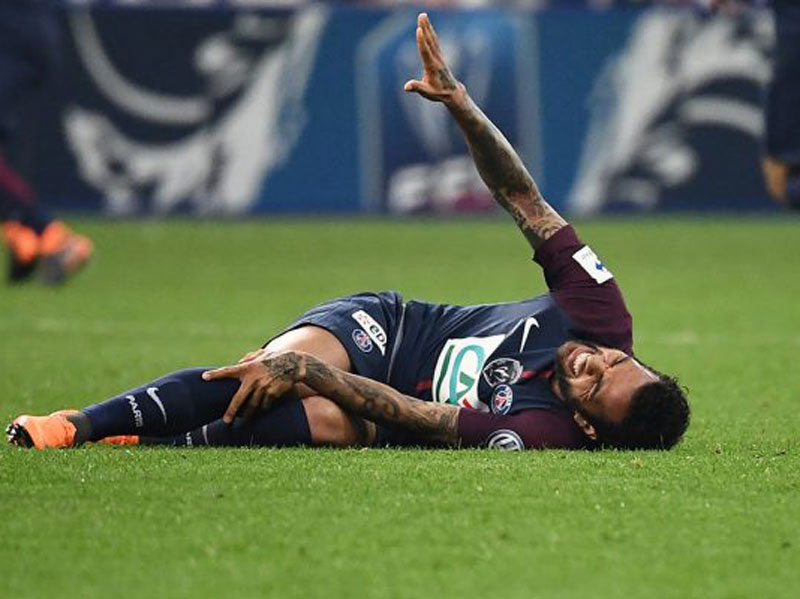 An injury to one is always a chance for another to make a name for himself.

Such is the situation now for Brazil’s right-backs. Russia was to have been the third and final World Cup in the career of Daniel Alves, and the crowning glory of his international career.  After featuring in midfield in 2010 and losing his place during the course of the 2014 tournament, finally he would have a chance to shine for his country in a team well set up to use his talents. Fate has decided otherwise, with a knee injury ruling him out.

“All of the full-backs in contention to substitute Daniel Alves are weak for the level of the Brazil team,” wrote the always perceptive Tostao in his column on Sunday.  It is up to Fagner or Danilo to prove him wrong.

The usual reserve has been Fagner of Corinthians, who played the only game in qualification that Daniel Alves missed. Coming up 29, he is quick and has learned how to operate in a compact back four. But both his moves to Europe – with PSV in 2007-08 and Wolfsburg in 2012/14 – fell short of expectations and many doubt his credentials to be Brazil’s first choice.

The other alternative is Danilo of Manchester City, whose club season has not been entirely convincing. He would seem more likely to be chosen as the back-up, his capacity to play in midfield helping him grab one of the final places in the squad.

It is all very different from the last time that Brazil lost a right-back on the eve of a World Cup. That was back in 1986, when Leandro withdrew from the squad, in an apparent act of solidarity with his friend Renato Gaucho, who had been dropped for indiscipline.

Leandro is a legend in Brazilian football, especially in Rio, where he displayed his undoubted class on a weekly basis with Flamengo. But he was probably not a wise choice for the right back berth in 1986. He suffered greatly with knee problems, and looked short of top physical capacity when he played at right-back in the 1982 World Cup.  By 86 he was well on the way to becoming a ball playing centre-back.

Without him, back up Edson suddenly became Brazil’s first choice – and there was a late call up for a relative unknown called Josimar, who made his way to Mexico imagining that he would play little part in the proceedings.

Instead, Edson was injured in the second game, Josimar came into the team – and the man who was not even supposed to be in Mexico became a global sensation, breaking forward with pace and athleticism and firing home sensational goals against Northern Ireland and Poland.

From a troubled background, Josimar was not built to cope with the demands of global stardom.  By the time of the next World Cup his international career was over and he was already a spent force. But for a few days in the summer of 1986 he was a household name in homes all over the planet.

The Josimar story is a heightened example of one of the charming aspects of the World Cup that has now largely been lost. In a pre-globalised age, so many of the players went into the tournament unknown by a mass public outside the land of their birth.  The World Cup was where reputations were made.

These days, of course, with the best talent from all over the globe congregated in a handful of European leagues, there is much less scope for the unknown-to hero story of a Josimar.  That hardly matters to the likes of Fagner and Danilo. They will take any chance they can get to be part of a Brazil side that hope to do what Josimar’s generation were unable to do – not only enchant the world with their style, but also bring the trophy home at the end of the competition.