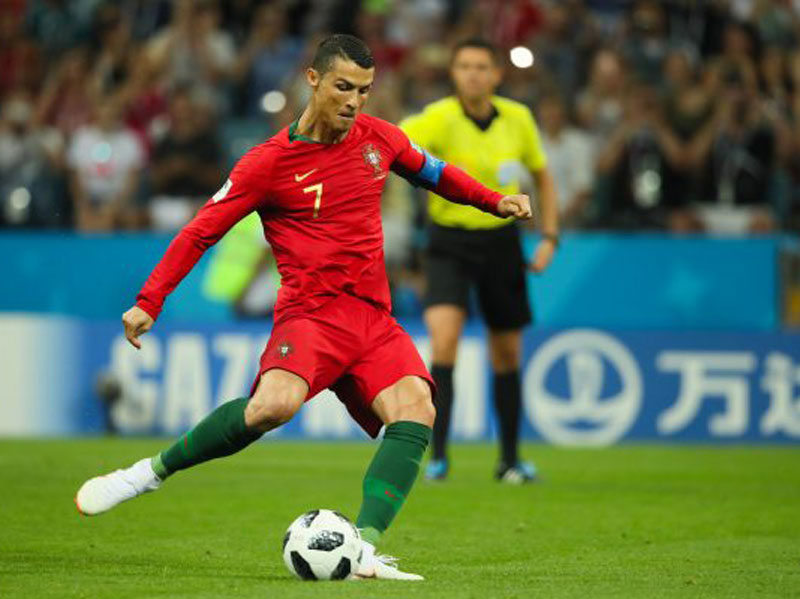 The Real Madrid man had scored twice in the first-half of the Group B match, once from the penalty spot and the other due to a howler of a mistake from Manchester United goalkeeper David de Gea. However Portugal looked to be headed to a crushing defeat thanks to Nacho’s  wonder strike midway through the second-half.

With time running out, Spain conceded a free-kick in a dangerous position when Gerard Pique fouled Ronaldo twenty-five yards out from goal.

It was, of course non other than Ronaldo, who stepped up to take the free-kick and he curled the ball sublimely round the leaping wall and into the top corner of the goal.

The match ended 3-3 which meant that, thanks to their win earlier in the day, Iran topped the group after round 1.