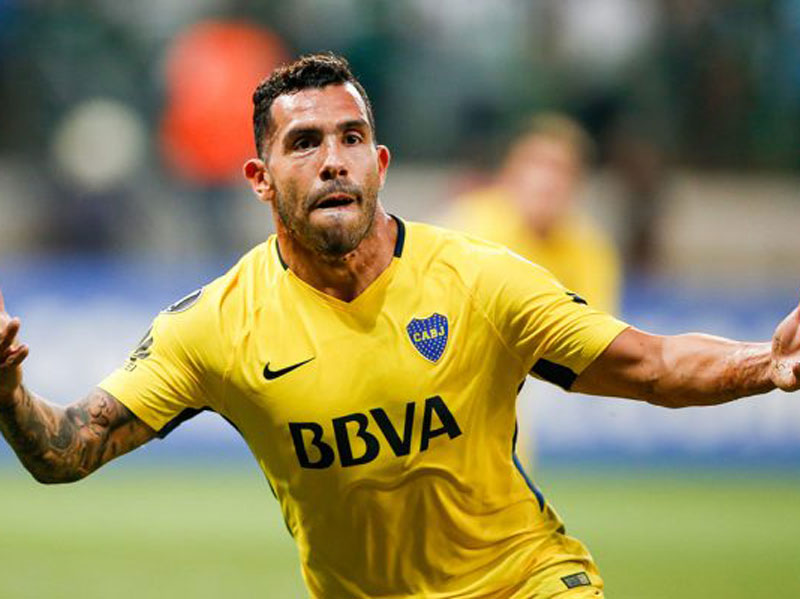 The Libertadores Cup very nearly came to an early end for one of the pre-tournament favourites.

Reigning champions of Argentina – and very close to retaining their domestic title – Boca Juniors would have been knocked out at the group stage had they lost away to Junior of Colombia last Wednesday.

It looked like a tough game. Junior are a side with considerable virtues. Boca had to make a long journey up to Barranquilla near Colombia’s Caribbean coast. And the match was played in fierce late afternoon heat – very different conditions from Boca’s previous game, a league clash away to Gimnasia which was halted due to excessive Autumn rain.

Boca went a goal down – and needed an own goal to draw level. The point keeps them alive in the Libertadores. But going into the final round of group games, they are not masters of their own fate. Winning at home to Peru’s Alianza Lima should be straightforward enough.  But it will not be sufficient if Junior win away to Palmeiras of Brazil, who have already booked their place in the knock out phase and might be inclined to take their foot off the pedal.

Boca are anxiously looking over their shoulder after chalking up just one win and scoring only three goals from five group games. It is an very disappointing return – especially bearing in mind the hopes engendered by the return at the start of the year of the prodigal hero, Carlos Tevez, for his third spell with the club.

It could well be, though that Tevez is part of the problem.

South American club football has grown sadly accustomed to saying farewell to its best players at an ever younger age. There is a death of genuine idols. So when a star name comes back, it is a big deal. He may be well past his best. But for the fans, he is one of their own, coming home sprinkled with global star dust. This gives him real power.

In the case of Tevez, this is amplified still further by the context; he is more than just a player. With his “born on the wrong side of the tracks” background, and a physical build and personal biography that bears comparison with the great Diego Maradona, Tevez is a living symbol of what Boca Juniors are supposed to stand for.

And so Tevez is given privileged status. But it is not clear that he is still worthy of the privileges he receives. Certainly, the team functioned better last year, before the injury suffered by centre forward Dario Benedetto. Tevez was never gifted with express speed.  But at 34 he no longer appears quick enough to shine consistently at centre-forward. And when he wanders deeper he can tread on the toes of the team’s Colombian playmaker Edwin Cardona.

On Sunday Boca coach Guillermo Barros Schelotto substituted Tevez – the first time it has happened to him in this current spell – with half an hour of the home game against Union Santa Fe still to go. The game was goalless at the time. Boca went on to win 2-0 to move within a point of the league title – and proved to themselves that there is no need to depend on their idol. The link up of winger Cristian Pavon and Ramon Abila – a genuine centre forward – gives them other options.

Schelotto will hope to have time to hit upon the right blend in the Libertadores. Assuming they make it out of the group they will have some two and a half months to plan for a knock out phase, which does not kick off until August.

Before that, of course, they have to rely on Palmeiras not being beaten by Junior. For Boca’s sake, it is just as well that Junior have idol problems of their own. In the case of the Colombians, the returning hero is striker Teo Gutierrez, who made his name with Junior a decade ago and moved back to the Barranquilla club last year.  His talent has always come together with controversy. He turns 33 next week and is showing signs of decline. His status makes him hard to drop, but his presence can unbalance the side, who can look top heavy and lack fluidity when they play with two strikers as well as a pair of wide attacking midfielders.

He did score an early goal on Sunday that helped ensure Junior’s qualification for the play off stages of the Colombian championship. In the Libertadores, though, he has not found the target in five group games.

Indeed, in Wednesday’s disappointing 1-1 draw between Junior and Boca, it was possible to come to the conclusion that both sides were suffering from a similar syndrome – that of giving excessive importance to a returning hero.