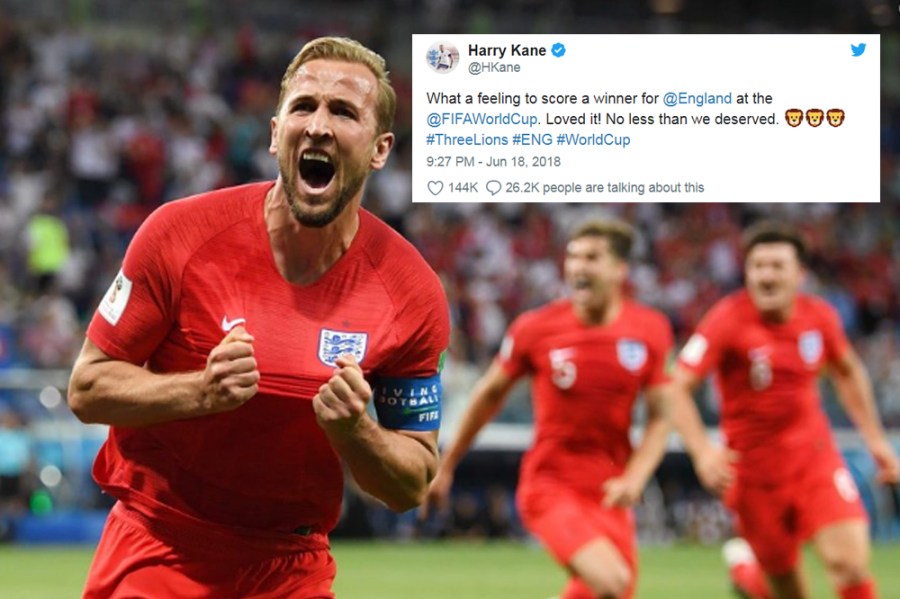 It was an exciting opening weekend of the World Cup with plenty of big performances from the underdogs, and as ever social media was abuzz, so we’ve trawled through Twitter to bring you the best World Cup tweets of the week.

The highlight of the round was the gargantuan clash between Portugal and Spain which finished  in a 3-3 draw. All great games need great players to step up to the plate and Cristiano Ronaldo did just that with a sensational hat-trick including a third from a free-kick in the 89th minute, which was one of those moments when he insists that the world stops what it is doing to watch.

Here are the highlights courtesy of BBC

That free kick again from another angle:

The following day the main headline was ‘Argentina rue Lionel Messi penalty miss as Iceland hold out for dramatic draw’. The draw was no less than Iceland, who are the smallest nation ever to play in a World Cup finals, deserved.

If Messi was the villian, Hannes Thór Halldórsson was the hero.

The Icelandic goalkeeper is also a film director, and directed this fantastic commercial for Coca Cola that will air in Iceland during the World Cup:

Alfred Finnbogason made history for Iceland scoring his country’s first goal at a World Cup:

Moment of the Day 👀

When @A_Finnbogason drew #ISL level against #ARG on their #WorldCup debut ️⚽️

For a nation with a population of only 330,000 they have huge support out in Russia:

The next day two of the favorites, Brazil and Germany, started their World Cup campaigns.

Despite this early contender for goal of the tournament from Philippe Coutinho, Switzerland held out to neutralise Brazilian firepower and earn share of points

Brazil only managed a draw but defending champions Germany were stunned by Mexico. Hirving Lozano’s first-half goal was the difference between the two sides in an enthralling encounter in Moscow.

Moment of the Day 👀

The celebrations in Mexico apparently registered on the Richter scale:

#Mexico fans are believed to have caused a minor earthquake as they celebrated their team's shock win over Germany at the #WorldCup. Read the story here: https://t.co/WRs1ftqiRV pic.twitter.com/1cBsyGsjDE

In England‘s opening game of the tournament Harry Kane came to the rescue with an injury time winner, his second of the match, to beat Tunisia.

One young fan couldn’t control his excitement as the winner went in:

After the match Harry Kane took to Twitter to voice his joy in scoring a brace on this World Cup debut.

What a feeling to score a winner for @England at the @FIFAWorldCup. Loved it! No less than we deserved. 🦁🦁🦁 #ThreeLions #ENG #WorldCup pic.twitter.com/Pq93wOKHAd

In the final match of the round Senegal beat Poland 2-1. But it was their fans who were stealing the headlines:

Think Senegal are going to add something special to this #WorldCup

This is their second fan group – equally fantastic! pic.twitter.com/exyttuDxnq

This is my favorite thing today – Senegal fans stayed to clean their section after celebrating their #WorldCup win against Poland pic.twitter.com/GSZSpmcH0h