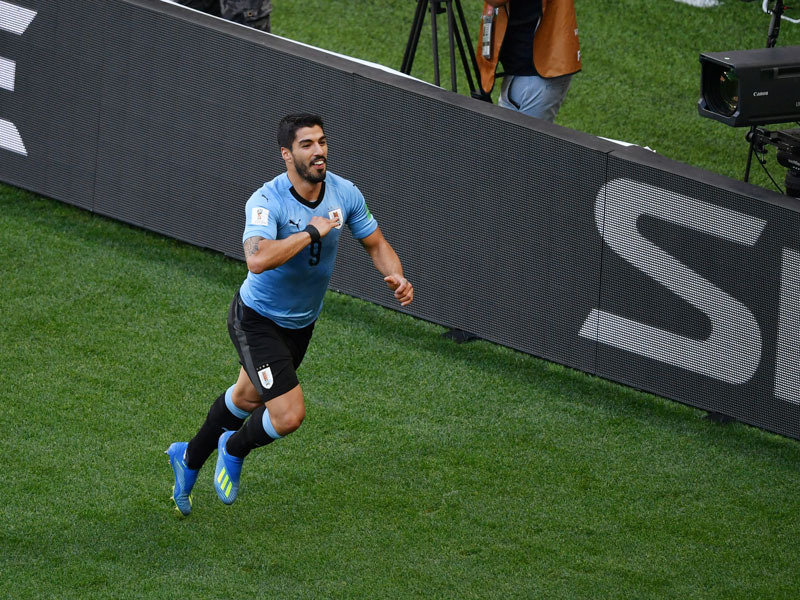 Tim Vickery’s Notes from South America: A Change Of Formation Could Work Wonders For Uruguay

With their new model of developing players through a youth process, England are taking a leaf out of Uruguay’s book.  And Uruguay, meanwhile, have run into a problem that dogged England in so many previous World Cups.

The base formation that Uruguay have used for the last few years is a 4-4-2 – the best way, they think, to accommodate both Luis Suarez and Edinson Cavani.  It has served them well.  But, unless they have been up against weak opposition, they have been a reactive side, sitting back with their two banks of four and waiting for the moment to charge forward.

Now, though, the characteristics have changed.  The promotion of a new generation of ball playing midfielders has switched the emphasis of the side.  They now look to play higher up the field, keeping possession and playing their way down the field.  This has been amplified by starting their World Cup campaign against Egypt and Saudi Arabia, matches in which Uruguay have been obliged to take the initiative.

Their displays have been competent enough.  No one has defended better.  But in possession Uruguay have not been able to make the ball fizz as they had hoped – and much of this has to do with the deficiencies of 4-4-2 in a team seeking to attack.

Just as was so often the case with Frank Lampard and Steve Gerrard with England, Uruguay’s midfield duo have found themselves outnumbered.  Matias Vecino has not started the tournament well, and while Rodrigo Bentancur has enjoyed some classy moments, he has not been able to control matches in the manner that Uruguay had hoped.  It has been hard for them.  Usually they are up against three men and are lacking options to keep the ball flowing.

At the end of March, Uruguay beat the Czech Republic and Wales to win the China Cup, and they did it in style.  Then, the 4-4-2 worked.  But that was an important difference from the Uruguay we have seen in the World Cup.

Back in March, coach Oscar Washington Tabarez improvised with Diego Laxalt at left back.  He is by nature a left sided midfielder.  But he adapted well, providing lung power and pace up and down the flank.  And, crucially, with Laxalt taking the flank, the left sided midfielder could tuck in and join Vecino and Bentancur, levelling things up with the opposition and allowing Uruguay to get their moves going.

In Russia, though, Tabarez has gone back to Martin Caceres at left back.  This made some sense against Egypt, where there was the potential threat of Mo Salah being unleashed down that flank.  But it was hard to understand against Saudi Arabia.  Laxalt came on in that game – but not for Caceres.  He replaced Cristian Rodriguez, the left sided midfielder.

In the opening game, that position had been filled by playmaker Giorgian De Arrascaeta – who looked as lost as Paul Scholes on the left of midfield during his England days.  Right footed, and with a right footed defensive full back behind him, De Arrascaeta was hung out to dry.  His failure was predictable from the moment that the team line up was announced.

Given these problems, it is probably not surprising that in training for the Russia match, Tabarez has been looking at 3-5-2, a system he frequently during the 2010 World Cup cycle.  Playing that way he can still have the defensive security offered by Caceres, but this time as a third centre back.  Laxalt can give him width as a left wing back.  And, crucially, he can bring a third man into the centre of midfield, with Lucas Torreira joining Vecino and Betancurt.  Vecino can sit, Bentancur can dictate the rhythm and the dynamism of Torreira can solve problems, with and without the ball, wherever they arise.  It is worth a look, especially in a glorified friendly, as Uruguay prepare for the last 16.  They have won their first two World Cup games for the first time since 1954.  Now they need to show they are ready to win the ones that really matter.