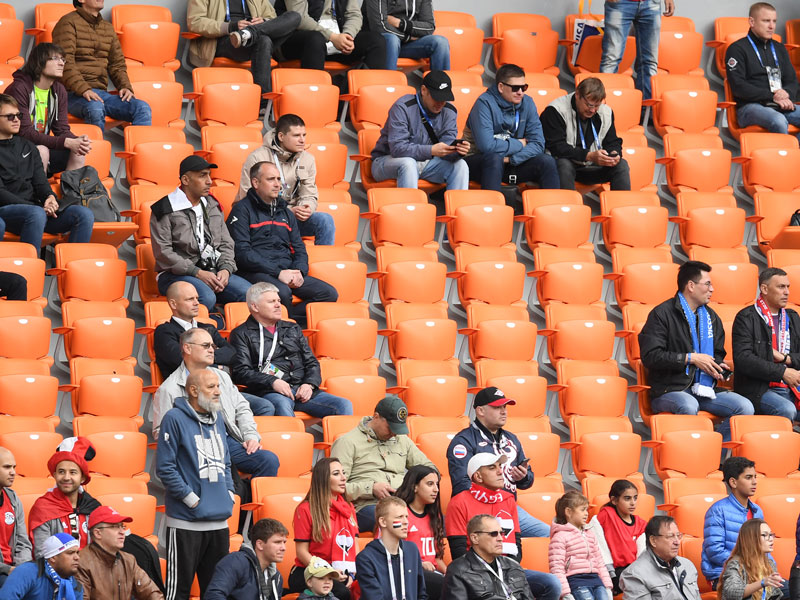 The second game of the tournament is Egypt up against Uruguay and there was much anticipation for the match.

However it has been hard to ignore the ridiculous amount of empty seats at the Yekaterinburg Stadium.

The stadium had to be altered in the first place with temporary stands added that sit behind each goal. Protruding outside of the stadium, FIFA introduced them to make sure the stadium is above the 35,000 required minimum. They will be taken down after the tournament but there was not much point because even the seats close to the pitch were not filled by any stretch. 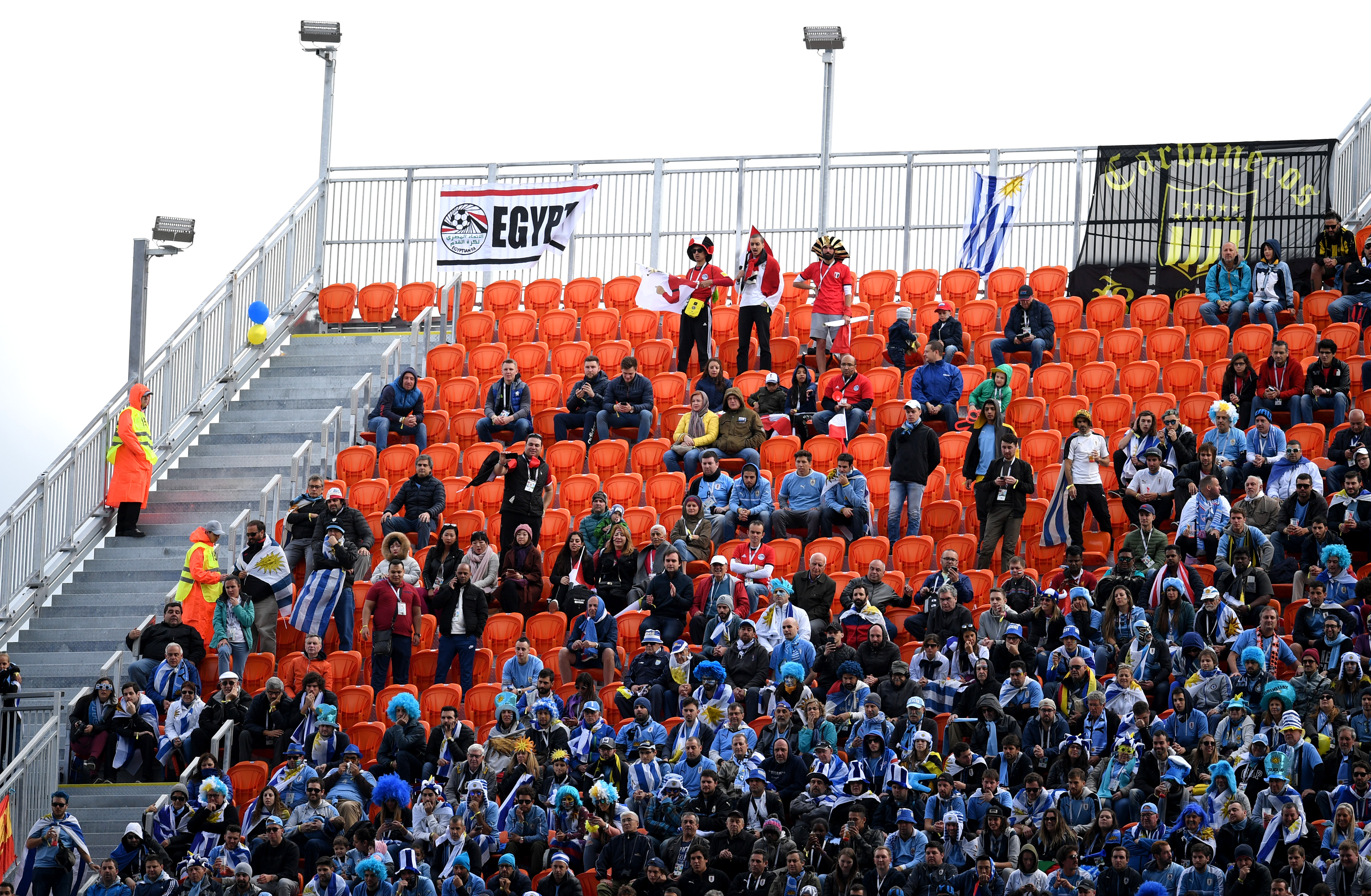 YEKATERINBURG, RUSSIA – JUNE 15: Empty seats are seen in the stands during the 2018 FIFA World Cup Russia group A match between Egypt and Uruguay at Ekaterinburg Arena on June 15, 2018 in Yekaterinburg, Russia. (Photo by Matthias Hangst/Getty Images)

Price could have been a problem with one ticket supposed to have cost north of £300 or 25,000 rubles which is a lot of money. Location could also be the reason due to it being the stadium furthest East.

Commentary team just mentioned how the average ticket is going for £300. I know there are mitigating factors (inflation, currency strength etc.) But 2010 average was not more than £60. It's no wonder half the stadium looks empty #WorldCup #EGYURU

I don’t remember as many empty seats at a football World cup match as see at this #EGYURU match.

Ticket prices or the hosts? pic.twitter.com/DhSHDA92CA

Regardless, the Egyptian supporters were loud and proud even with their icon, Mohamed Salah on the bench. But both sides were struggling to show rhythm and flow in the first half with Luis Suarez having the best chance but could not guide the ball home. At half time the score was 0-0.

This game has been in stark contrast to yesterdays opener between the hosts Russia up against Saudi Arabia. A largely filled Luzhniki Stadium saw the hosts smash the Saudi Arabians by five goals to nil to get their world Cup off to the perfect start.

Lets hope more stadiums are filled throughout the tournament.