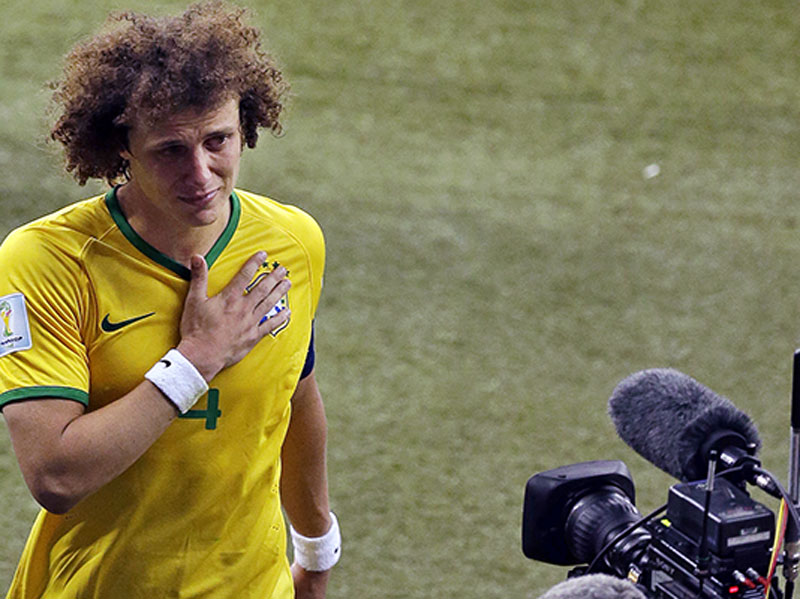 As the Brazil players gather in their training camp in the hills outside Rio de Janeiro, a handful of them may well recall the mood when they assembled in the same place precisely four years ago.

“We have one hand on the trophy,” said the technical co-ordinator Carlos Alberto Parreira, a man with an awe inspiring amount of World Cup experience, as coach Luiz Felipe Scolari’s squad met up in May 2014.  This was a fair reflection of the feeling at the time.

A few months earlier, Scolari had given a lecture to an audience of Brazilian coaches. Exuding an air of absolute confidence, he declared that “we have done the hard part. We’ve found our team.” The side that had beaten Spain 3-0 to win the Confederations Cup were seen as world champions on waiting. This was not the first time that Brazil had attached too much importance to the Confederations Cup. But with a settled side and home advantage, there were grounds for optimism.

The extraordinary story of the next few weeks is essentially one of what happened to this confidence – ebbing away bit by bit until one scarcely believable afternoon in Belo Horizonte brought about a candidate for the most amazing result in World Cup history.

Brazil prepared with a routine 4-0 win over Panama, followed by a laboured single goal triumph against Serbia. There was no cause for alarm. This was merely the warm up phase in a competition that usually goes to the side that peaks at the right time.

Then Brazil kicked off their home World cup with a 3-1 win over Croatia in Sao Paulo. The scoreline looks healthy enough, but the reality was not impressive.  Indeed, the game turned on the award of a highly dubious penalty, and might otherwise have finished as a draw. Still, though, there was no cause for alarm. The opening games of a World Cup are notoriously nervy affairs, and seldom serve as accurate reflections of a team and its possibilities.

And then came a game which is unlikely to live long in the collective memory, but which in fact was hugely significant. Up in Fortaleza Brazil were held to a goalless draw with Mexico.

True, Mexican keeper Guillermo Ochoa made some smart saves. But for the bulk of the proceedings Scolari’s side looked so desperately ordinary. There was a common phrase heard coming from the press box; “is this really all they’ve got?” For the first time there were serious doubts that Brazil might not be good enough to win the tournament – and, like a nagging toothache, these doubts started invading the minds of those inside the camp.

An easy win over Cameroon in the final group game was not much of a morale boost.  Brazil’s opponents were possibly the worst team in the tournament, and there was a huge step up between that, a gentle stroll, and the next match, when losing would mean elimination.

Signs of strain were showing. Scolari called a meeting of some of Brazil’s leading football journalists. There was a danger, he told them, of a conspiracy against his side. The penalty they had been awarded against Croatia had gone down badly, and Brazil were now unlikely to win many marginal decisions. It all seemed like the irrelevant wanderings of a worried mind.

But it all could have ended in the next game. The second-round tie with Chile went to extra time, and with the last kick, opposing striker Mauricio Pinilla rattled Brazil’s crossbar. And so it went to a shoot out. Captain Thiago Silva made it clear that he was out of his emotional depth by sitting apart from his team-mates sobbing his heart out. Brazil came through, but the weaknesses were being exposed.

In the quarter-final against Colombia they appeared to come out with a gameplan of taking it in turns to kick James Rodriguez, the star of the tournament until that point. It was ugly, it was desperate – and it rebounded on them. With David Ospina not having a happy afternoon in the Colombian goal, Brazil won 2-1. But they lost two key players. Thiago Silva picked up a silly yellow card and was suspended. And the game’s high foul count produced a casualty – Brazil’s star man Neymar received a knee in the back that ruled him out of the rest of the tournament.  And next up came the Germans.

Scolari could have packed the midfield for the semi-final. Instead he introduced young winger Bernard to replace Neymar. It was a bold choice. But it was soon revealed to be little more than bravado. From the moment that Brazil conceded the first goal, the entire team fell to pieces and the Germans hardly had to break sweat to score seven.  Brazil’s confidence – seemingly unshakeable just a few weeks earlier – had entirely collapsed.