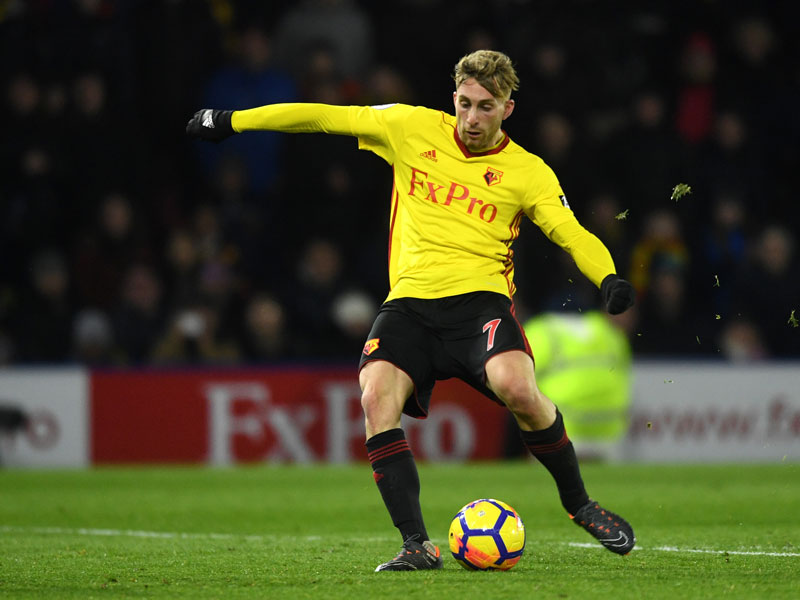 Brian Glanville: Where Are All The Wingers?

You look at the various World Cup squads and you ask yourself, where are the wingers? Where are the Brazilian successors to those marvellous outside rights Julinho, Garrincha and Jairzinho? Where are the English successors to the incomparable Stanley Matthews – who did once come off the right flank to score three times against the Czechs – and Tom Finney, who admittedly wound up as an deep-lying centre forward.
Of course there is a tendency among supremely gifted wingers to come off the flanks and become less dependent on passes in the middle. Notably George Best who was a teenaged marvel on either flank for Manchester United.
Here and there, outside the Russian tournament, you do find a solitary winger. Such as the 20-year-old Ademola Lookman, whom Everton rashly let go on loan to RB Leipzig in the Bundesliga. A player I admired from his early days on the flank with Charlton Athletic.
Then there is the much travelled left flanker Gerard Deulofeu. Watford have given him a five-year contract after using him on loan last season. A product of Barcelona, who have now definitively sold him for £11.5million, Deulofeu played on loan for Everton, who subsequently bought him, after playing on loan for Sevilla, and was in impressive form for Milan in Italy. Barca bought him back but have now transferred him again.

Of course the remarkably gifted Cristiano Ronaldo was a teenaged wing phenomenon at Manchester United, but at Real Madrid, he has largely moved into the centre.

****************
Yet again one must say that only a true winger can get outside his marker, reach the byline and pull the most dangerous pass in the game back into the middle.
Meanwhile there is an alarming new tendency for the brightest young English talents, and not only Lookman, to move to Germany. Of late, the precocious 16-year-old striker Sam Greenwood seems certain to leave his English club Sunderland, who are desperate to keep him, and join VfB Stuttgart in the Bundesliga. I suppose with Sunderland slipping into the English third division – whatever fancy name it give itself – this could hardly be such a surprise.
Jadon Sancho, 18 years old, released by Manchester City, has excelled with Borussia Dortmund. The Spurs winger, Keanan Bennetts, has left for Borussia Monchengladbach, where he joined Mandela Egbo, ex Crystal Palace and England under-18 defender. Marcus McGuane, 19, was good enough for Barcelona to take him from Arsenal. While Benfica acquired the 20-year old Chris Willock from the Gunners.

So far as English soccer is concerned it seems to me a thoroughly unhealthy trend, indicating a manifest impatience among senior clubs who rather than give time to developing their own young players would prefer to pour out huge sums of money to get stars from abroad. Yet England‘s teenaged teams have done triumphantly well.

England could have done worse than to take Aston Villa’s 22-year-old inside forward – for that is what he is – Jack Grealish to Russia. To ignore players who are not operating in the Premiership hardly makes sense. Born in nearby Solihull, he may well have moved by the time you read this. There is no doubt of his talents and it is hard to see what the Italians call a ragista, or director, in that England squad, though Loftus-Cheek arguably comes the nearest.  Oh for a Pirlo!

**************
Speaking of wingers, Alf Ramsey’s team that won the 1966 World Cup were known as the wingless wonders, but to give Alf his due he tried several actual wingers in the early stages with scant success. But in the Final Alan Ball moved out of the middle to the right flank to cause chaos in the German defence and run Karl Heinz Schellinger ragged.

That Roman Abramovich, in what looks like something of a petulant response to being kept out of England, has pulled the plug on plans to develop Stamford Bridge into a huge stadium in a four-year project may be something of a blessing in disguise. Fours years is a very long time to be away from home. Would supporters relish Wembley?
At World Soccer we will update you with all the news related to the World Cup on our website. Make sure you know about the Groups, Friendlies, Dates, Fixtures, Stadiums, TV Schedule, Qualified Teams by clicking on the highlighted links.