Before and during the World Cup, the running joke in England has been ‘football is coming home’ in reference to the Euro 96 song ‘Three Lions‘ by Baddiel, Skinner and the Lightning Seeds. It started as an optimistic, humorous chant but as the tournament has gone on, it has been tinged with genuine anticipation and belief that England could win the World Cup.

However, they must face Croatia in the second World Cup semi-final first and that is by no means a certain victory.

Croatia are difficult to read during the tournament. During the group stages, they looked imperious as shown by their 3-0 demolition of Argentina. But they have had to play a lot of football in the knockout rounds, because both of their matches against Denmark and then Russia had to go to extra-time and then penalties.

They must be tired and some key players for them, like Mario Mandzukic and Daniel Subasic, looked physically exhausted after their match against Russia. But with their world class midfield of Ivan Rakitic and Luka Modric, they cannot be overlooked. The question is how much do they have left in the tank?

England beat Colombia on penalties, but then looked solid against Sweden to win 2-0 so they should be fresher. Despite getting this far, England have still received a fair amount of criticism.

Many have said they have not played against anyone decent or competitive, which is true but completely unwarranted because they can only beat the team that is in front of them.

Additionally, a large amount of criticism has been levelled at Raheem Sterling which is both fair and unfair. Yes he needs to score a goal, but the idea that he should be dropped for not scoring is totally ridiculous. He puts in a huge amount of work and creates space for others which should not be overlooked. Marcus Rashford is a better impact substitute so the majority of criticism towards Sterling has been completely unnecessary and unjust.

The good thing is, it appears as if Gareth Southgate ignores a lot of this and will play the same team against Croatia. It is a team with huge potential and is more than capable of getting to the final. Time will tell if they are able to.

Sweden played more defensively against England so did not utilise the space left in England’s midfield, but given Modric, Rakitic, Marcelo Brozovic, and Ivan Peresic are in the Croatian midfield, they will be more adept at using that space. Therefore Jordan Henderson will be key for England in closing down that space and Croatian midfielders. He will also act as the link between the defence and the attack. He needs to put in a massive performance. 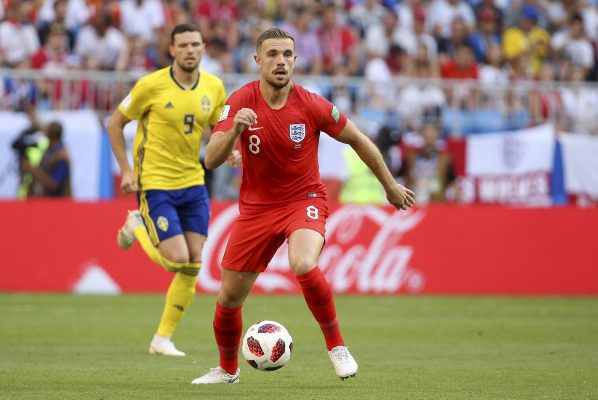 Henderson is our player to watch against Croatia (Getty Images)