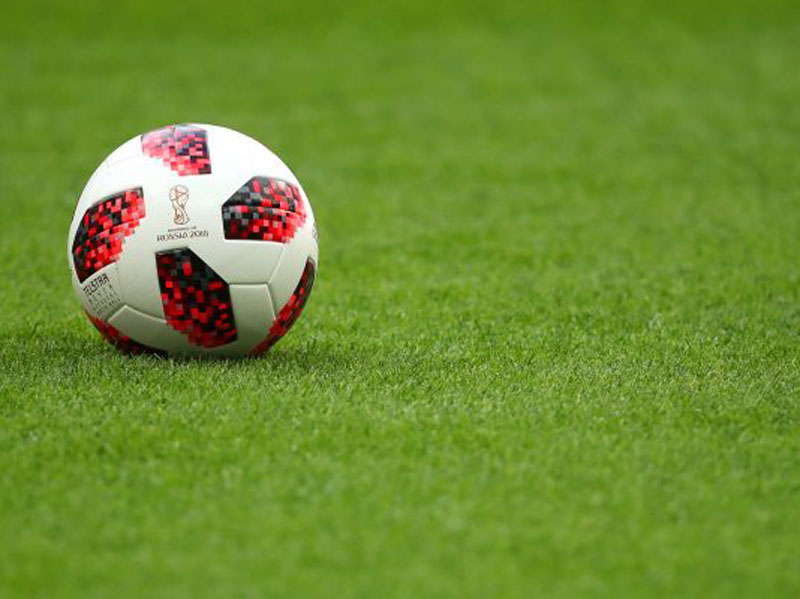 The World Cup Ball has changed a lot over time, getting lighter and more technical in design. The materials have changed over time as has he manufacturer responsible for designing and providing the balls for the tournament. Below we have put together a definitive list of each official match ball at each of the World Cups, including the one which will be used later on this year in Russia.

A different form of the Telstar 18, the Mechta is different purely because of the red colour way and will be used throughout the knockout stages of the 2018 World Cup. 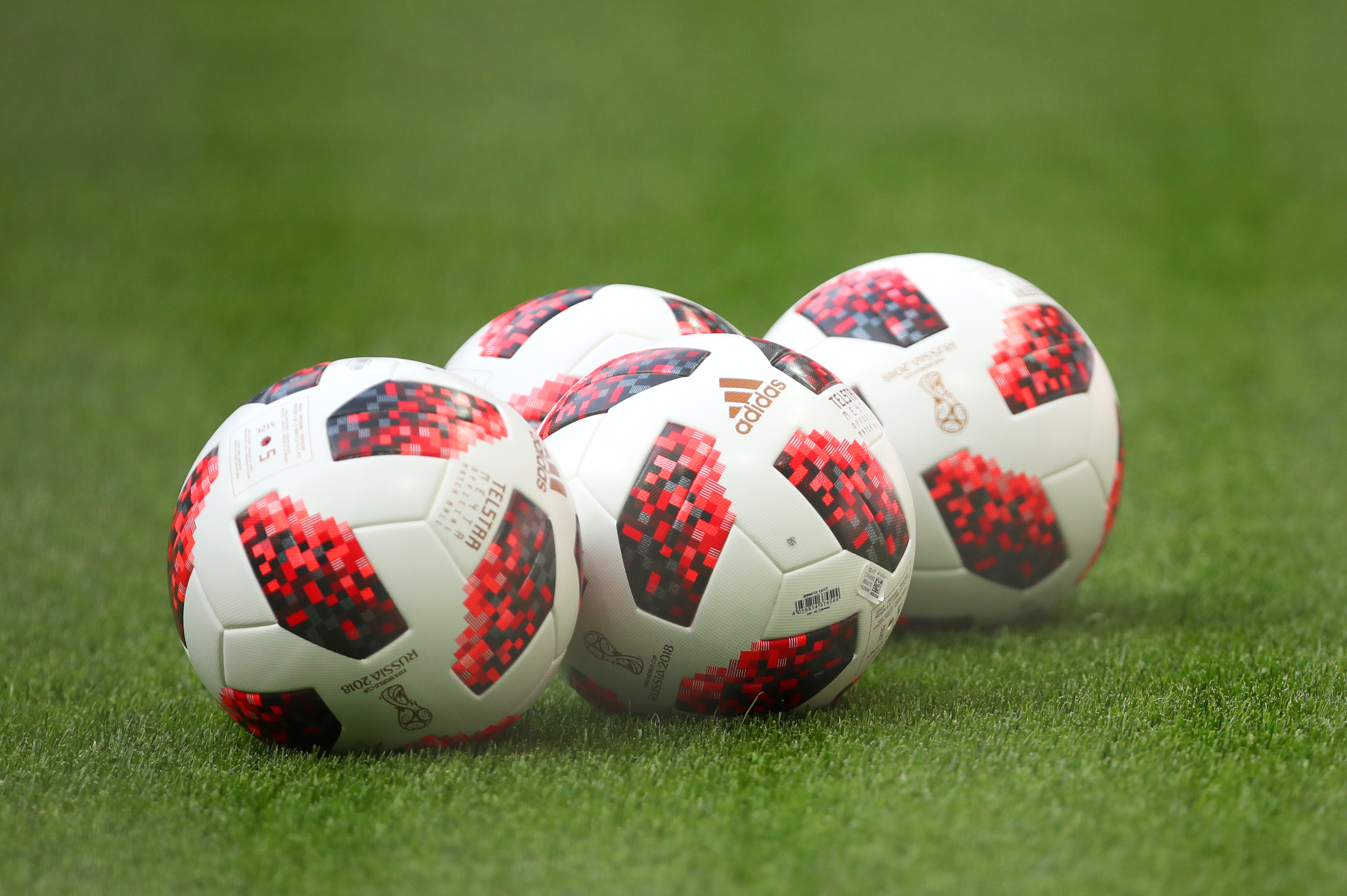 The Telstar 18 by adidas will be used in Russia later on this year. Designed to be a modern interpretation of the iconic 1970 Telstar ball, the ball only has six panels in an innovative design whereas the original Telstar had 32 panels fastened together. It is not know yet whether Adidas will produce a special edition version for the final. 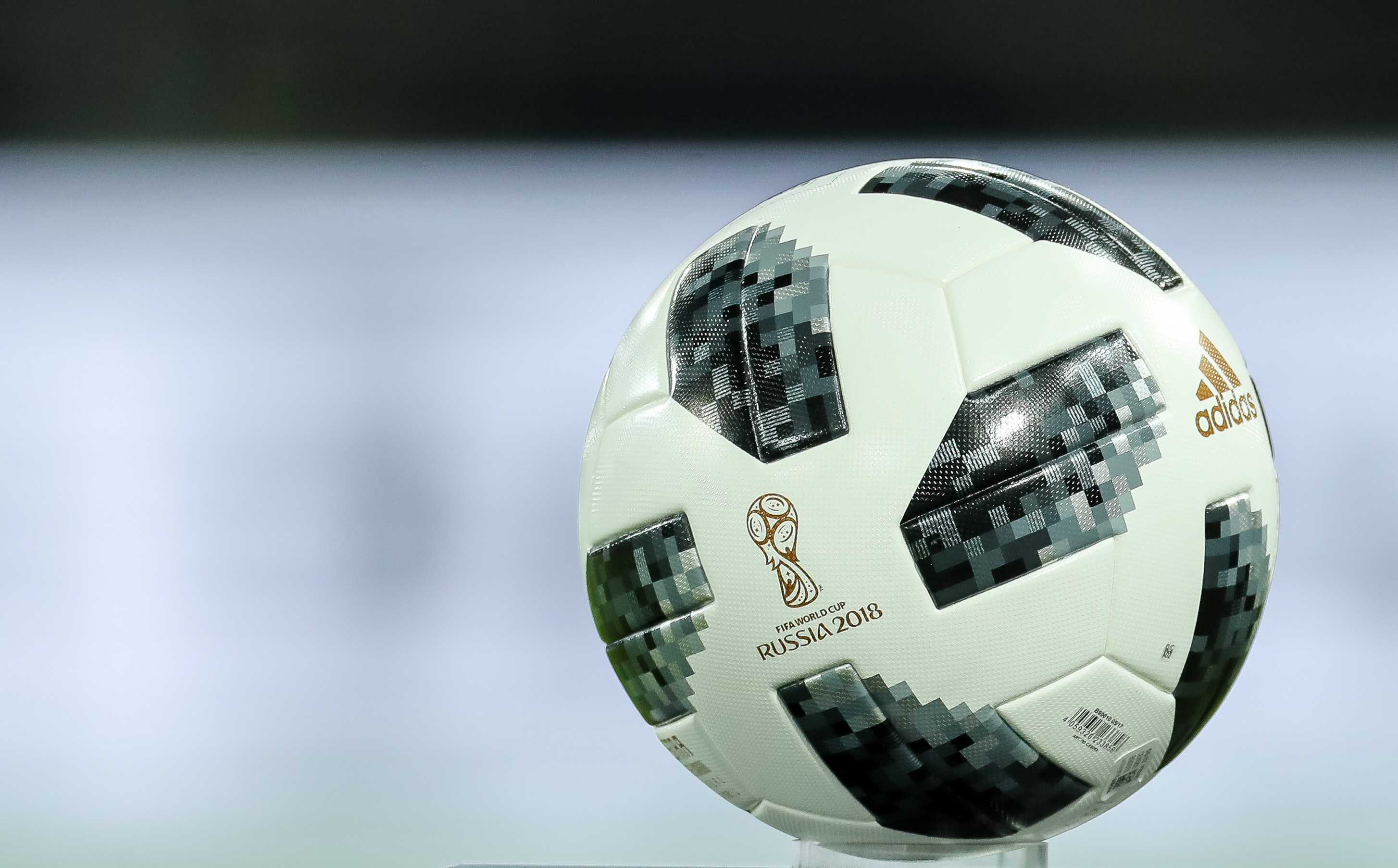 The Brazuca was the first World Cup ball to be named by the public. Brazuca was selected as it is an informal term for Brazilian national pride in their way of life. The design of the original Brazuca was to symbolise fluidity of Brazilian life and the Amazon river, and the bands are meant to symbolise the famous Brazilian wishbands . Additionally, having taken over two and a half years through design, construction and testing, the Brazuca was the most tested ball Adidas ever produced. 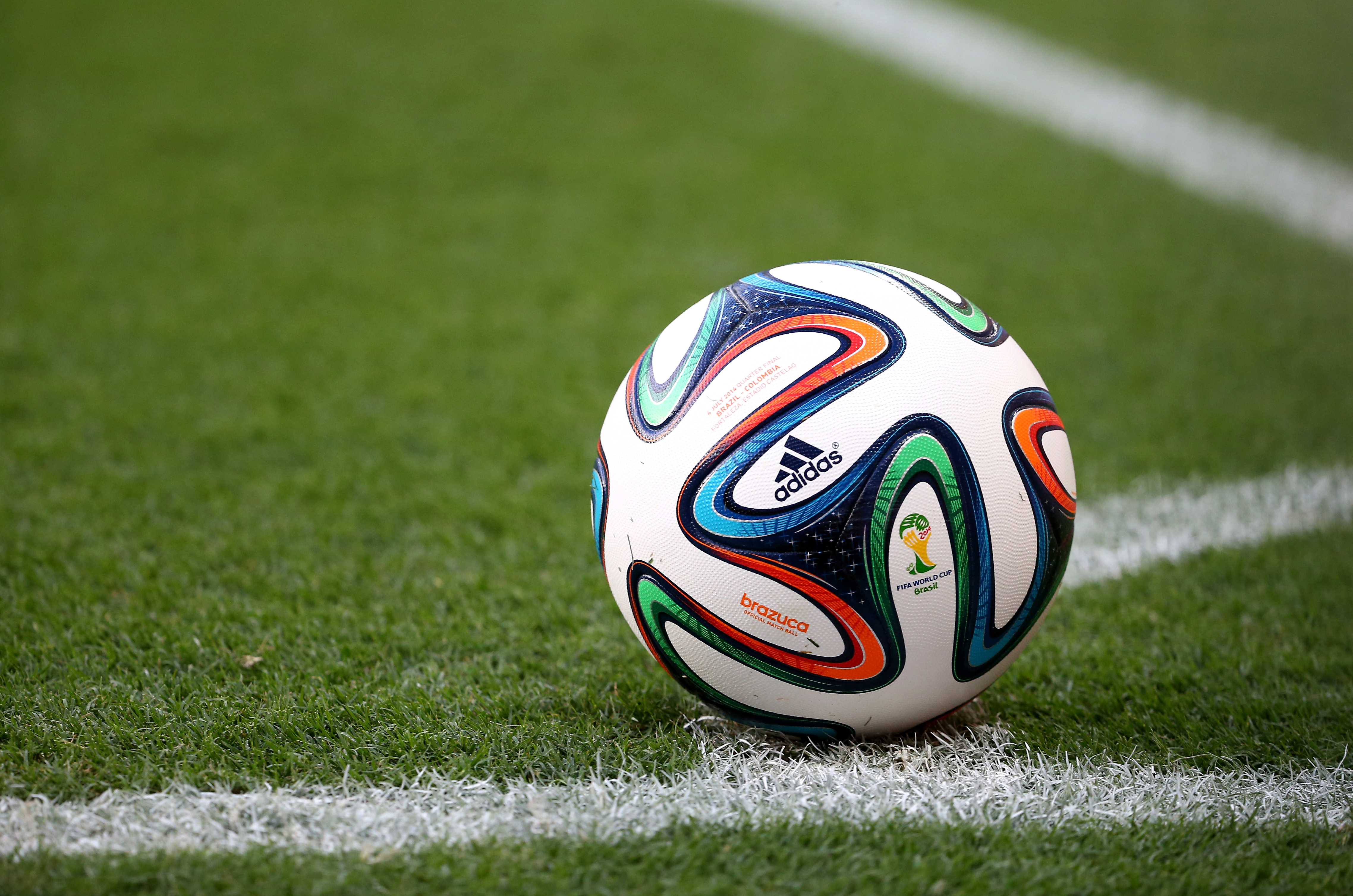 The Final Rio version was the same technical design but had different colours, instead having green, gold and black. 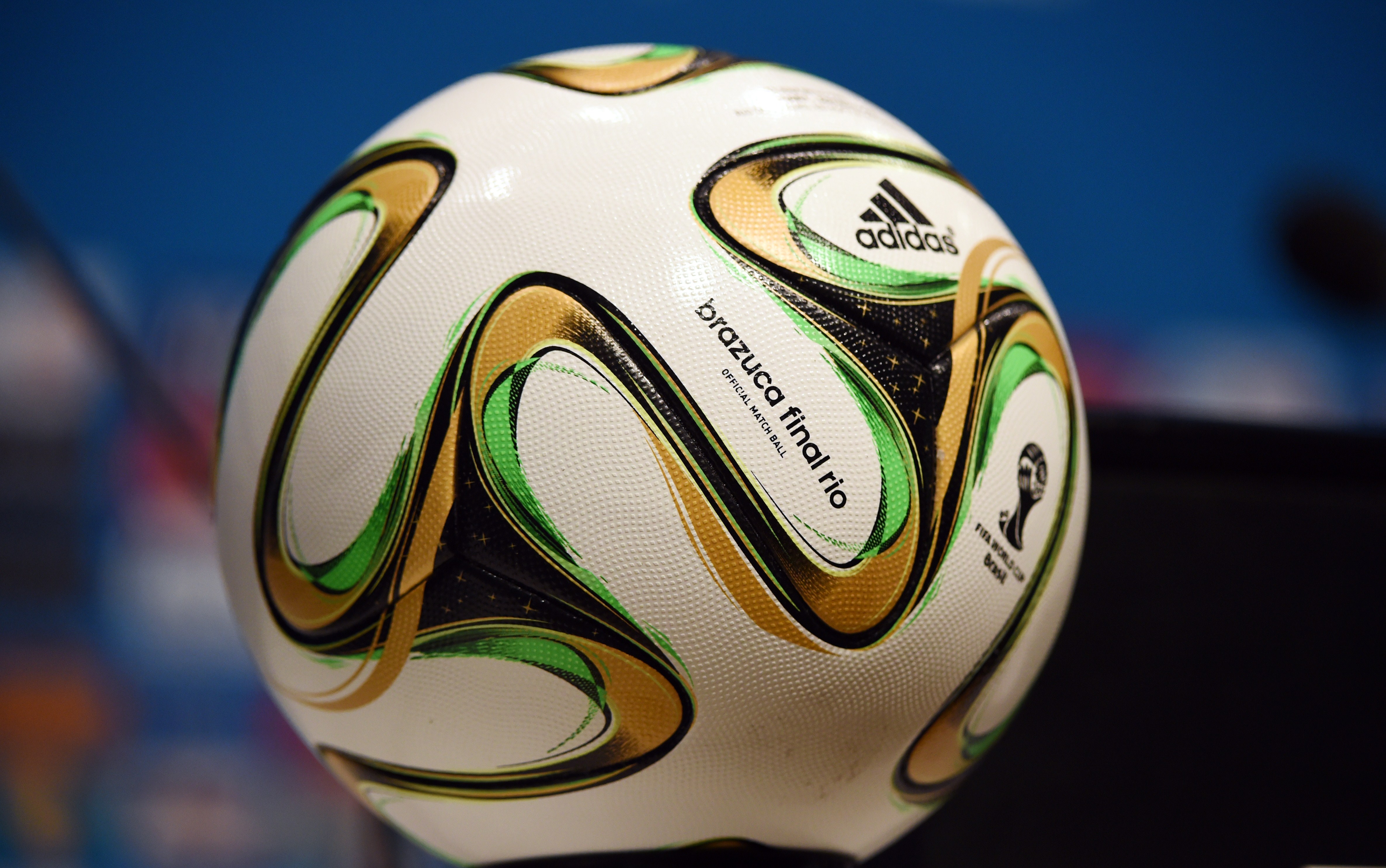 In the language of Zulu, Jabulani means ‘celebrate’ however this official ball was one of the most controversial balls to be created. It drew immense criticism from players and coaches because it was deemed to be too unpredictable through the air. The number 11 was a key theme in its design with there being 11 colours which were chosen to represent the 11 players on a football team, the 11 official languages of South Africa, and the 11 South African communities. 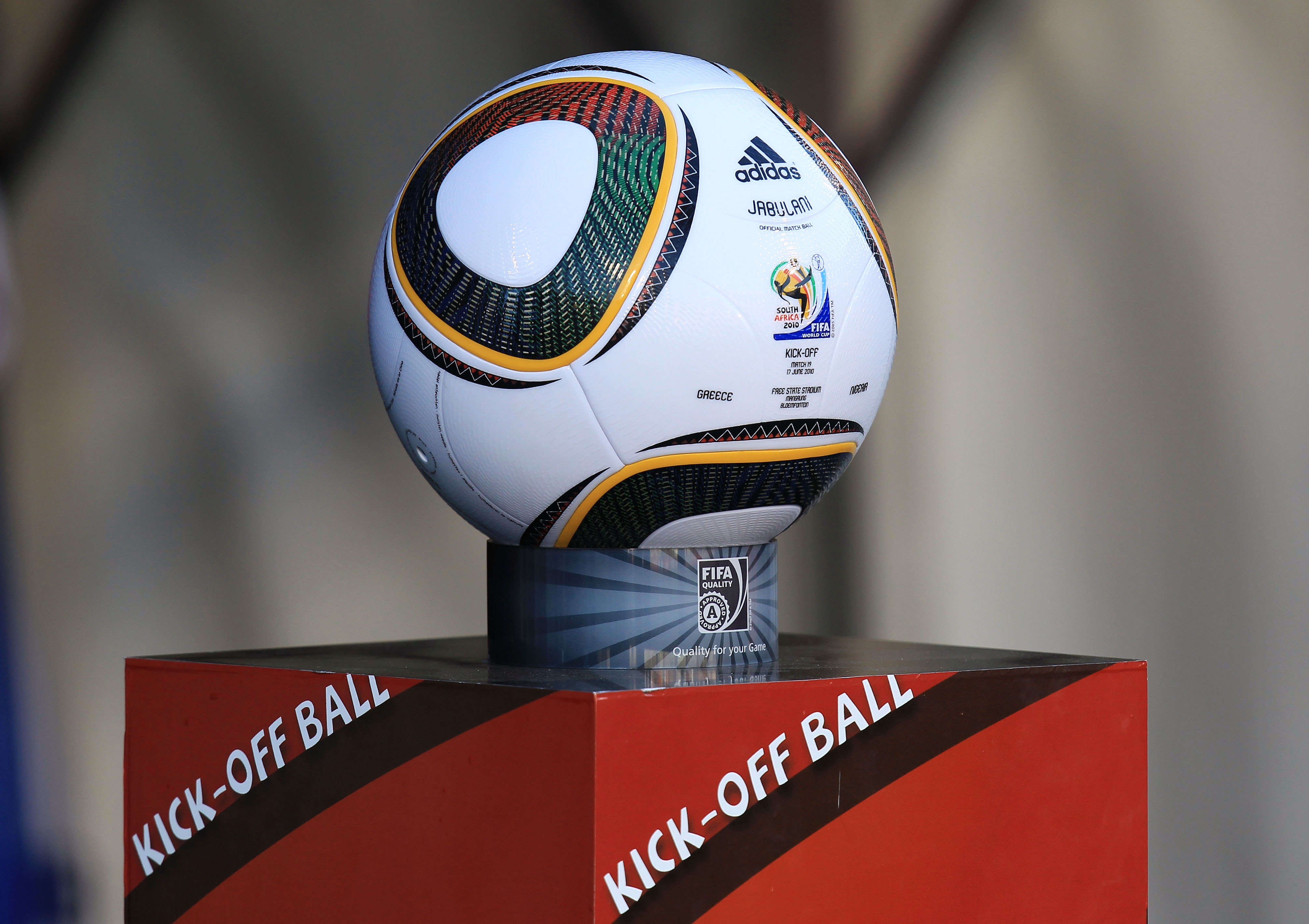 The Jabulani before a group game in 2010 (Getty Images)

For the second time, Adidas produced a special edition ball for the final the Jo’bulani. The name is in reference to Johannesburg’s nickname Jo’burg, and the gold design is to signify another nickname Johannesburg, otherwise known as the ‘City of Gold’. 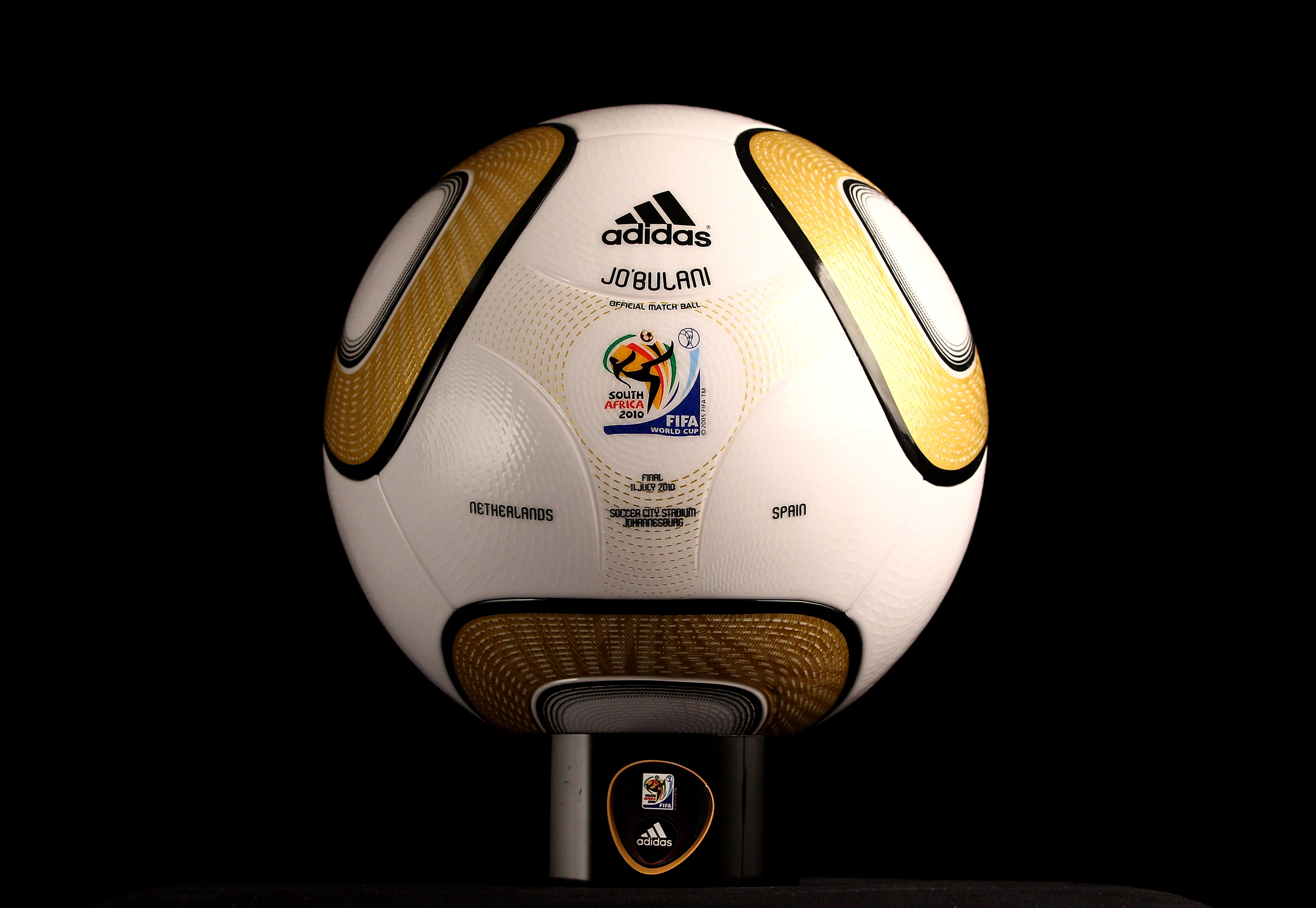 The Jo’bulani is named after Johannesburg (Getty Images)

Adidas claimed this ball was like no other in terms of the technological design. Comprised of 14 panels, the design was supposed to enhance player control, and the design was to signify German football successes. The gold accents symbolise the gold World Cup trophy. The name of the ball is translated as ‘team spirit’. Additionally, this was the first ball to have each match date, kick off time, teams and stadiums stitched into it. 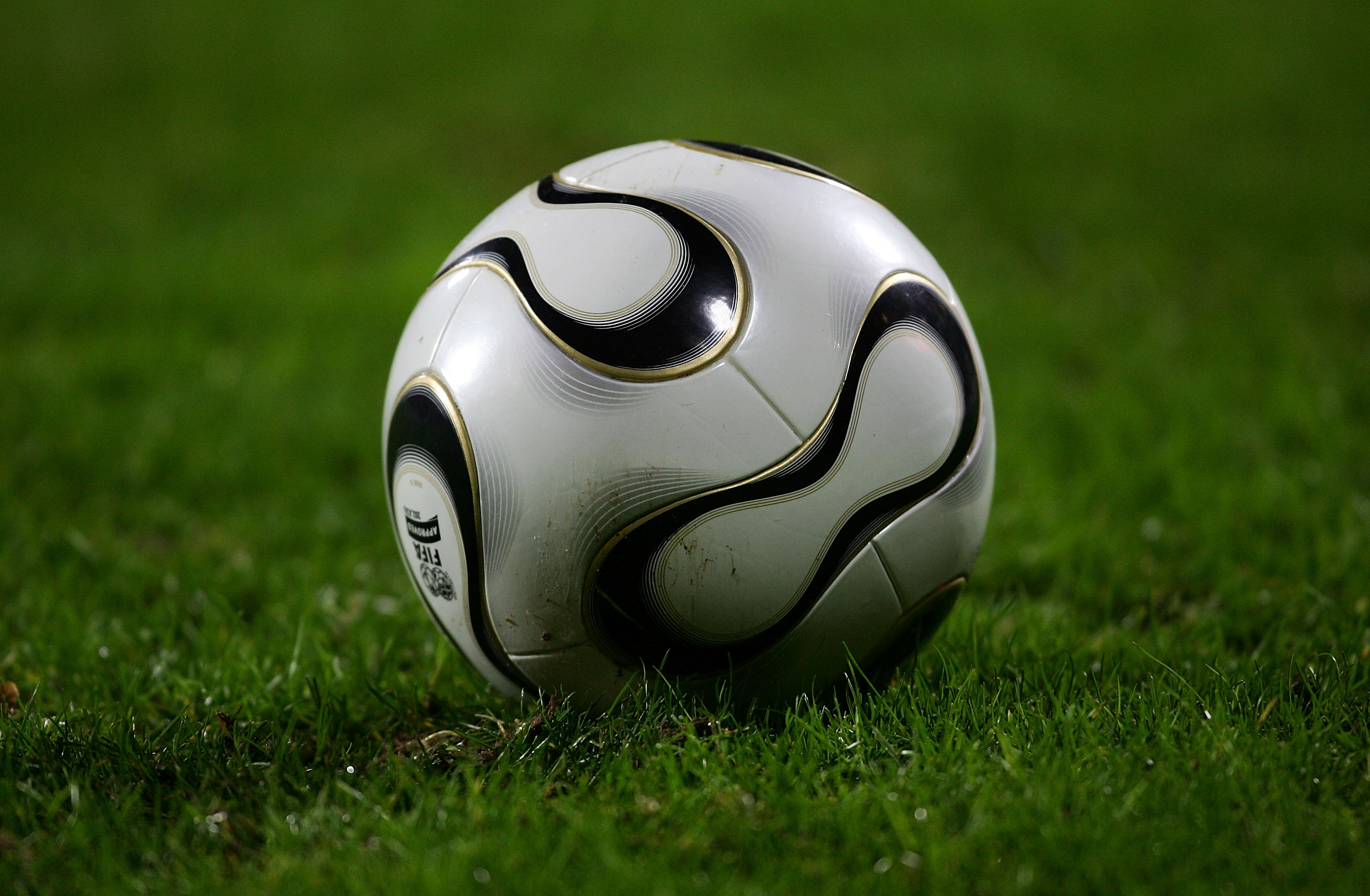 For the first time, Adidas introduced a special ball just for the final. Franz Beckenbauer said, “The FIFA World Cup final is the most important match in the history of sport. There really is no greater thing than to play in a World Cup final. That is why I think it is a fantastic idea to have a very special ball especially for this match.” The design wasn’t that different other than the gold colour way. 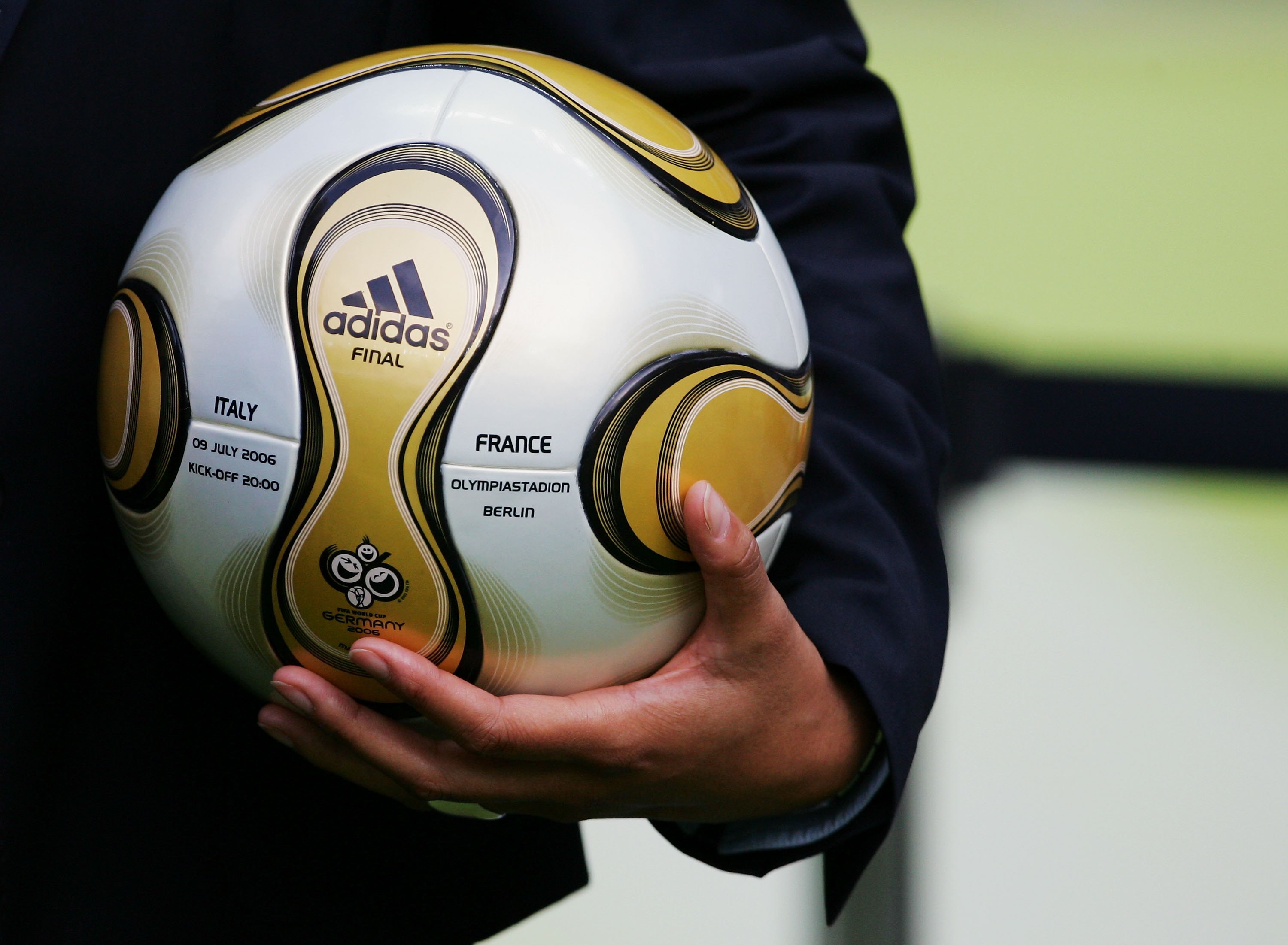 The Teamgeist Berlin ball before the 2006 final (Getty Images)

The Adidas Fevernova was a ball like no other, in terms of design and colour way. It had a special foam layer, and had thicker inner layers to increase accuracy. However many criticised it for being too light. 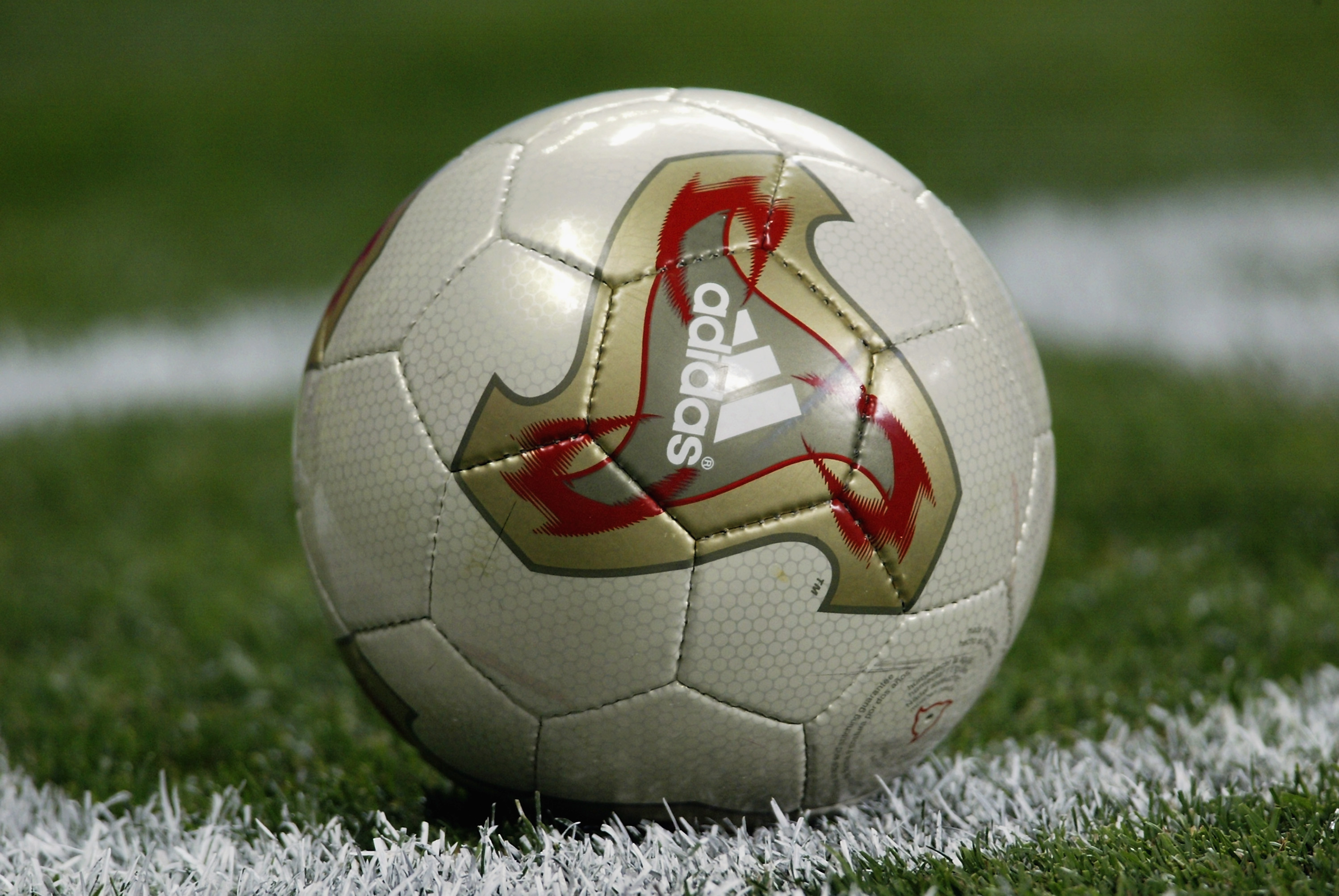 The Fevernova before a group game in 2002 (Getty Images)

The Tricolore was the first coloured ball to be used in the World Cup Finals. The blue design was to signify the french flag and the rooster tail is the traditional symbol of France and the French Football Federation. 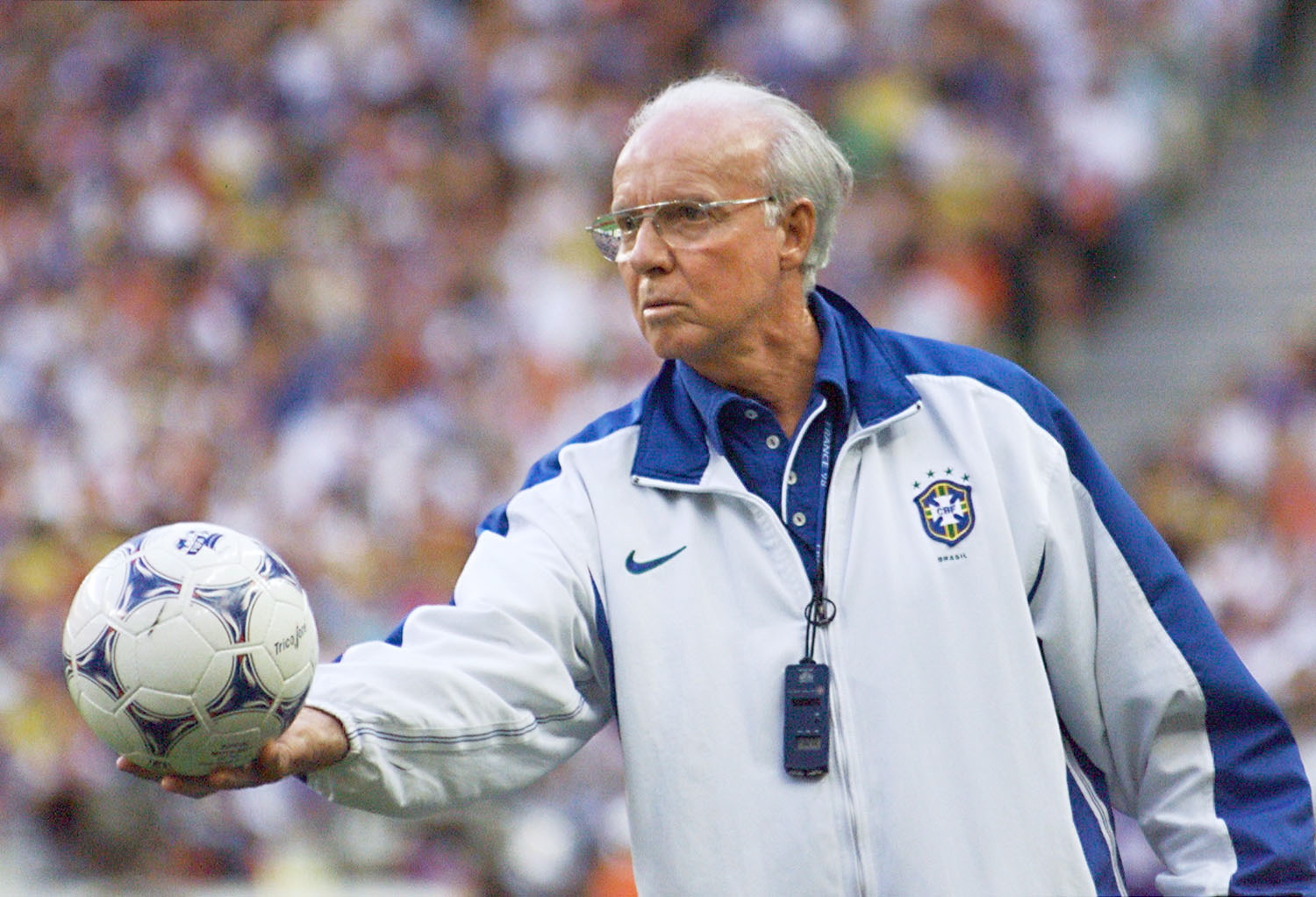 The 1994 World Cup ball was made of five different materials and polystyrene foam which made the ball more waterproof. The name Questra derives from an ancient word meaning ‘pursuit of the stars’. 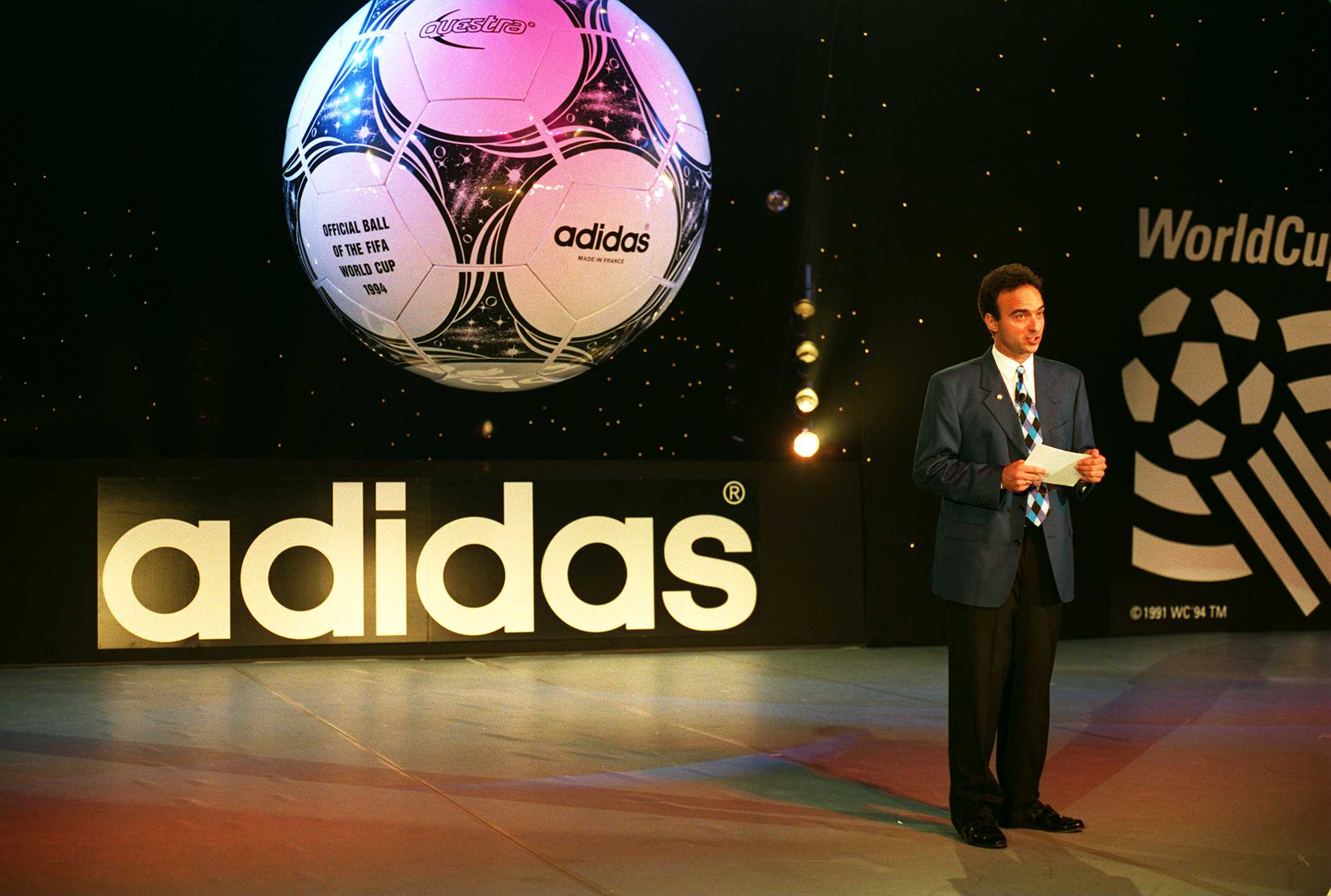 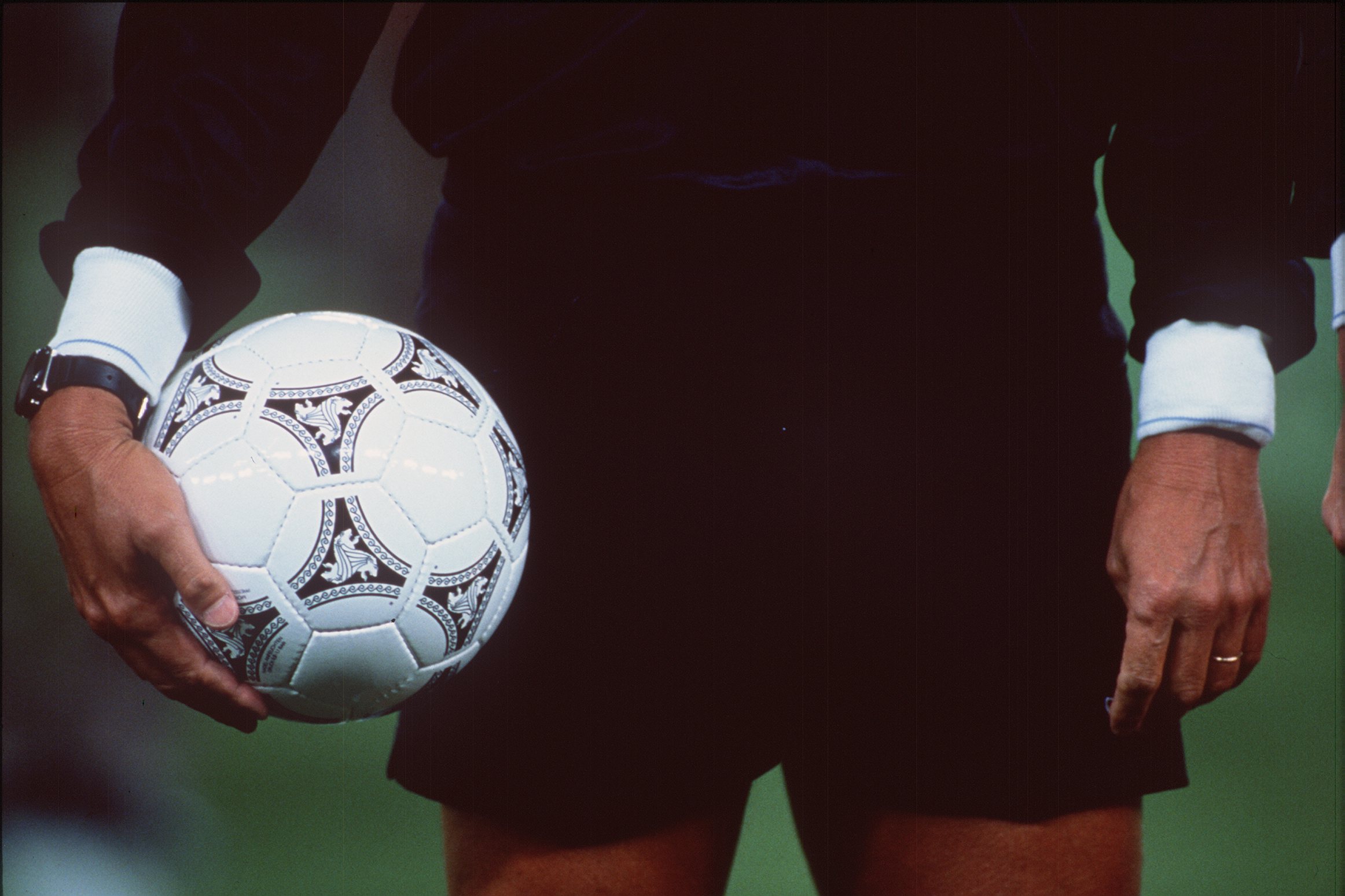 The Azteca was the first fully synthetic ball to be used at the World Cup. Designed with aztec frescoes, the ball would be used in Mexico in 1986. 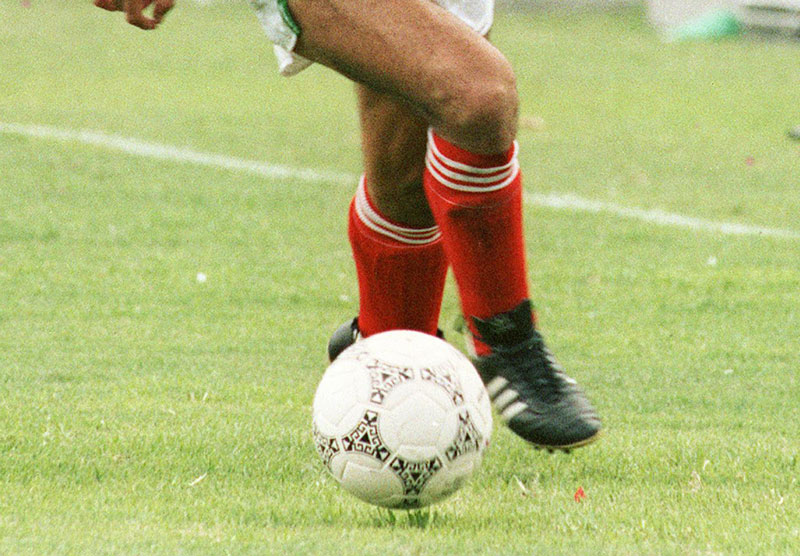 The Tango Espana was the first ball to combine leather and synthetic materials and yet despite having improved water resistant qualities, the ball still had issues which meant it had to be modified several times. As a result, it was also the last leather ball used in the World Cup. 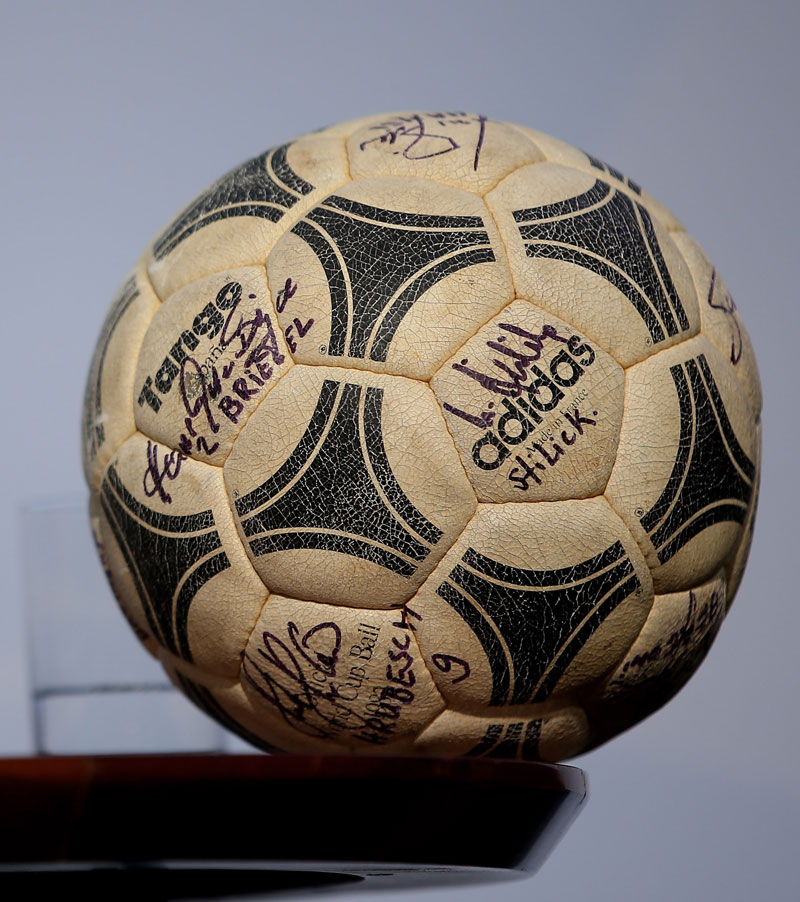 The design for the 1978 ball was supposed to reflect the passion and dynamism of the country of Argentina. 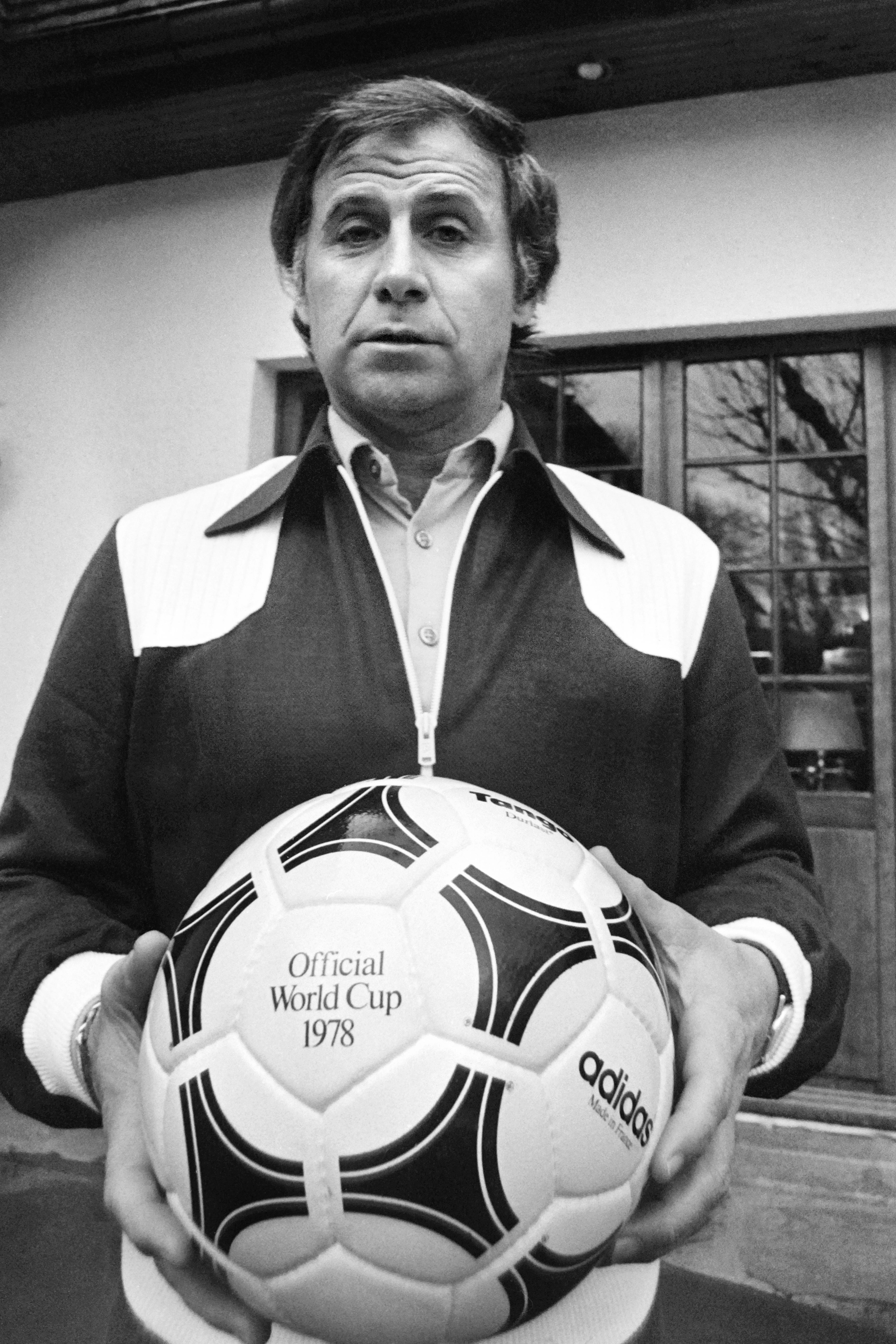 Due to the success of the 1970 Telstar, Adidas did very little to change the 1974 ball. Some black writing instead of gold and a different coating to improve water resistance were the only significant changes. 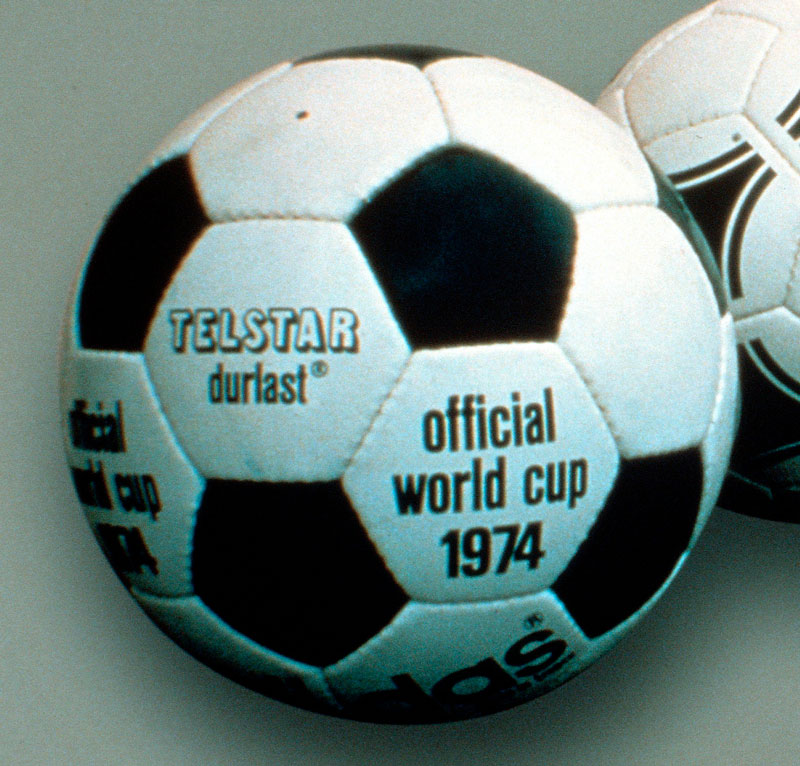 Named after the satellite put into orbit in 1962, the Telstar was the first ball made by Adidas for the World Cup. Composed of 20 white hexagons and 12 black pentagons, the ball is iconic. It was also known as the ‘Star of Television’ because the black pentagons made it easy to see on black and white television. 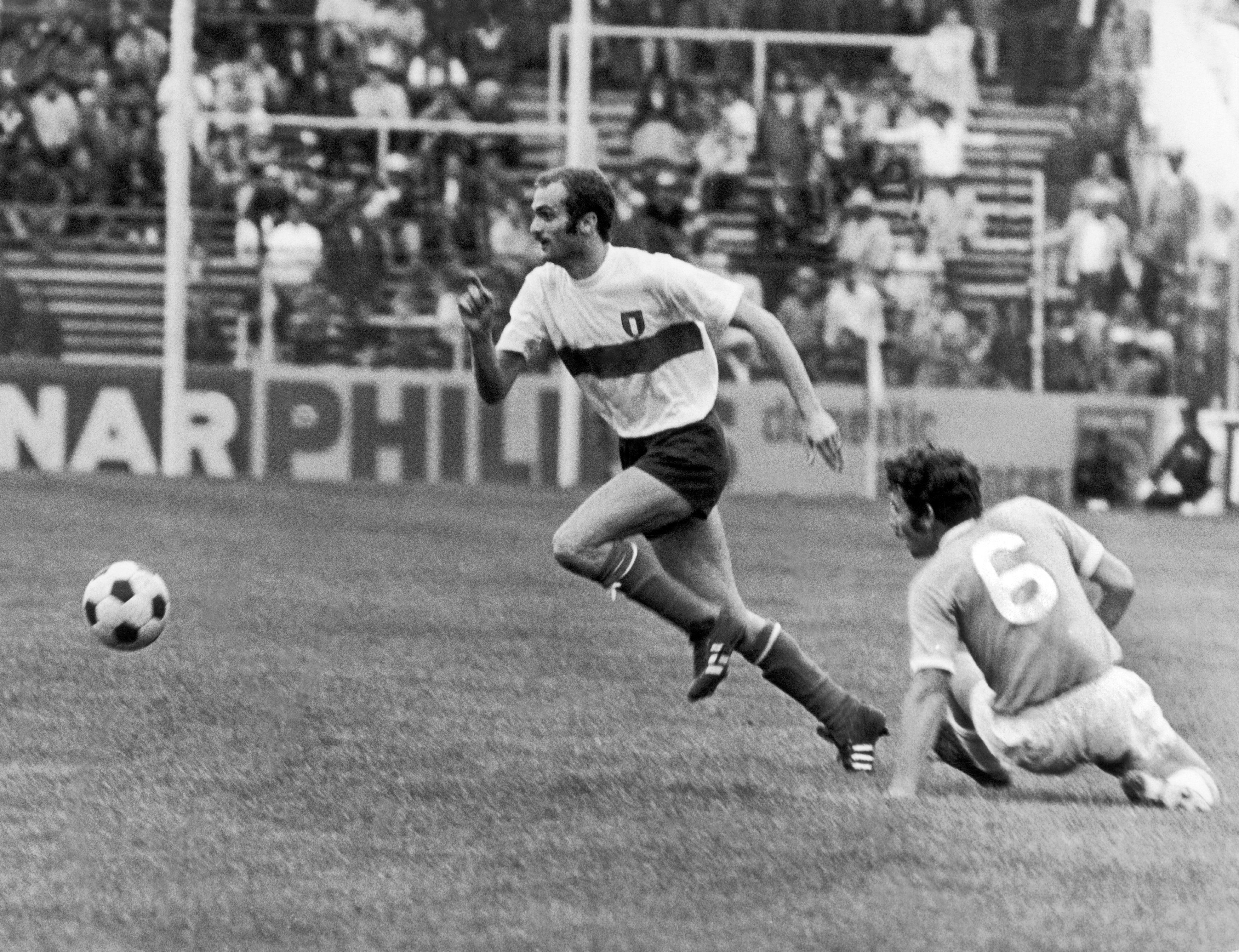 Slazenger, a British company were tasked with making the ball for the 1966 tournament held in Britain. Made of 25 rectangular panels, the ball had no markings or branding on the ball. 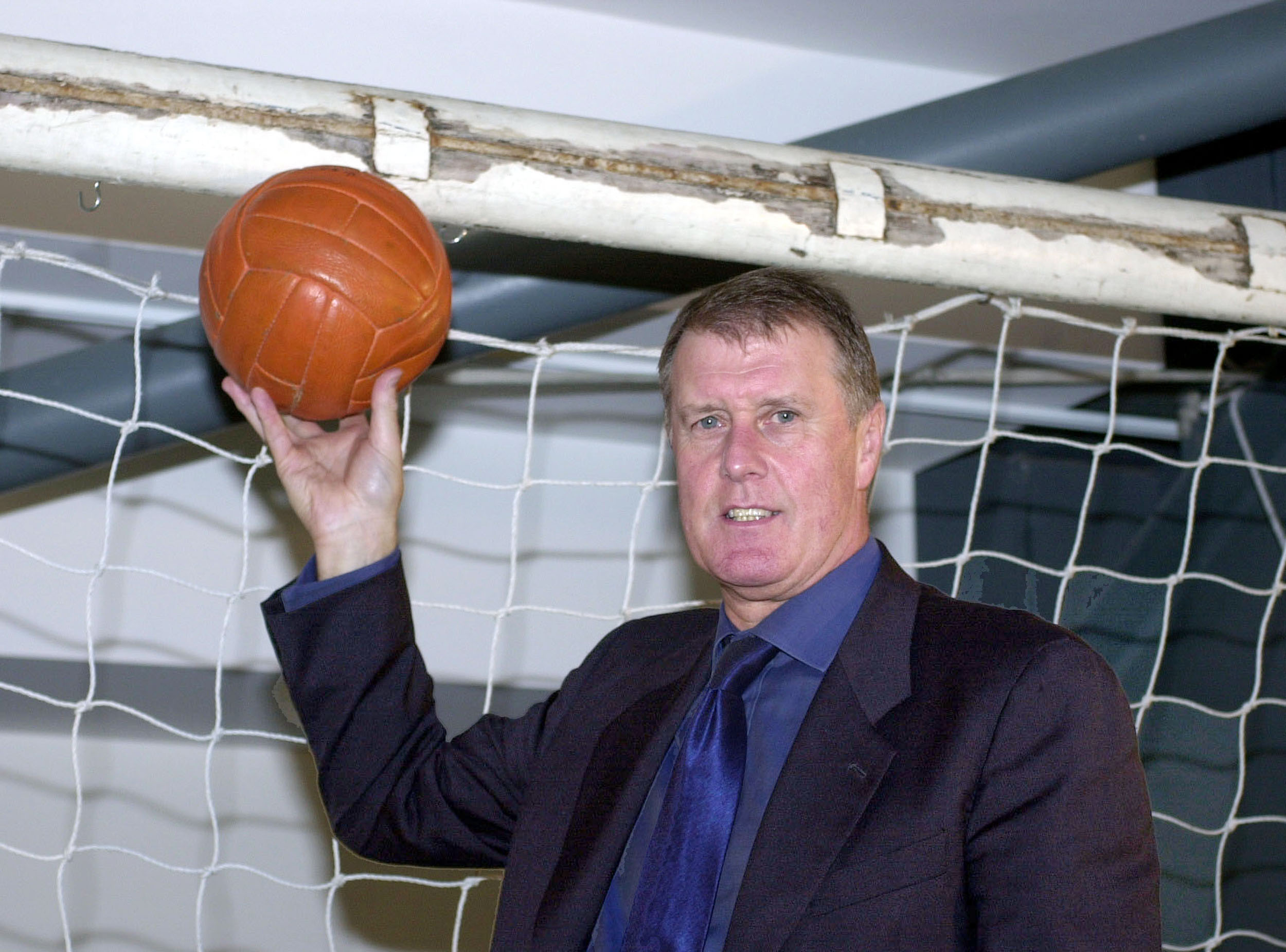 Known simply as ‘the Crack’ this ball was made of irregular shapes, which was a design never before seen. 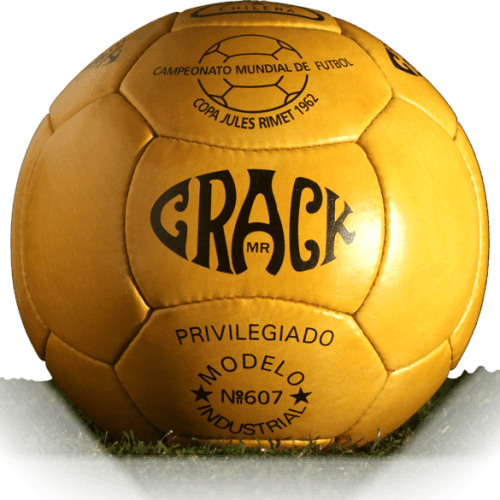 This was the first tournament where the ball design was a competition. The winning design was a from a Swedish company, and their ball was called the Top Star. it was renowned for its waterproof waxed surface. 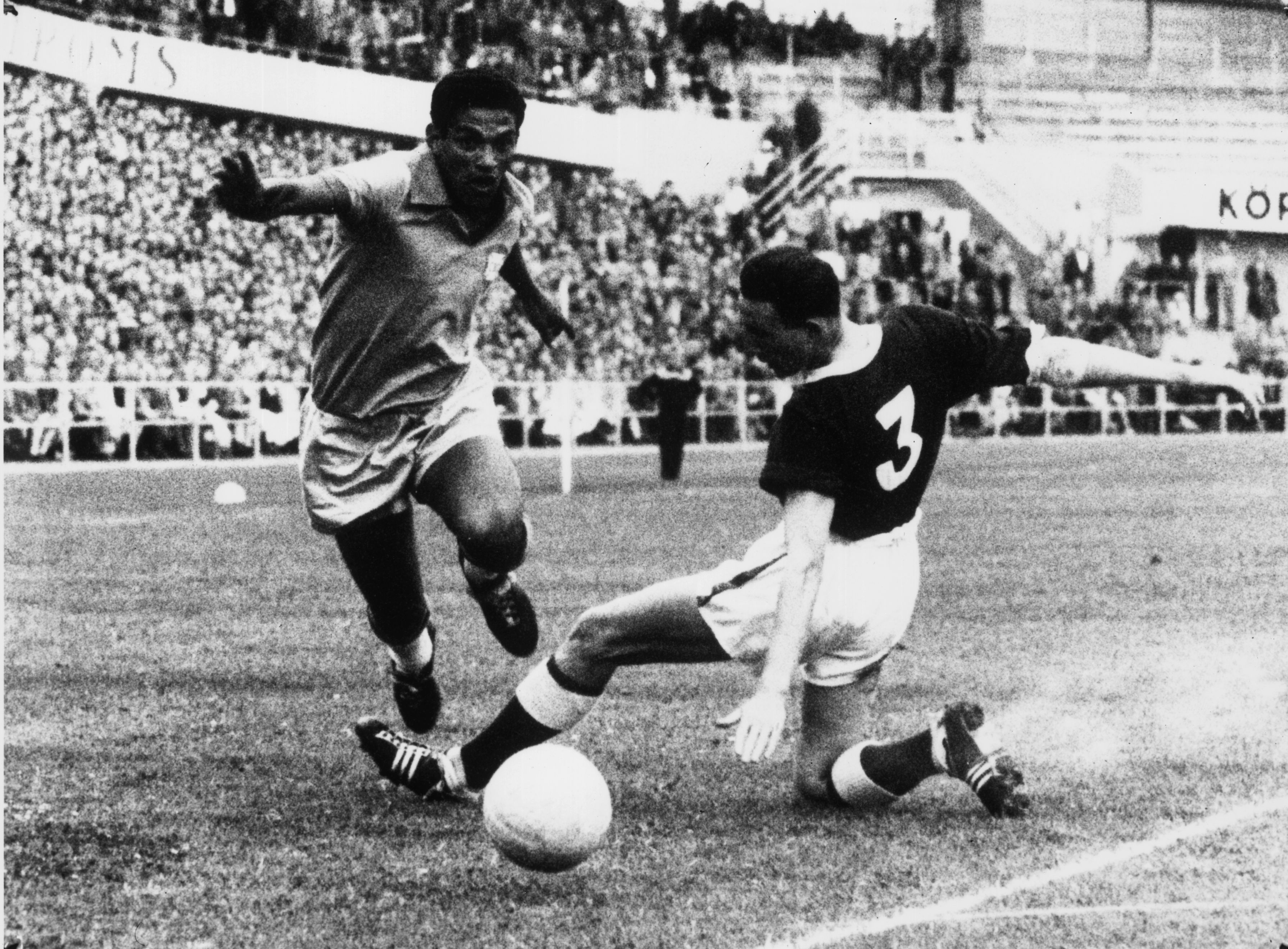 The most notable aspect of this ball was the zig-zag edges on the ball. 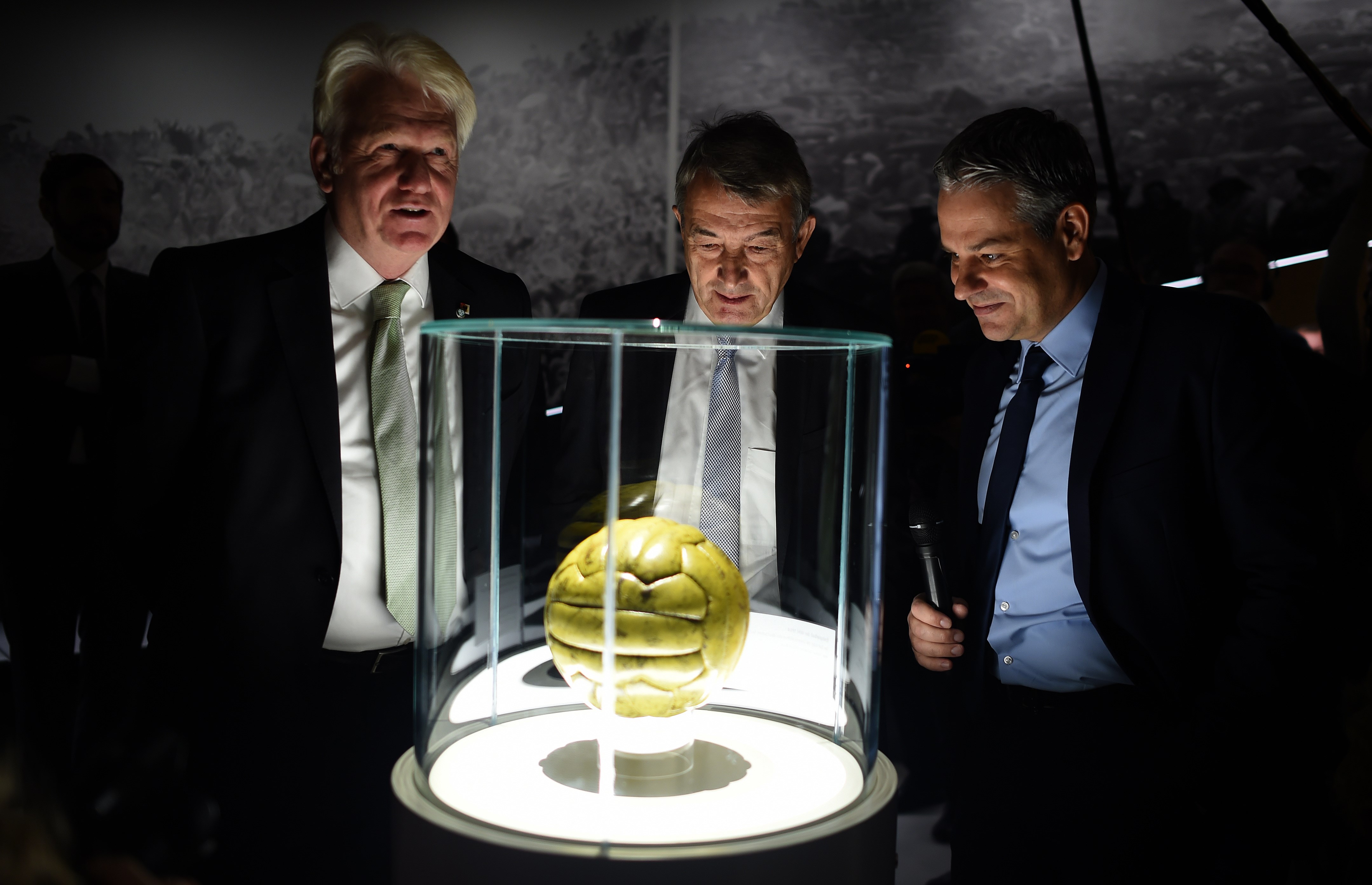 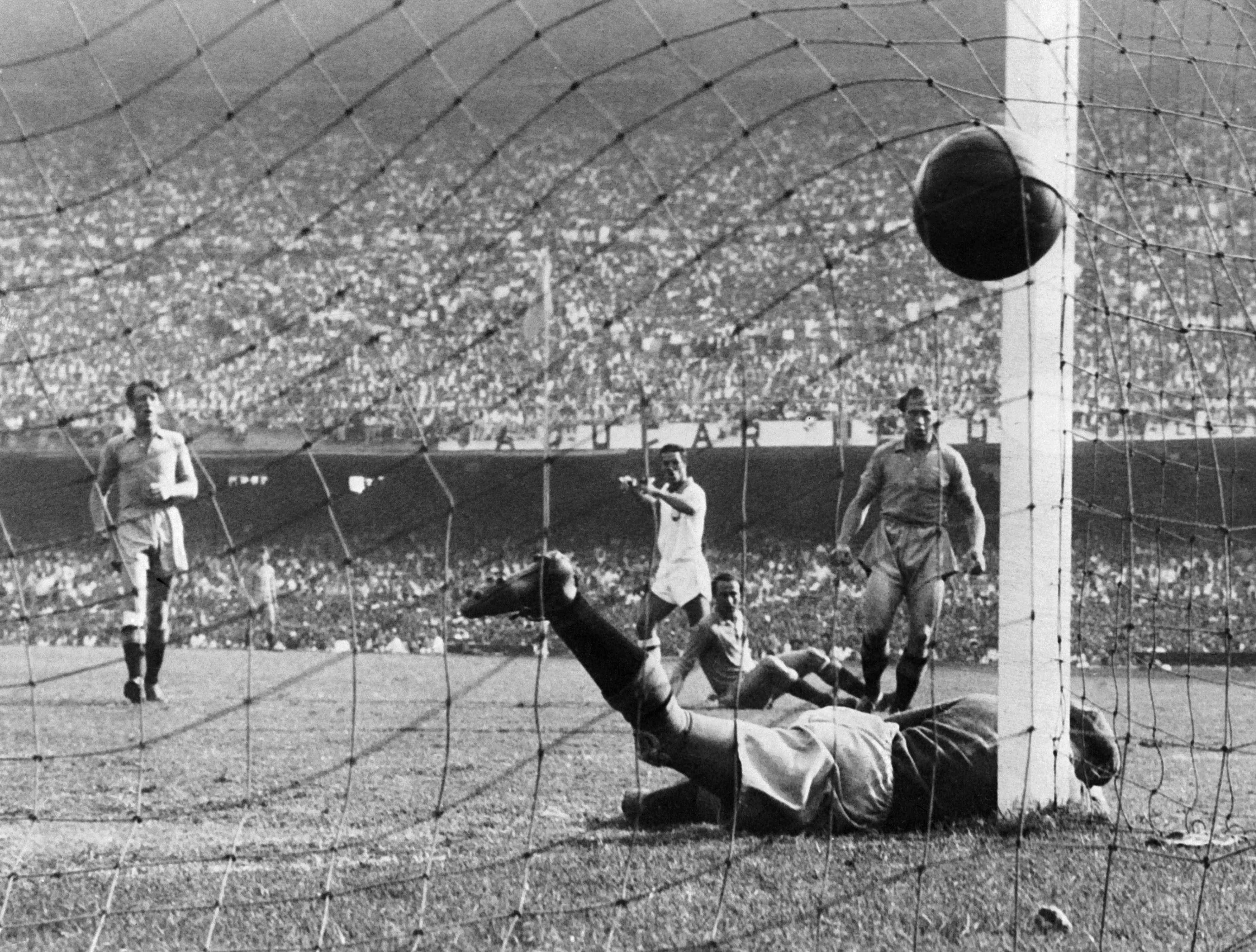 Brazil scoring with the Duple T in 1950 (Getty Images)

The Allen was manufactured in France and yet it is widely acknowledged that other balls were used during the tournament too. But there is no way of knowing how many. 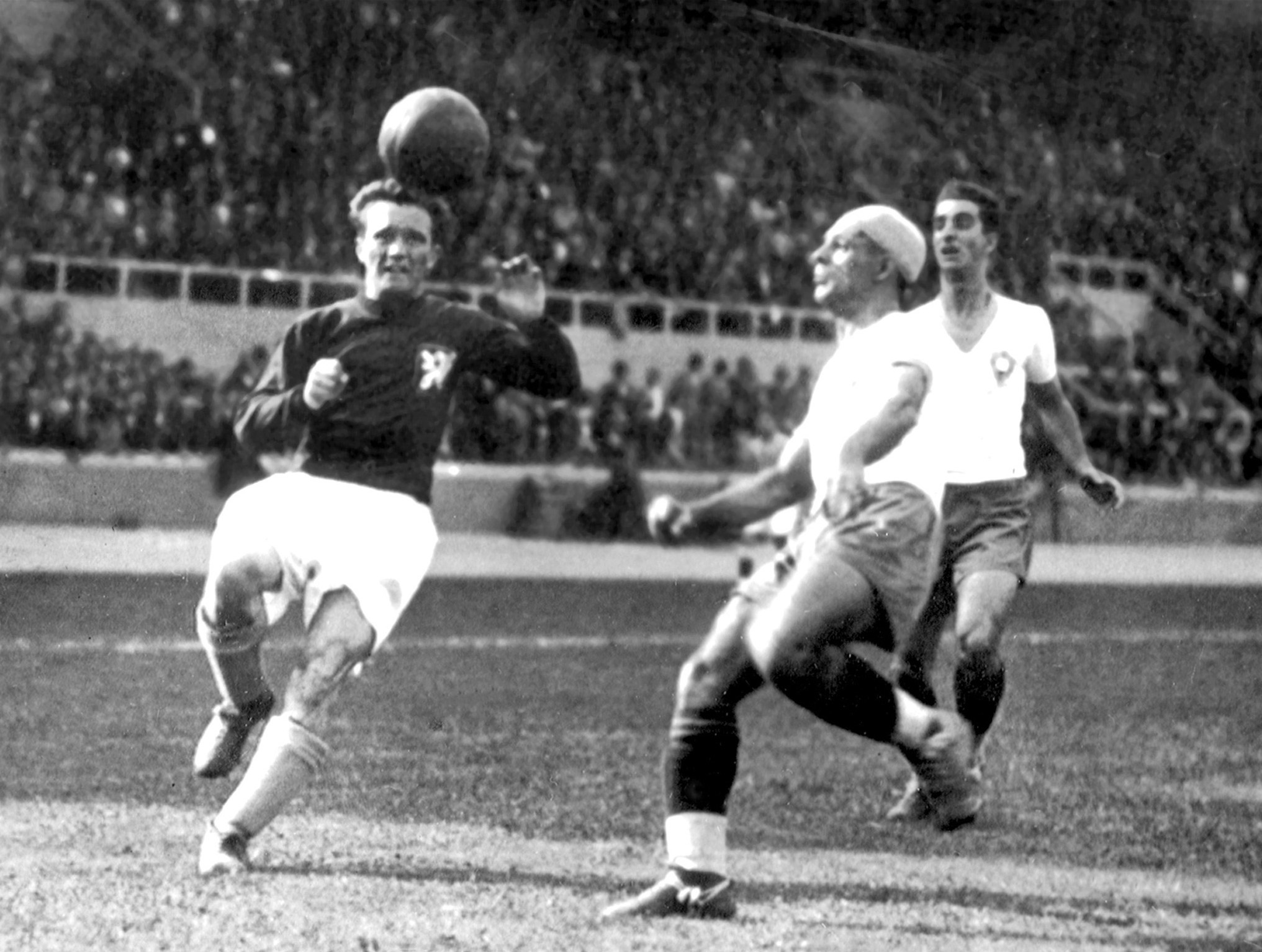 The Allen ball in play between Czechoslovakia and Brazil (Getty Images)

The Second World Cup was held in Italy and as a result Mussolini insisted the ball be made there. The result was the Federale 102. 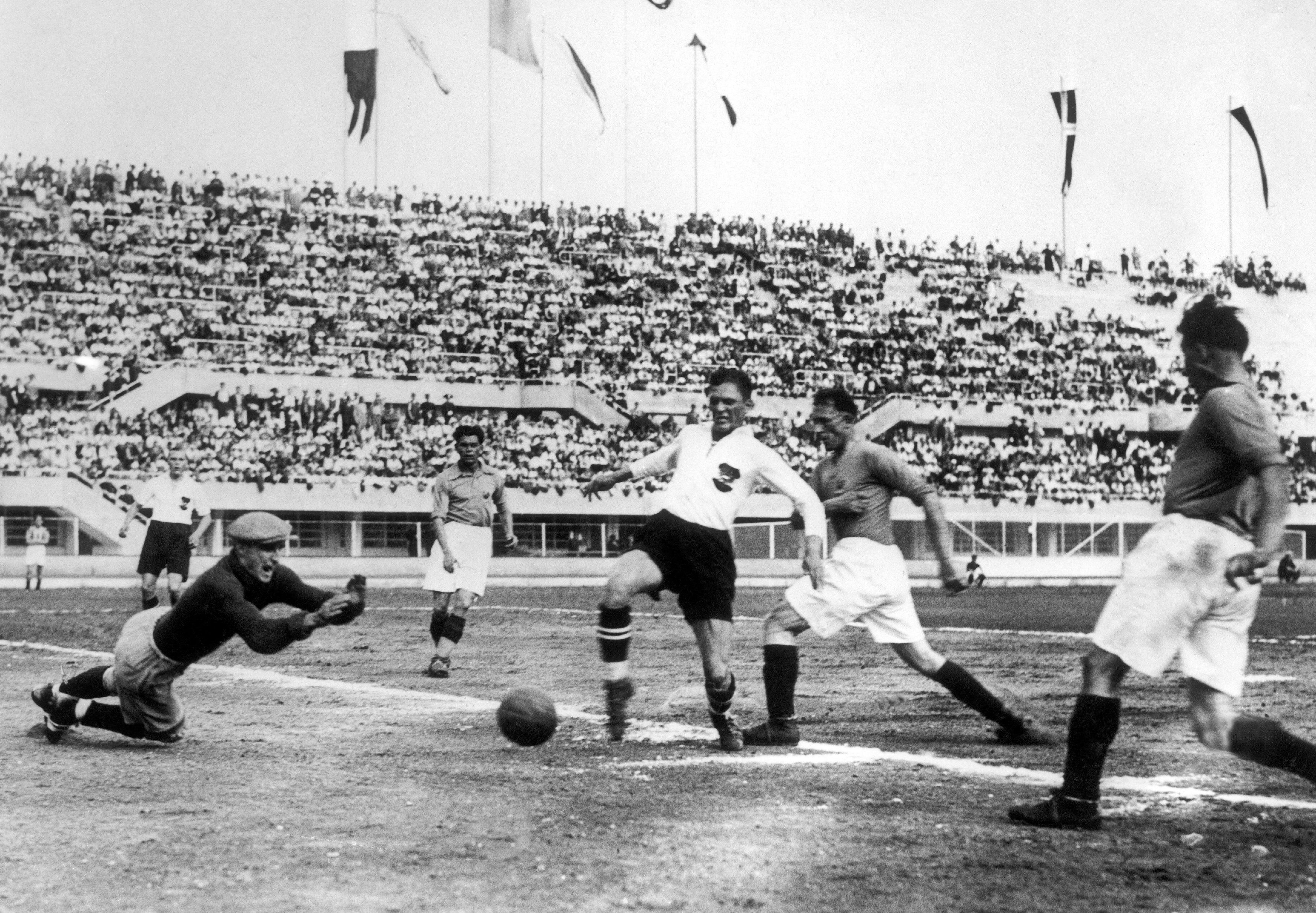 Known as the ‘T-Model’ due to the T shaped panels on the sides, this ball was the very first one used in the World Cup. 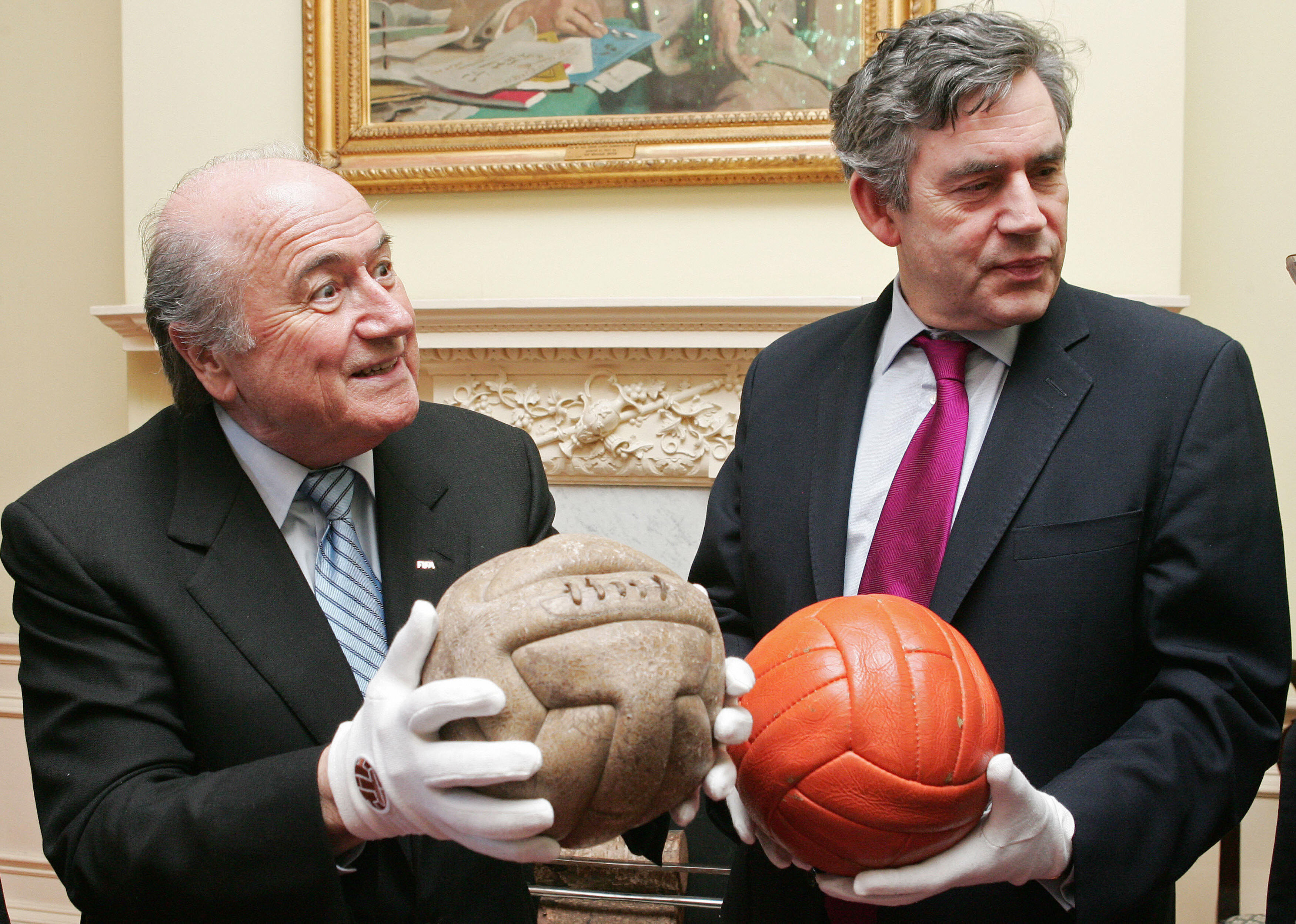