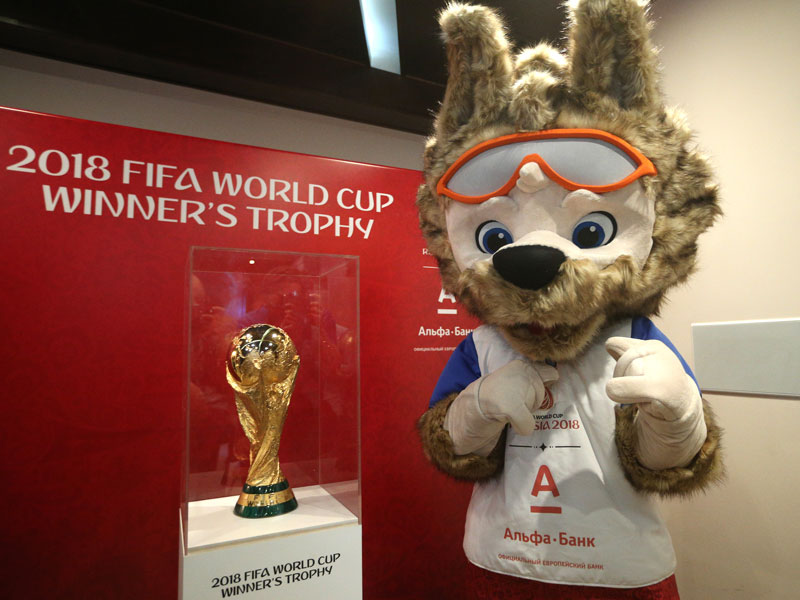 The idea of having a tournament mascot is common place in every single sporting event nowadays. But in the FIFA World Cup this was not always the case. The first one was in 1966, so take a look at the mascots for each respective World Cup since then.

World Cup Willie was a lion, an animal synonymous with Britain and the English national side. The very first World Cup mascot, Willie was created by Reg Hoye, who is best known for illustrating some Enid Blyton books. 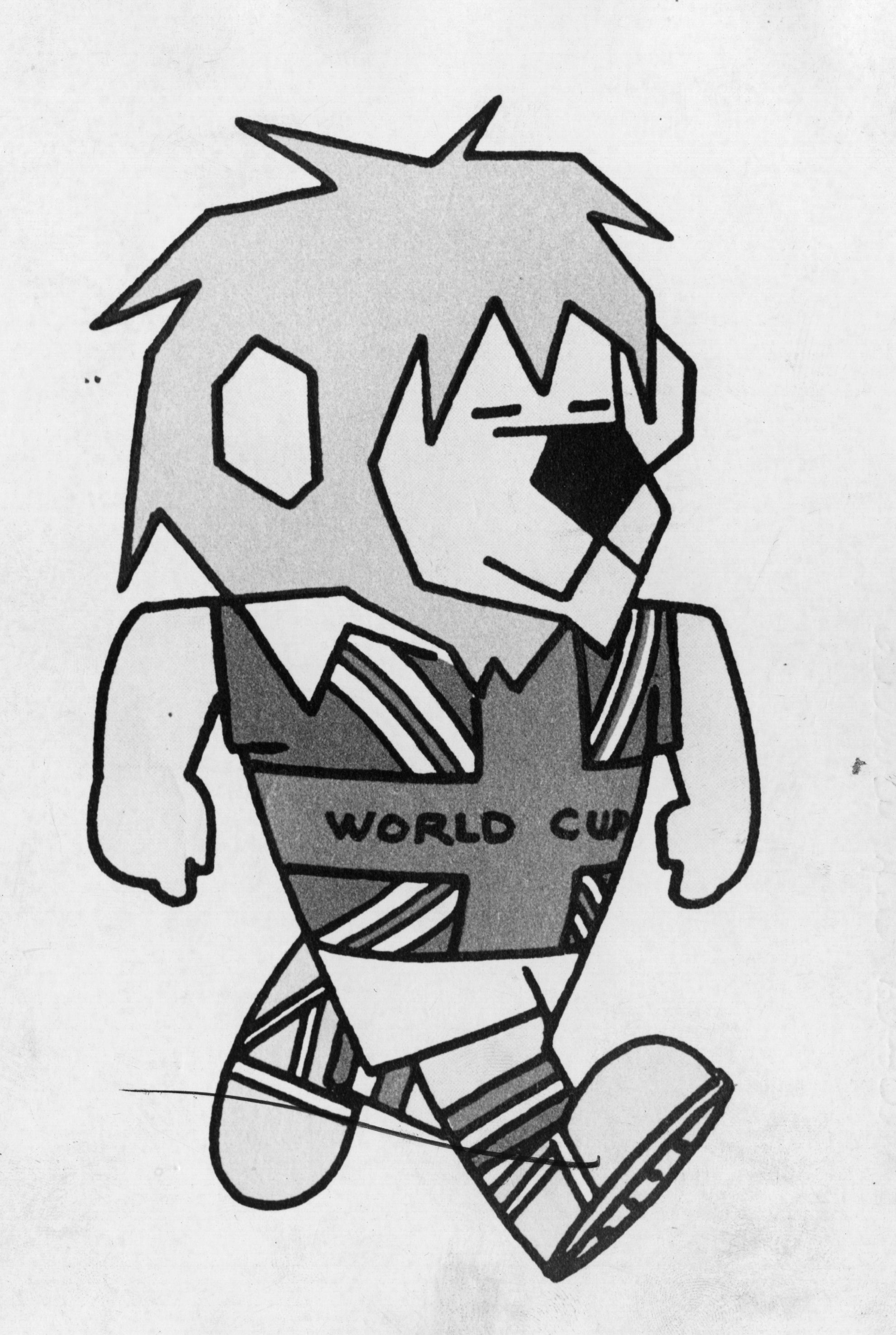 Juanito is supposed to represent the average football fan in Mexico. Wearing Mexico‘s green kit and a sombrero, below he is pictured with Roger Magnusson. 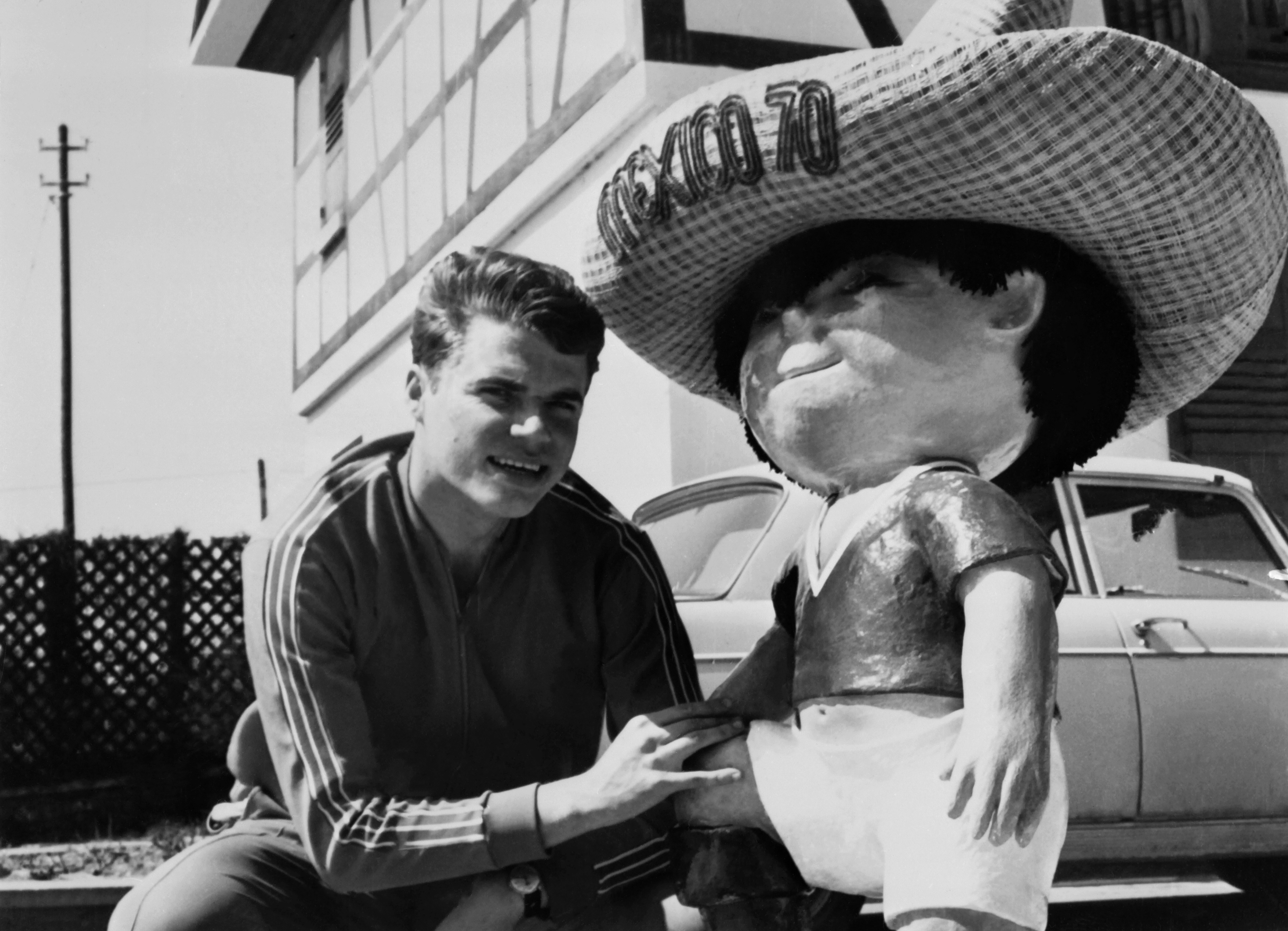 Like Mexico, Germany decided to go down the human route, but instead used two boys as the mascot to symbolise a unified Germany. Of course at this time, Germany was split into East and West. The WM means Weltmeisterschaft which means World Cup, and the 74 represents the year. 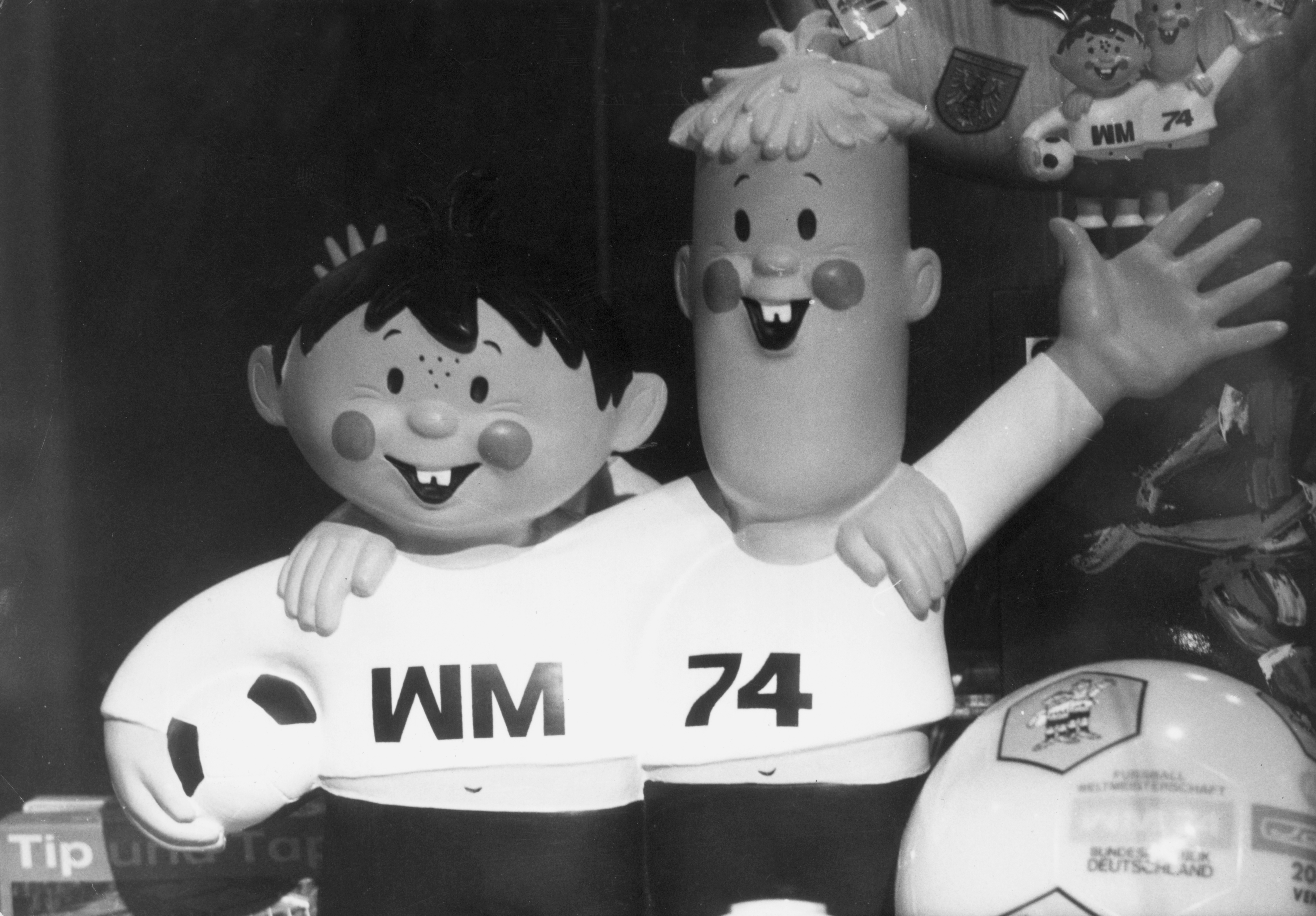 Tip and Tap were the mascots in 1974 (Getty Images)

Four years later Gauchito received considerable criticism for looking too like Juanito, the mascot for the 1970 World Cup in Mexico. Obviously the main difference is that he wears Argentinian colours and neckerchief. 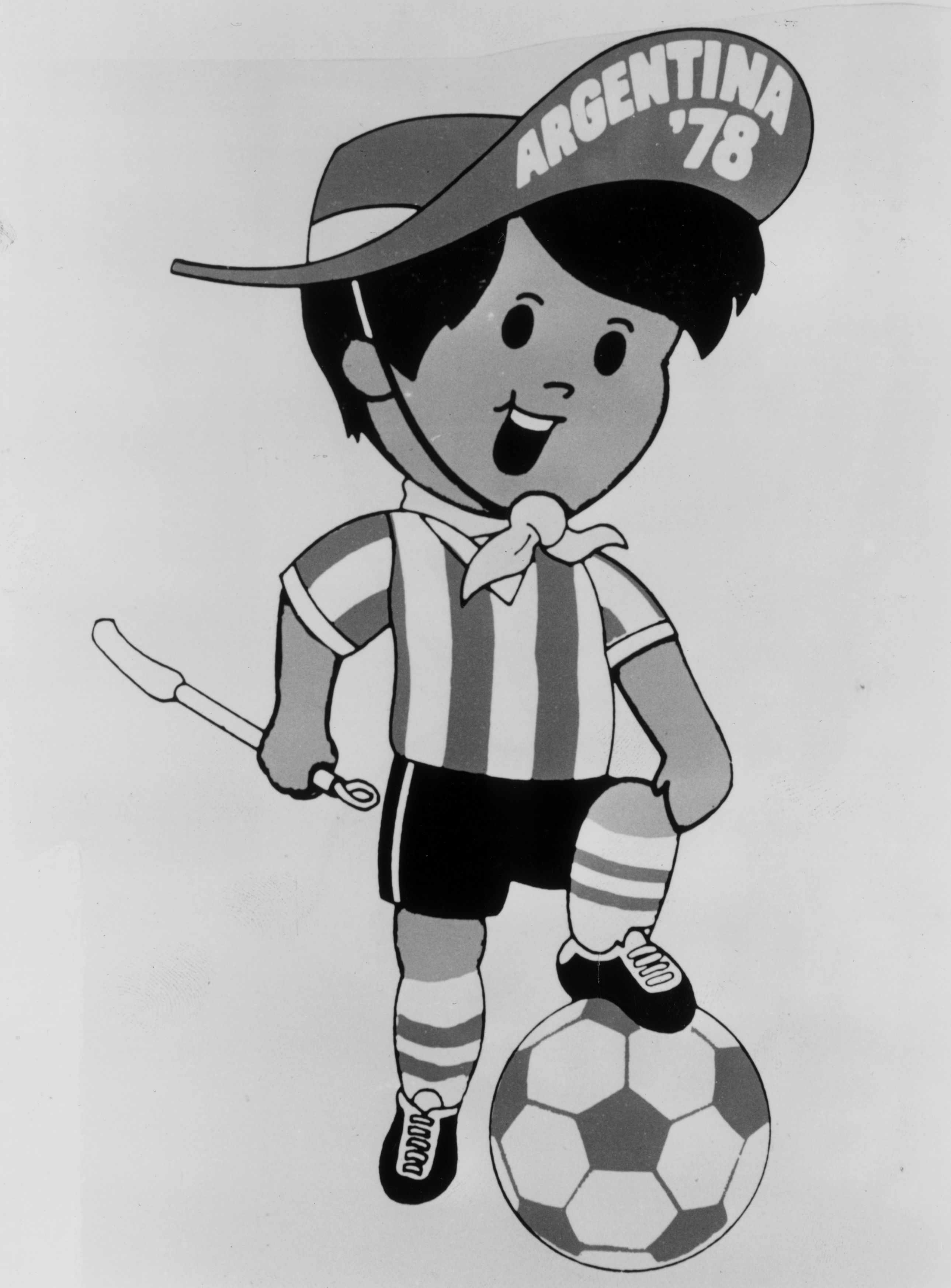 Gauchito was the mascot for the 1978 tournament (Getty Images)

The mascot for the 1982 World Cup was not a human one. Naranjito was an orange, the fruit synonymous with Spain, and his round appearance and similarity to a football was a humorous aspect to its design. 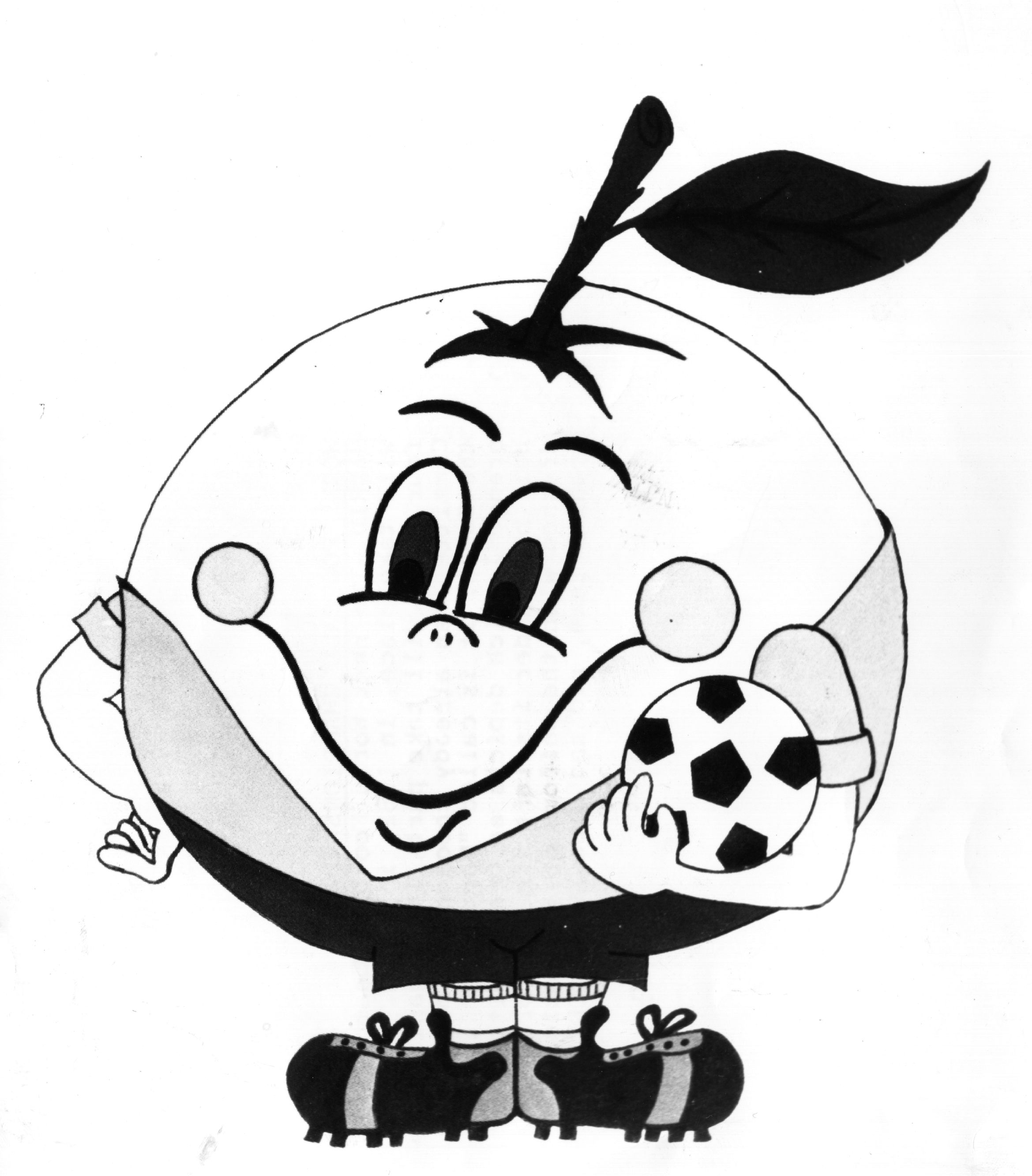 A drawing of Naranjito, the World Cup mascot in 1982 (Getty Images)

Mexico once again held the Cup in 1986, and went down the comedic route. Pique was a jalapeño pepper, a food that is a large part of Mexican cuisine. The sombrero and moustache was added to create more laughter, although it has been criticised for stereotyping the Mexican people. 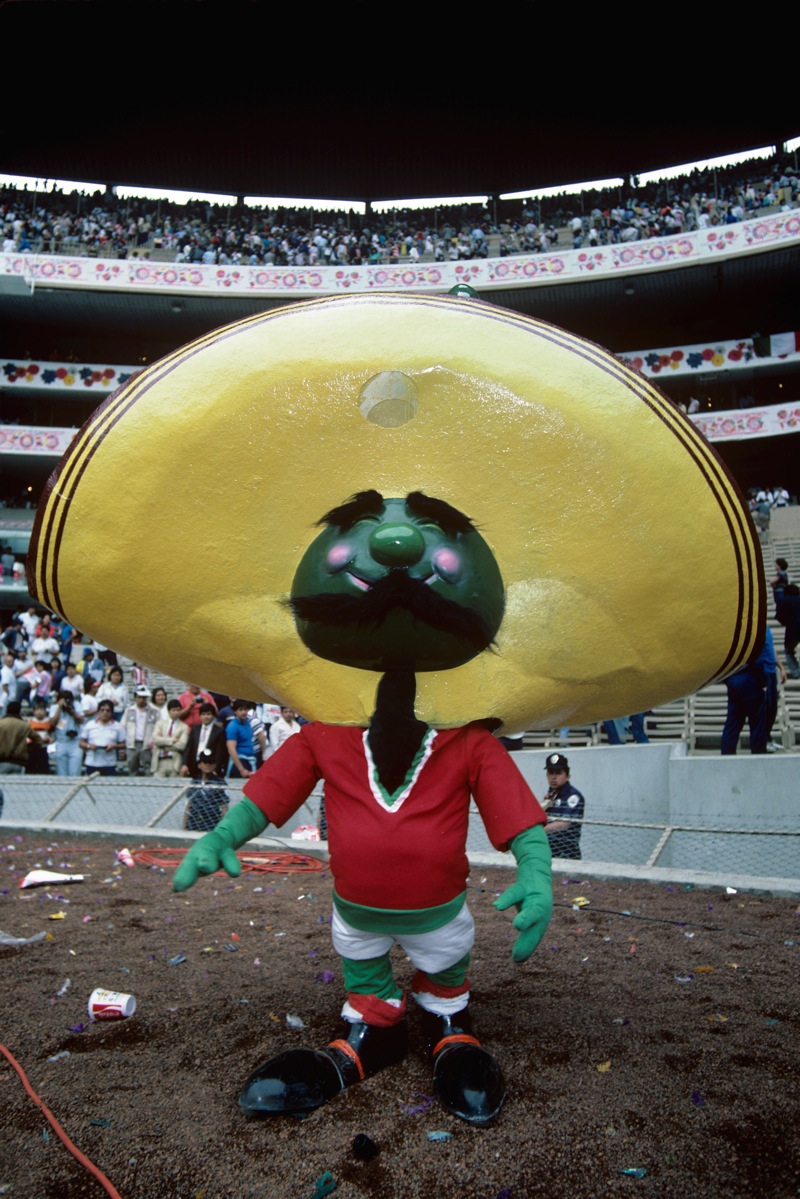 Pique, the official mascot for the 1986 Mexico World Cup. (mascotoftheday)

Italy decided to go outside the box in 1990. Ciao, a normal Italian greeting, is a stick figure with the colours of the Italian flag and has a football for a head. Previously, many mascots held the football, but this was the first time the football was an integral part of the design. 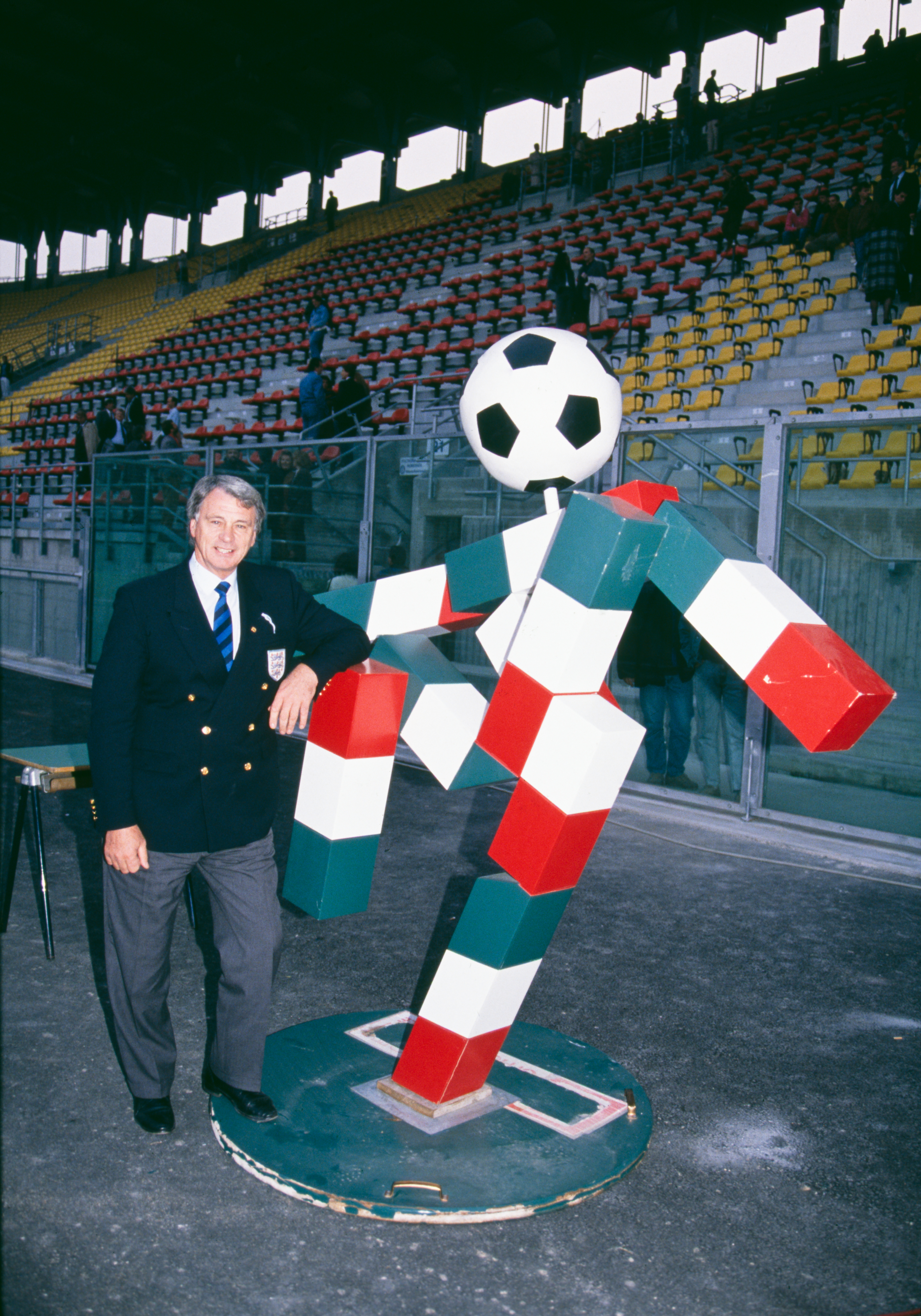 Striker the dog was designed by Warner Brothers, and they chose a dog simply because it is a popular domestic pet in the US. He wore red, white and blue to illustrate the American flag. 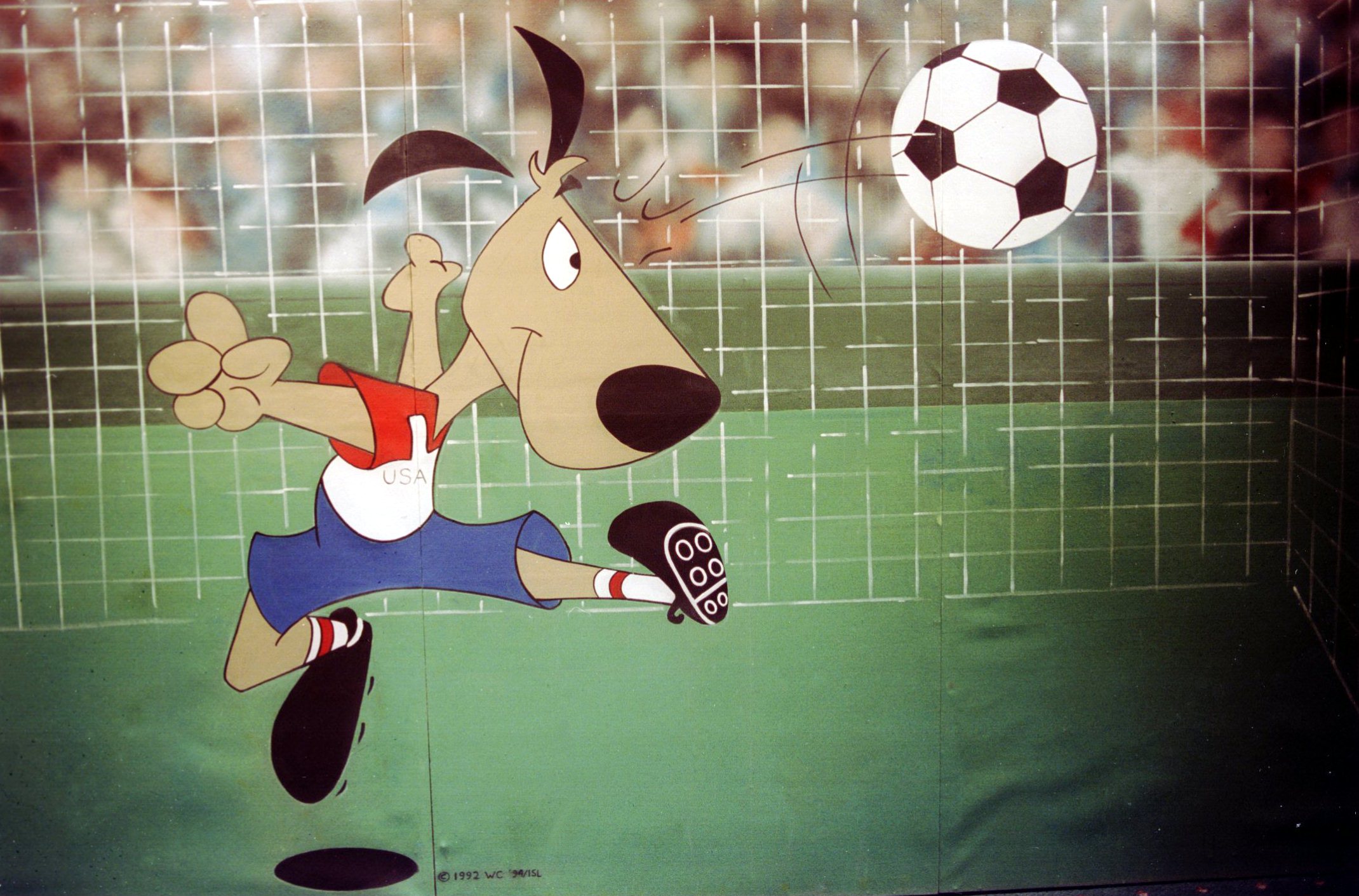 Striker, the mascot for the 1994 World Cup in the United States (Getty Images)

The cockerel is a traditional symbol of France, and graphic designer Fabrice Pialot’s ‘Footix’ design won over five others. He is in the colours of the French flag, and so is the football he holds. 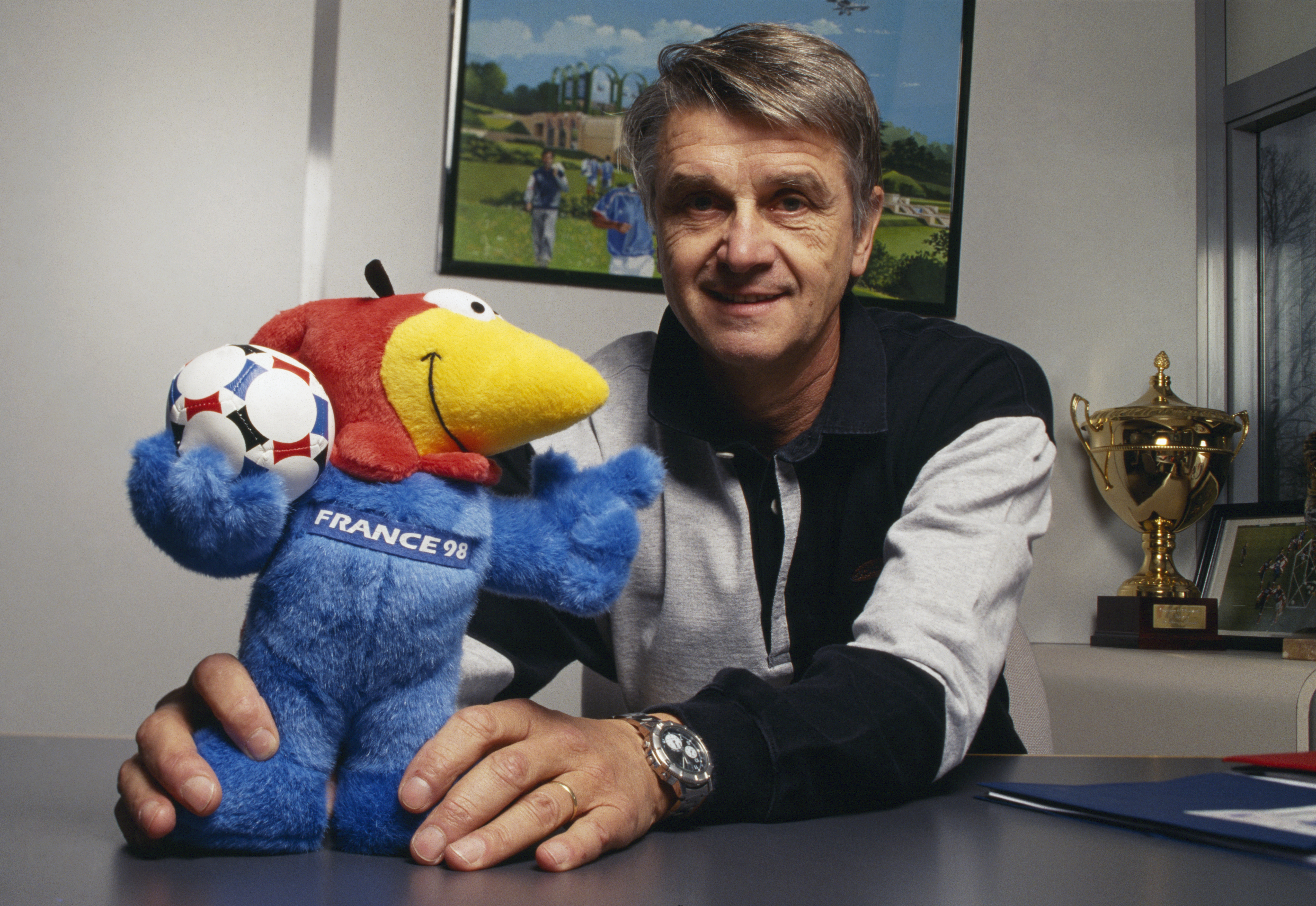 For the first time, the mascots were computer generated and futuristic. The backstory is that Ato (orange/yellow) is the coach and Kaz (purple) and Nik (blue) are the players for a team at the fictional sport of ‘Atmoball’. The colours interestingly, don’t have any connection to South Korea or Japan. 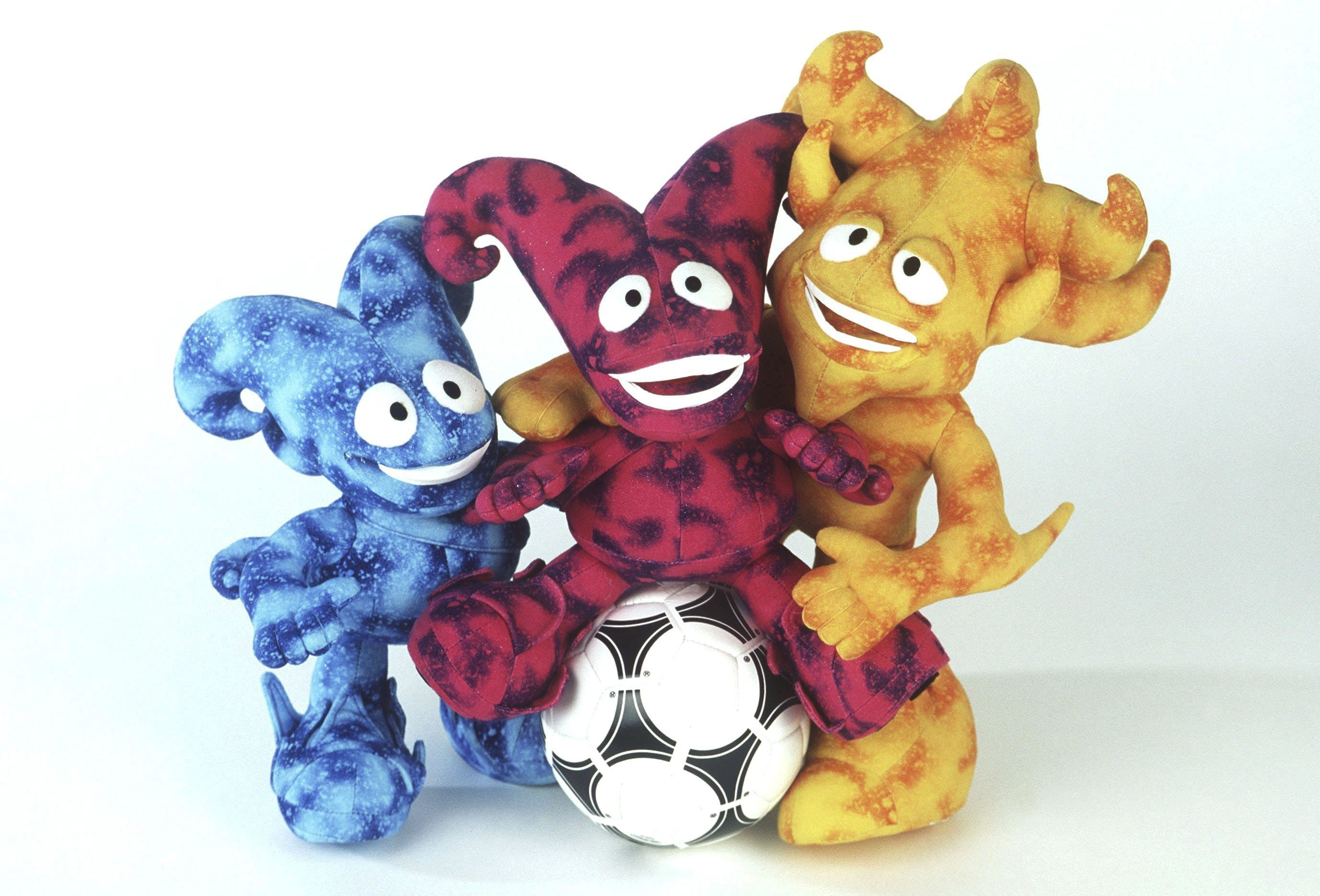 Probably designed at a younger audience, the 2006 mascot included Goleo, the lion, and a talking football called Pille. It did draw criticism too with people calling for a more suitable animal to be chosen to represent Germany, and for him to be wearing trousers. 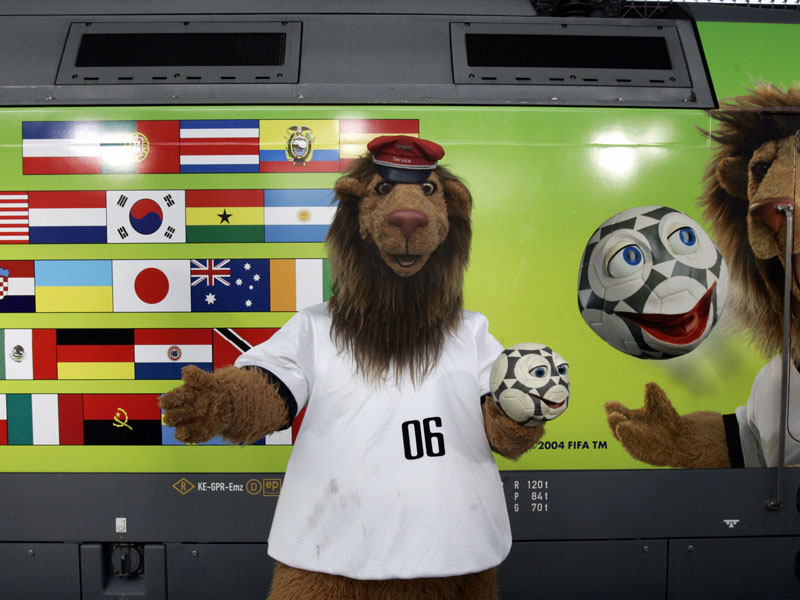 Goleo, and Pille the football were mascots or the 2006 tournament (Getty Images)

The animal trend would continue for South Africa in 2010 with the leopard Zakumi. Coloured in yellow and green to signify the South African colours, his name comes from ‘ZA’ which means South Africa, and ‘Kumi’ which is ten in several African languages. 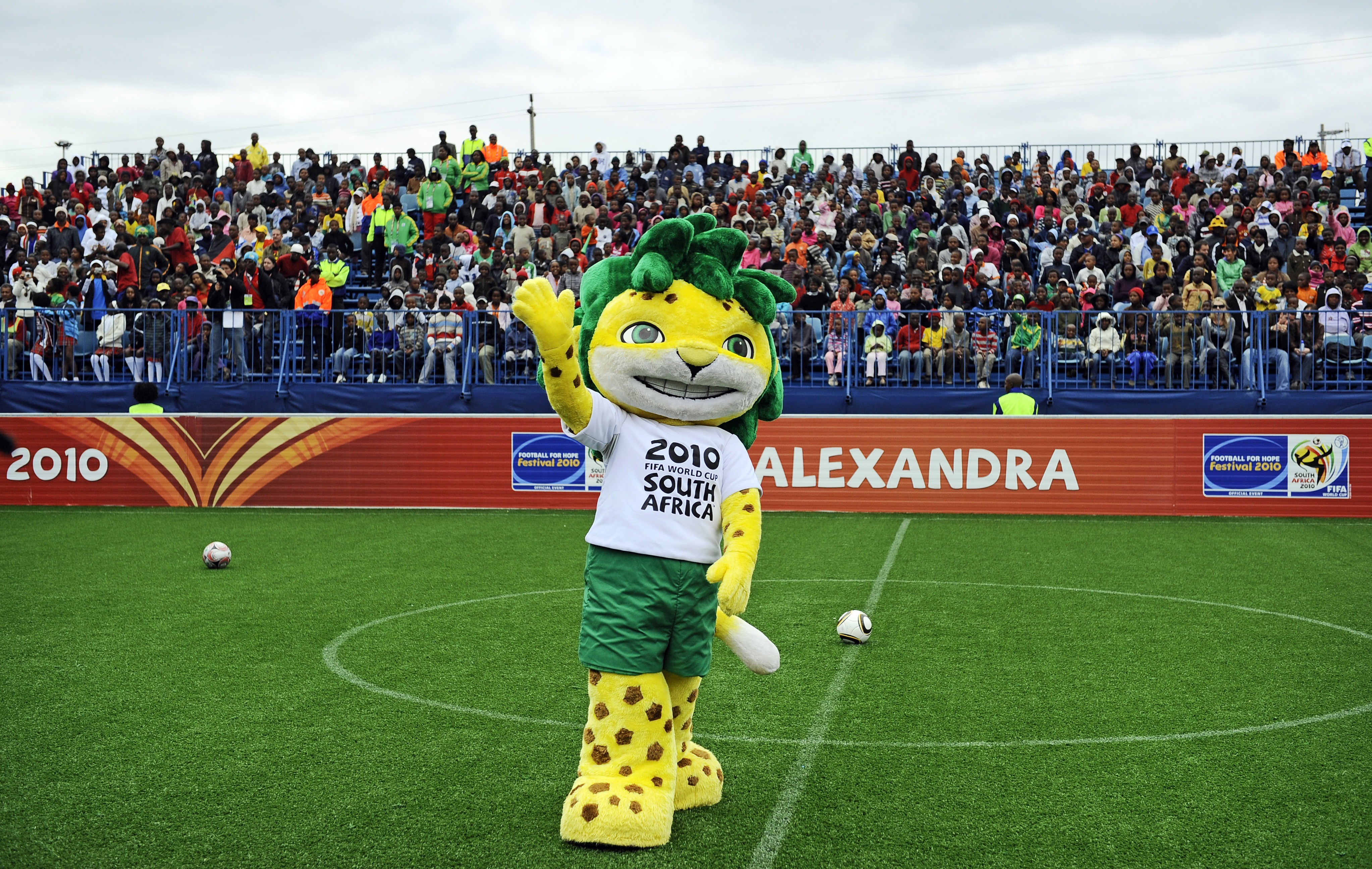 Six Brazilian agencies were tasked with coming up with signs for the 2014 mascot, and Fuleco the armadillo won. Interestingly, Brazil sought to acknowledge environmental issues in this design. This is illustrated by the fact he is a three-banded armadillo, which is vulnerable, and his name Fuleco fuses the word football and ecology in Portuguese. 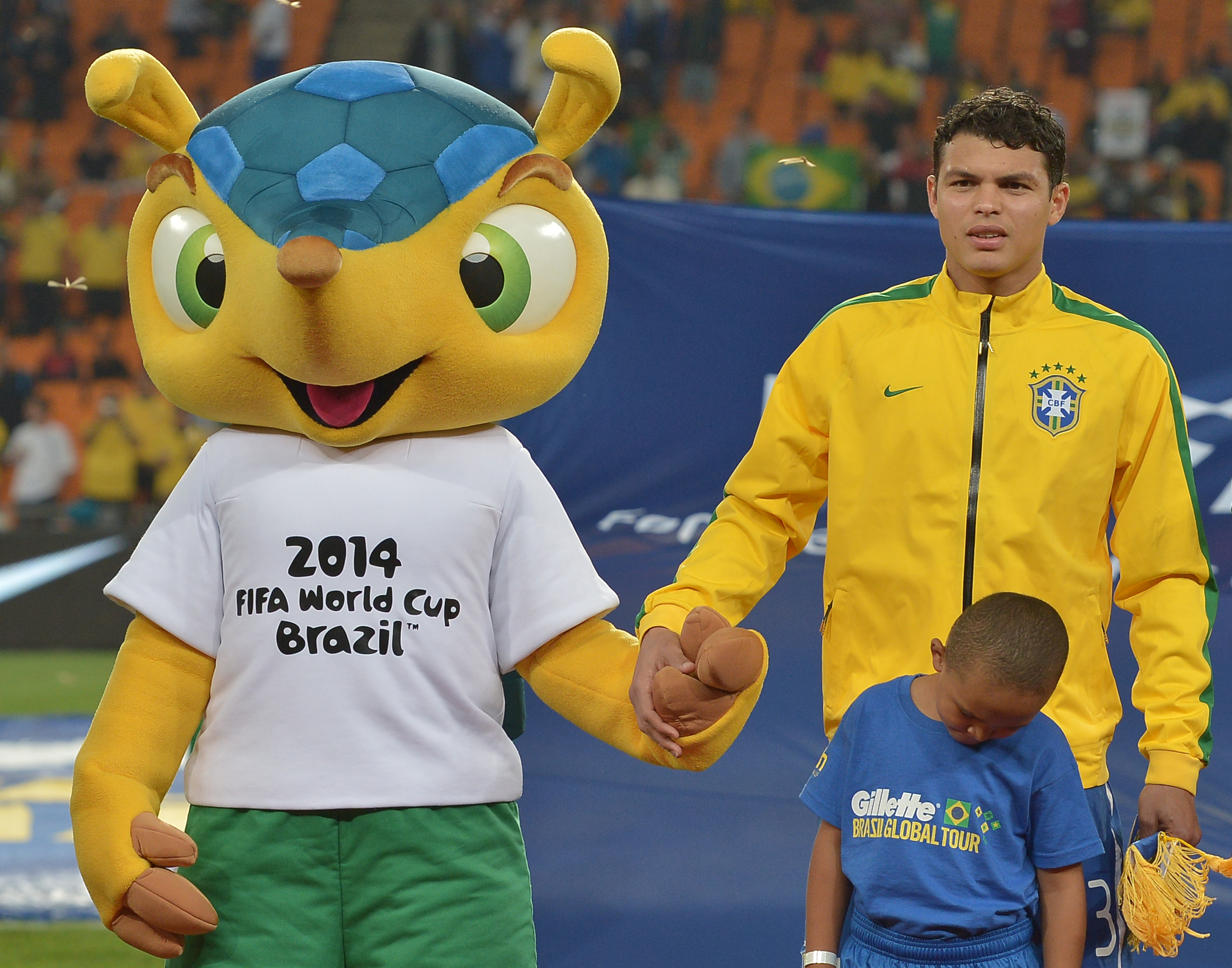 The 2018 tournament’s mascot is Zabivaka which translates to ‘the one who scores’ in Russian. His name was selected by over 1 million voting Russians, and he was revealed on live television. 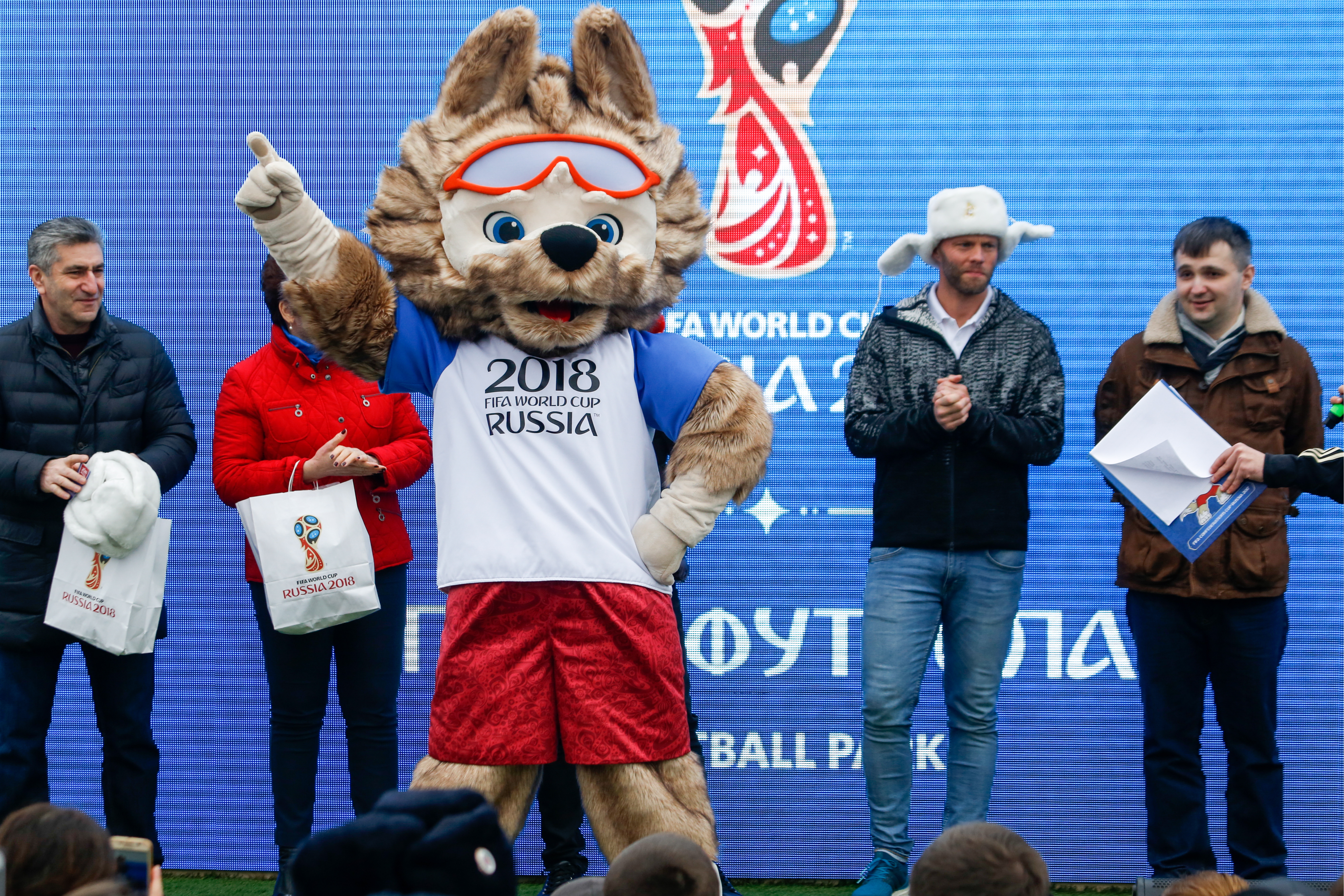