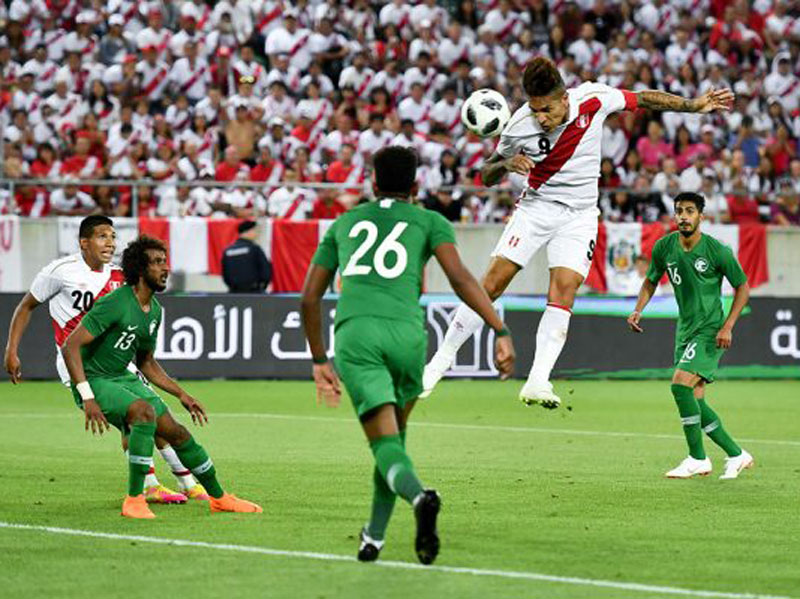 At the end of last August, when Peru were just beginning to show signs of forcing their way into contention for a World Cup place, they played a must-win game, at home to Bolivia.

The Peruvians had to wait until early in the second half to break the deadlock, but quickly went two goals ahead. Playing out the rest of the game should have been straightforward. But Bolivia pulled one back, and with almost the last kick of the game they had a free kick, and the chance to put the ball into the Peruvian box. Aware of the importance of the occasion, the home defence fell to pieces. The ball ricocheted to Bolivia substitute Lionel Justiniano. It looked easier to score – but he blasted the ball over the bar. Had his aim been better, Peru would be waiting at least four more years to return to the World Cup.

Just over nine months later, Peru seem much better prepared to deal with the proximity of success. They have now gone a record 14 games unbeaten, a run which started in March of last year when they came from two goals down to draw away to Venezuela. The sequence comprises two World Cup qualifiers, followed by a couple of friendlies, the match against Bolivia and three more South American qualifiers, the home and away play off against New Zealand when they claimed the last spot in Russia, and then the subsequent warm up friendlies – wins against Croatia, Iceland, Scotland and Sunday’s 3-0 triumph over Saudi Arabia. And they are playing with a staggering amount of confidence.

It is hard to believe that this is the same team that went some 12 years without an away win in World Cup qualification, with barely a draw at take home to Lima. For most of the current century Peru have been alarmingly brittle. Much of this, it seems clear, was the result of a lack of mental strength rather than the consequence of a lack of talent. And once the team had qualified, the doubts and the fears drained away.

An enormous amount of credit is due to Argentine coach Ricardo Gareca, who has brought calm to an environment that, after so many years of disappointment, had become prone to hysteria. He identified a promising group of players and stuck with them – and he also made excellent use of the 2016 Centenary version of the Copa America, when he could spent time with his players, regroup and make some changes of personnel.

Bearing mind that Peru have been drawn against Denmark, France and Australia, the three recent wins over European opposition take on extra significance. Peru’s previous win over a team from Europe was in 1999, when they beat an experimental visiting side from Slovakia. The last triumphs of note came in warm-ups for the 1982 World Cup.

Gareca’s preparation has been tactical as well as psychological. He has worked on keeping his team compact, and is trying to ensure that they do not get caught sitting too deep. This is in part based on an acknowledgement that defending in the air is not Peru’s strongest suit – and it is an area that their group opponents are sure to test.

This makes the final warm-up game, Saturday’s visit to Sweden, especially interesting. The Swedes are opponents who are close in style to Denmark – Peru’s opening World Cup opponents in a match which, with France coming up next, they dare not lose. The only goal Peru have conceded in the last six games came from an Iceland corner. Sweden can be relied upon to put Peru under pressure from set pieces and crosses- just the kind of experience that Gareca’s side need. They struggled to contain the physicality of Burnley’s Chris Wood in the play-off against New Zealand, and were fortunate that Wood was only fit enough to come off the bench in both games. Against the Scandinavians there will be no respite.

The Swedes can help Peru prepare for an aerial barrage.  But they are of little use when it comes to a new psychological test.

Peru’s first World cup since 1982 is a huge event for the nation – and playing in it will bring pressures that Gareca’s side have yet to experience. For sides in a similar situation – Ecuador in 2002, Honduras in 2010, for example – the tournament can seem to move too fast. Not until the third game, by which time it was too late, did these teams show anything like their best football. Peru, though, need to hit the ground running,  Their warm up matches have been full of confident, four man combinations, with some fine passing and movement.  Can they reproduce this level of performance when they walk into the global spotlight?