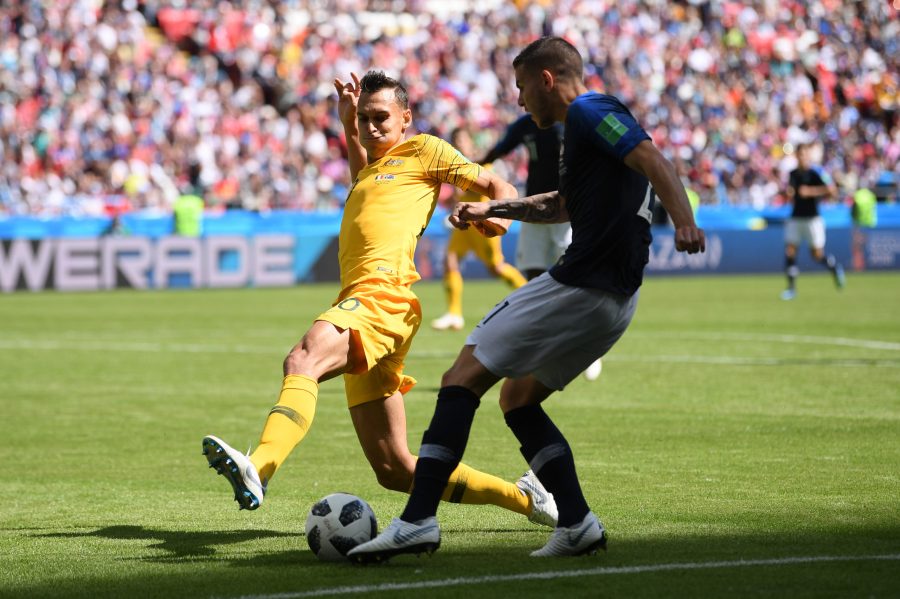 The World Cup Ball designed this year, known as the Telstar 18, was supposed to be tough and durable.

But in a match between France and Australia, it soon became clear that any strong tackle could bust the thing quite easily.

In a challenge from Trent Sainsbury on Lucas Hernandez, the Australian tackled the Frenchman so hard the ball burst. The moment made quite an impression on Twitter as shown below.

Trent Sainsbury has been colossal for Australia at centre half in this first 45. Covering everything. Actually tackled someone so hard he burst the ball too.

Grasshoppers defender Trent Sainsbury has looked particularly strong. At one point he popped a ball, which is clearly intimidation mindgames.

That wasn’t the only issue in the game. On more than once occasion France were left waiting for a ball to be used to the corner. It appears as if their is some kinf od shortage in Kazan today.

In a game France were expected to run away with, Australia showed they were up for a fight in the first half as they weathered the early storm and kept them at bay. Even with incredible stars like Kylian Mbappe, Ousmane Dembele and Antoine Griezmann on the pitch, France could not break down the Socceroos.

In fact they were lucky to not go a goal behind after a teasing ball by Aaron Mooy came off Corentin Tolisso and nearly into the net.

France do still have immense depth on the bench who are sure to come on and make a difference in the opening game of the day.

In fact there are four games today with Argentina, Croatia, Peru, Denmark, Nigeria and Iceland all in action too.