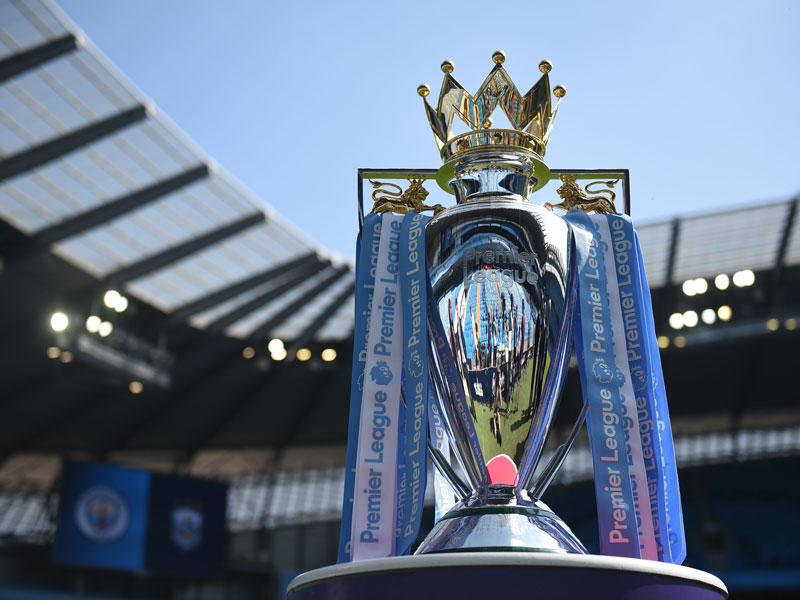 Can anybody stop Pep Guardiola’s Manchester City? Last season, City swept away all comers on their way to the title, breaking records effortlessly and playing some wonderful attacking football. Able to take a back seat and watch their nearest challengers sweat in the transfer market, City enjoyed a relatively quiet summer after the excesses of recent years – aside from the small matter of Riyad Mahrez arriving from Leicester City for a club record £60million in a deal they had tried to complete in January. Guardiola’s team, even without any further additions, will be the team to beat. So who could challenge?

Across town, the signs coming out of Manchester United are not promising. Jose Mourinho spent most of pre-season moaning about the club’s lack of transfer dealings, complaining: “I would like two more players. I don’t think I’m going to have two. I think it’s possible I’m going to have one. I gave my club a list of five names a few months ago. I wait to see if it’s possible to have one of these players.” 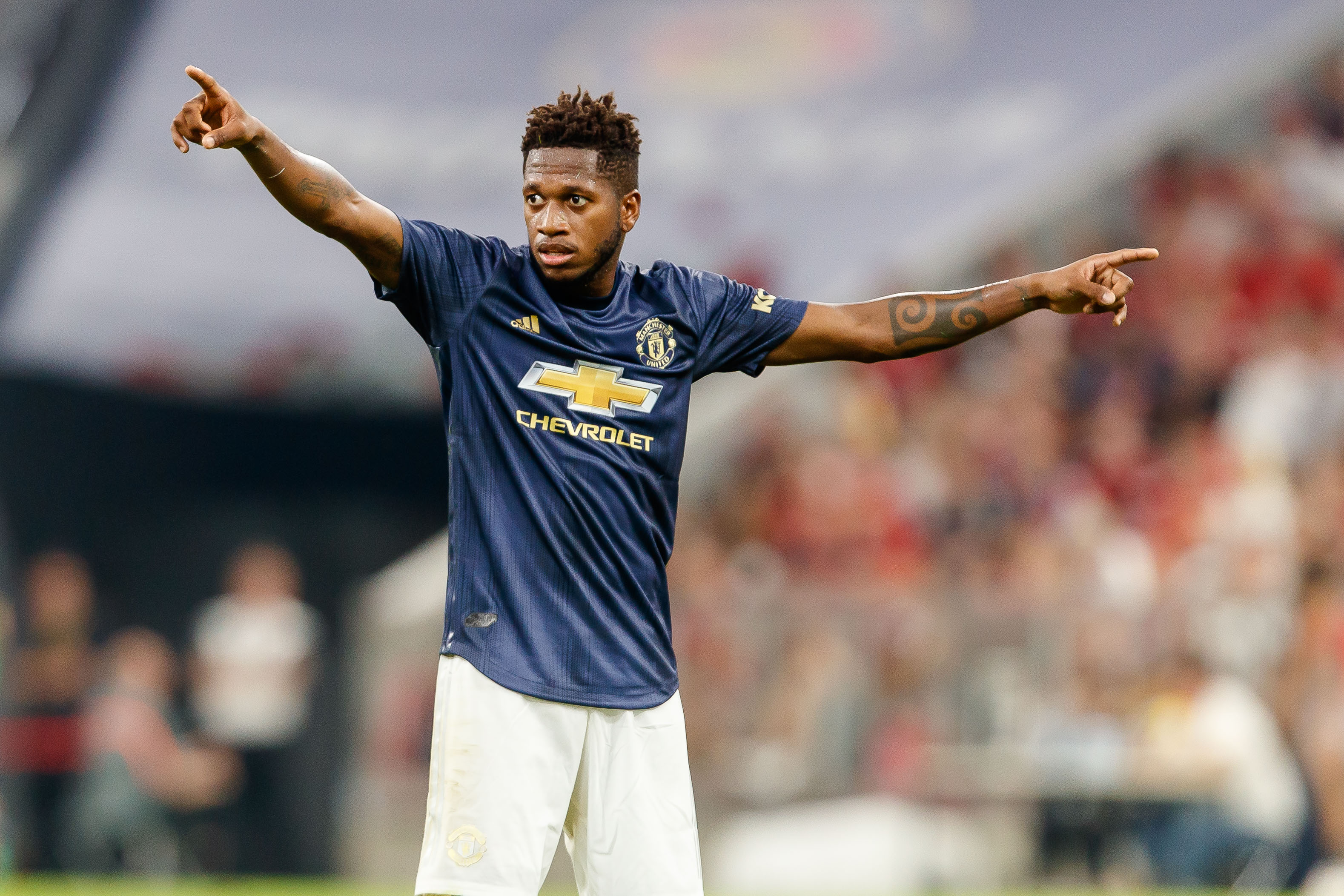 Mourinho made those comments despite spending £55m on Shakhtar Donetsk midfielder Fred and £20m on defender Diogo Dalot from Porto. The manager’s unhappiness may be another of Mourinho’s long-favoured ruses to take the heat off his players, but all the signs are that the problems run deeper. Mourinho’s long-time assistant Rui Faria has ended their association so this was the Portuguese’s first pre-season without him.

Another troubling matter for Mourinho was that a number of United players – Paul Pogba, Romelu Lukaku, Marouane Fellaini, Marcus Rashford – performed
well at the World Cup, prompting questions as to why Mourinho, the master motivator, could not get similar levels from them last season. Mourinho was quick to attack Liverpool’s summer spending and that was a recognition that last season’s Champions League runners-up could be the most serious title rivals for Manchester City. 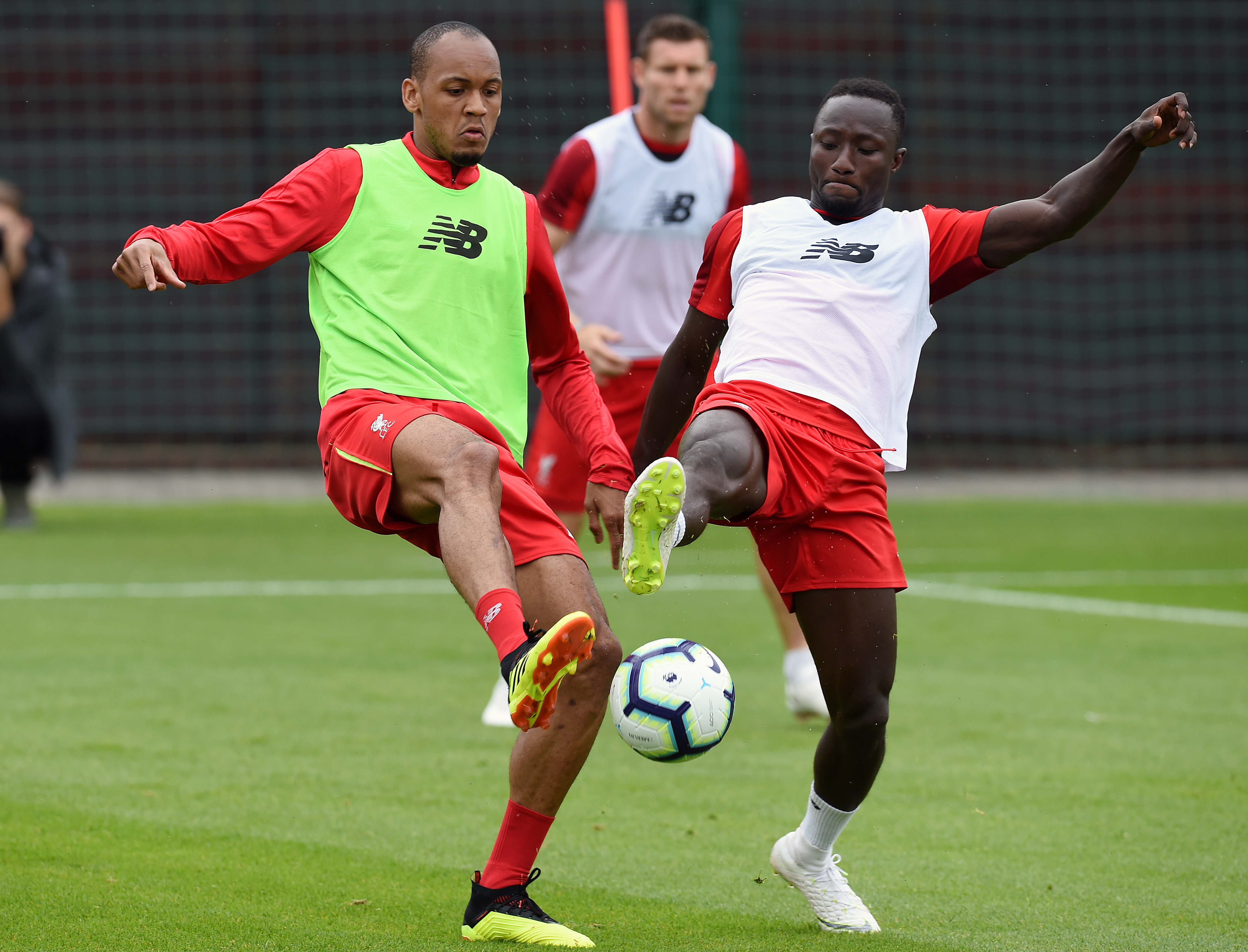 Liverpool’s acquisition of Naby Keita, Fabinho, Alisson and Xherdan Shaqiri for a total of £167m means Jurgen Klopp has spent more this summer than during his entire seven-year tenure at Borussia Dortmund. The club’s summer spending was partly funded by the remaining proceeds of Philippe Coutinho’s January sale to Barcelona. And when you add in the January signings of Virgil Van Dijk and Alex Oxlade-Chamberlain, Liverpool have by far the most improved squad compared to 12 months ago.

The most intriguing of the top six – and indeed the most difficult to analyse – are Chelsea, who made the bold appointment of Maurizio Sarri after relations with Antonio Conte broke down irrevocably. The new man faces a struggle to impose his bold playing style on Chelsea, and a lack of Champions League football has proved problematic in attracting and retaining players. Russia midfielder Aleksandr Golovin chose Monaco ahead of London, while speculation persists over the future of Eden Hazard. Thibaut Courtois has signed for Real Madrid prompting Chelsea to sign Athletic Bilbao keeper Kepa Arrizabalaga.

Italian midfielder Jorginho, also coveted by Guardiola, followed his former boss from Napoli and will be a vital cog in a new-look midfield. It remains to be seen whether Ruben Loftus-Cheek has a future at the club. He played his way into England’s World Cup squad last term after enjoying a run of first-team action – the first of his career – at Crystal Palace, and has indicated that he wants to compete for a place at Chelsea, although Sarri has yet to give him the right assurances. 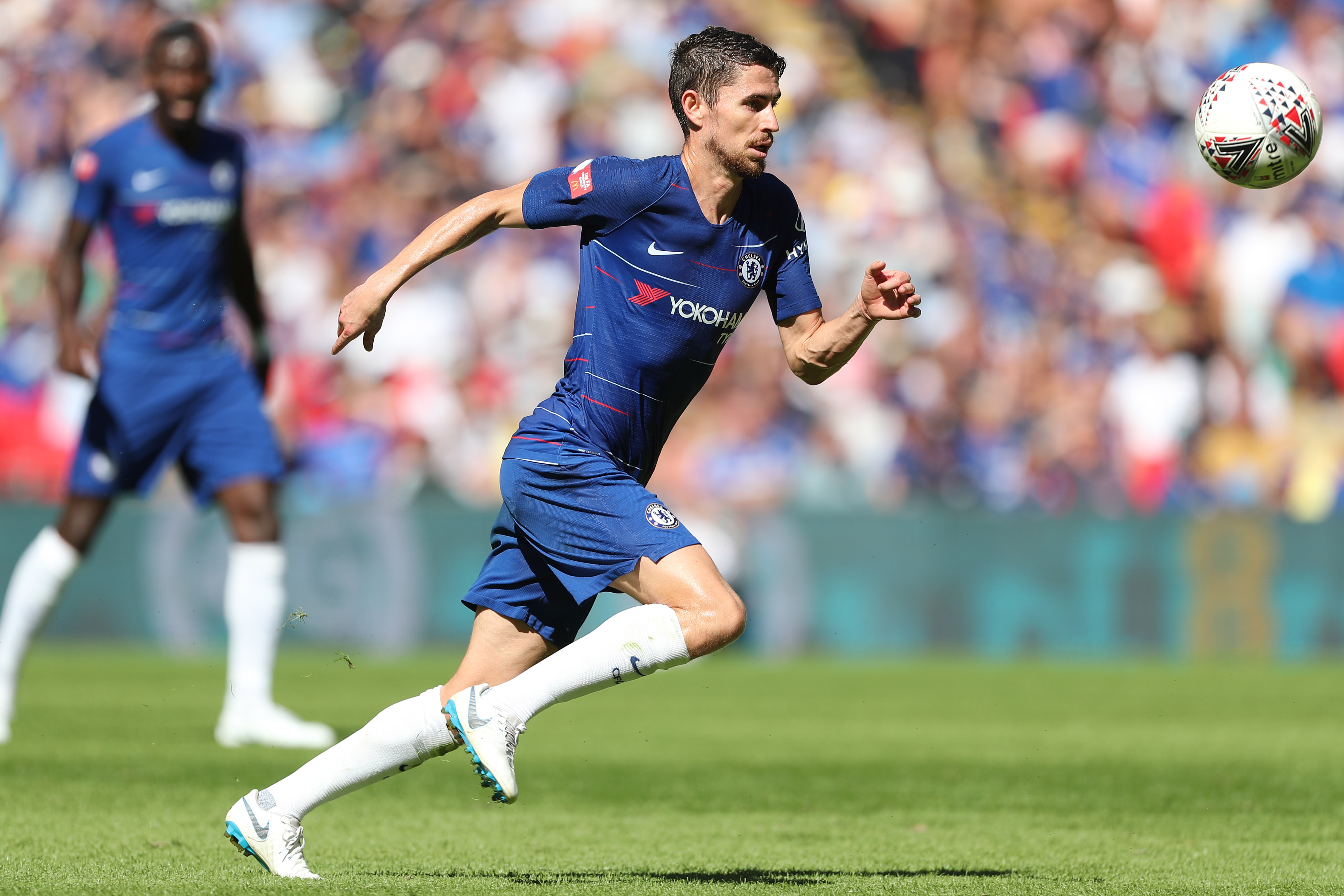 Chelsea’s summer was not helped by the late appointment of Sarri, who was not presented to the media until July 18, amid uncertainty over who is calling the shots at the club. Owner Roman Abramovich continues to devolve responsibility to Marina Granovskaia and is likely to be spending less time in the capital and more in Israel following the refusal of his UK visa renewal. Abramovich pulled the plug on ambitious plans for a redeveloped stadium and the club have yet to appoint a permanent replacement for technical director Michael Emenalo, now at Monaco, who was the architect of the club’s controversial but extensive network of talented loanees.

In contrast, across town at Arsenal, a whole new management structure is in place following the end of Arsene Wenger’s 22-year tenure. Unai Emery arrives from Paris Saint-Germain with a remit to coach the first team, but power has been devolved to Barcelona’s former director of football Raul Sanllehi, the new head of football relations, and Sven Mislintat, the chief scout hired from Borussia Dortmund. Like Chelsea, they face the challenge of combining a Europa League campaign with a bid to return to the top four – though it may take some time before that happens. 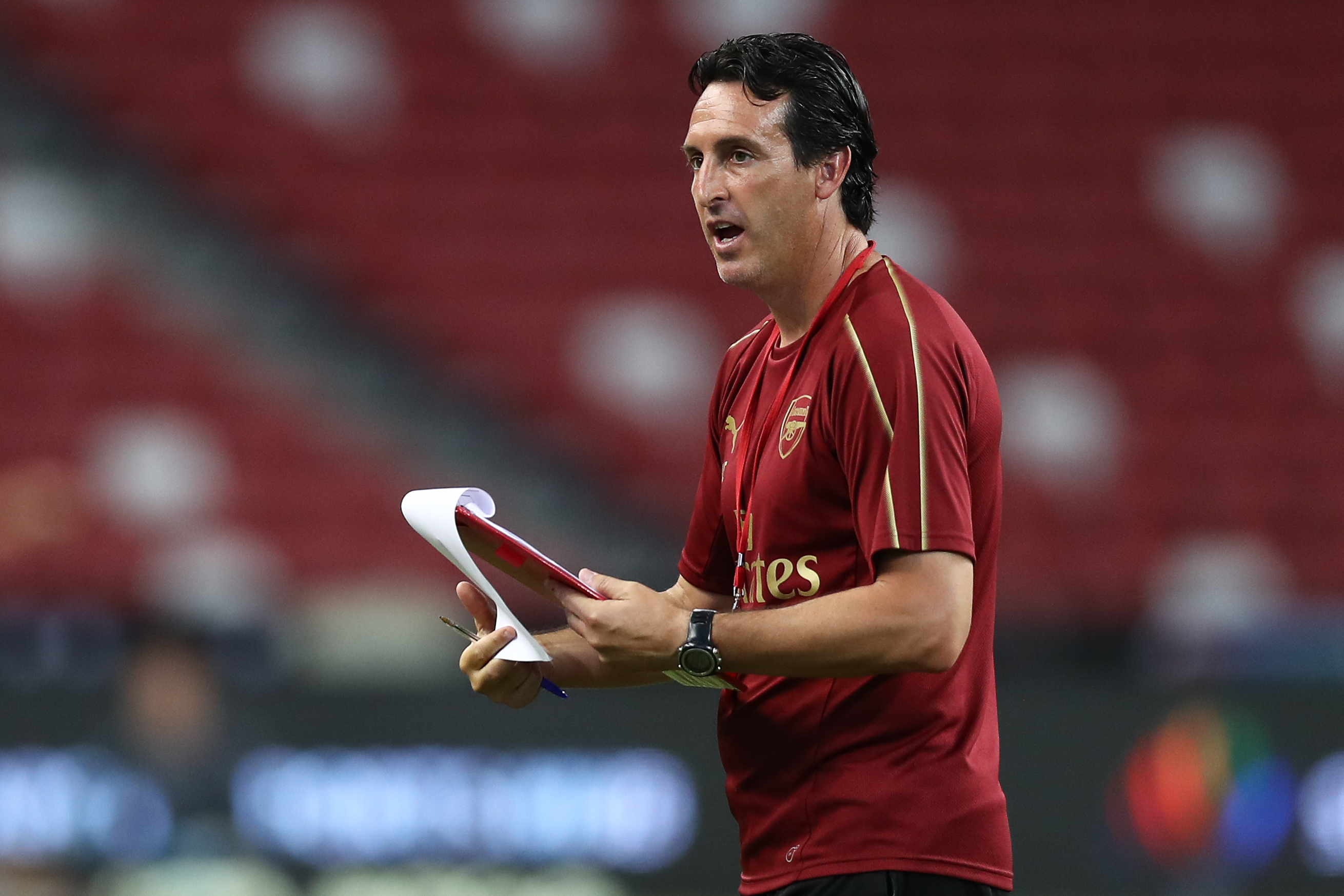 North London rivals Tottenham Hotspur are bracing themselves for a return to White Hart Lane but rising stadium rebuild costs have impacted on their transfer business. Club chairman Daniel Levy has a tendency to conduct late negotiations but funds are limited, prompting talk of a swap deal involving Toby Alderweireld and Manchester United’s Anthony Martial. 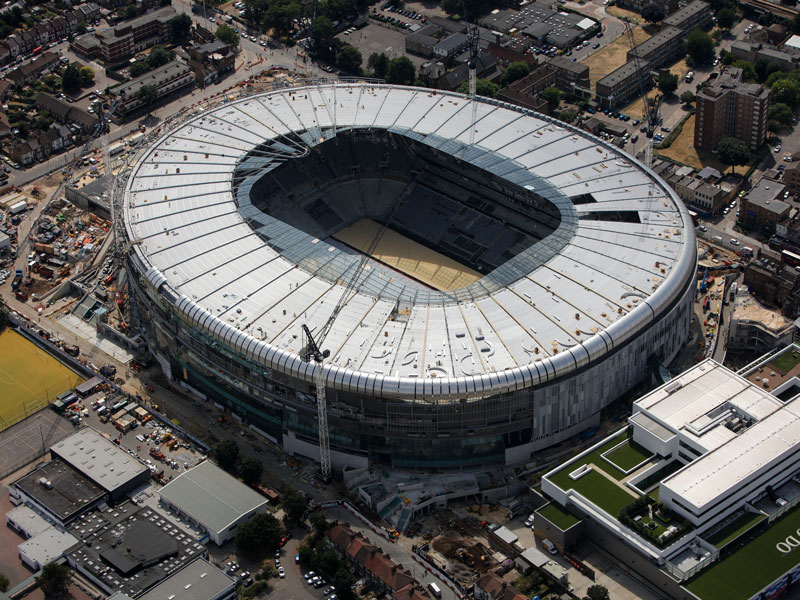 The big six are a class apart from the remainder of the league. Burnley, Everton, Leicester City and Newcastle United will have ambitions to challenge for the Europa League. So too will West Ham United, after an ambitious summer recruitment programme that saw Manuel Pellegrini return to England. The Hammers have made some bold signings, notably Jack Wilshere, Felipe Anderson and Andriy Yarmolenko.

But the likes of Newcastle and even Burnley may yet get dragged into a relegation battle. The lesson from last season – when West Bromwich Albion, Stoke City and Swansea City were relegated – is that failure to reinforce in the transfer market can leave any team vulnerable to the drop. The quality of players signed this summer by promoted sides Wolverhampton Wanderers and Fulham suggests there could be some unpleasant surprises for one or two Premier League regulars come May.