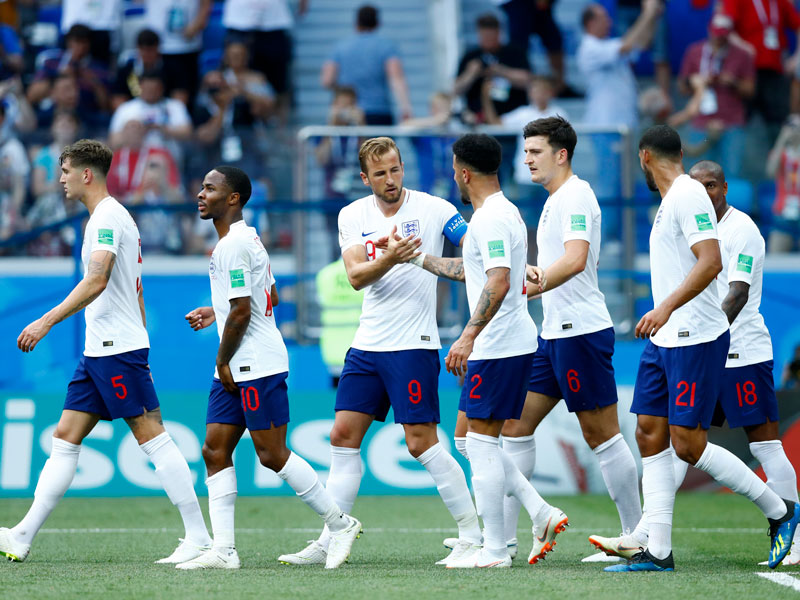 Brian Glanville: So Far, So Predictable For England

Whither England? They have duly qualified for the next round of the World Cup as so indeed they should against such indifferent opposition. The coming match against Belgium, surely a favourite for the tournament, will be a mere formality. The Belgians are very likely, according to their manager Martinez to put out what amounts to a reserve side.

Although they were denied two plain penalties for fouls on Harry Kane by an inept referee who also gave an unlikely looking spot-kick to Tunisia, the fact remains that England only scraped through 2-1 with a very late goal against far from formidable opposition.

And it still baffles me that Gareth Southgate kept Dele Alli on the field long after it was quite plain that he was carrying an injury. Still, that ultimately gave the opportunity to send on the talented Loftus-Cheek, who looks closer to a playmaker than anybody else in the party. He should certainly remain a first choice, or who else is there to provide the passes that Kane and co need?

I can visualise England getting through the next round too but would like to see both Manchester United forwards Marcus Rashford and Jesse Lingard in attack.

No Jack Wilshere of course and now he is to be jettisoned even by an Arsenal club where he has been since he was nine years old. To jettison him in the way he has been seem doubly mistaken. Arsenal have signed several new players of no great renown, including a Juventus defender, Lichtsteiner, now 33 years old. It clearly remains to be seen if the Arsenal attack can click without Wilshere.

So much for the strategic side but in economic terms it seems absurd of the club to get rid of him weeks before his contract runs out and he thus becomes a free agent. Had they re-signed him, however cynically, at least they could have pocketed a hefty price when he went.

Arsenal, whose spending in the transfer market has been restricted to just £50million, have plenty of available talent. Two star and costly strikers, Aaron Ramsey who has just been offered a new contract, and the £350,000-a-week Ozil, so effective on those sporadic occasions when he puts his mind to it.

If I were to pick an outstanding player in the Russian tournament it would unquestionably be Portugal‘s Cristiano Ronaldo. Who has pulled so much more of his weight than such gilded rivals as Neymar and Messi, who contrived to miss a vital penalty for Argentina and so far looks nothing like the player he was at the last stages of the previous World Cup.

Ronaldo scored that fulminating free-kick goal which gave Portugal that undeserved draw against Spain; whose celebrated goalkeeper blundered horribly and so untypically to give the Portuguese a goal.

The sublimely versatile Ronaldo can we know head spectacular goals as well but I would heap praise on the one he swooped to score, impervious of flying boots, to squeeze past Morocco.

Neymar has jewelled moments occasionally but too often cuts a petulant figure in a Brazilian team in which the parts so far seem substantially greater then the whole.

Having gone down with a crash against Mexico, outplayed by their opponents’ speed and drive in the first half, Germany proceeded to show their famous resilience when it came to the match against Sweden. Giving away the first goal, raising previous doubts about their defence, they managed to equalise when they found themselves reduced to 10 men by expulsion; yet they still managed to curl in a supremely inswinging right footer from the left flank to take a game in which they had seemed resourceful even if they drew. After that early awful first half against an inspired Mexican team they seemed to have found their bearings.

The Nigerians, so disappointing recently at Wembley and slow to get into their stride in Russia, at least found it splendidly against Iceland. Croatia had beaten them comfortably (Modric was in command but he faces prosecution at home) but the second half display against Iceland was a showcase for their attacking talents.

Russia? There have been suspicions about their bright, hard-running start and who can be surprised after their appalling record of doping and concealment at the Olympics. Still didn’t Germany dope their way to winning the World Cup Final of 1954?